Richard Sherman on Kaepernick saga: "It's about, Boy stay in your place" 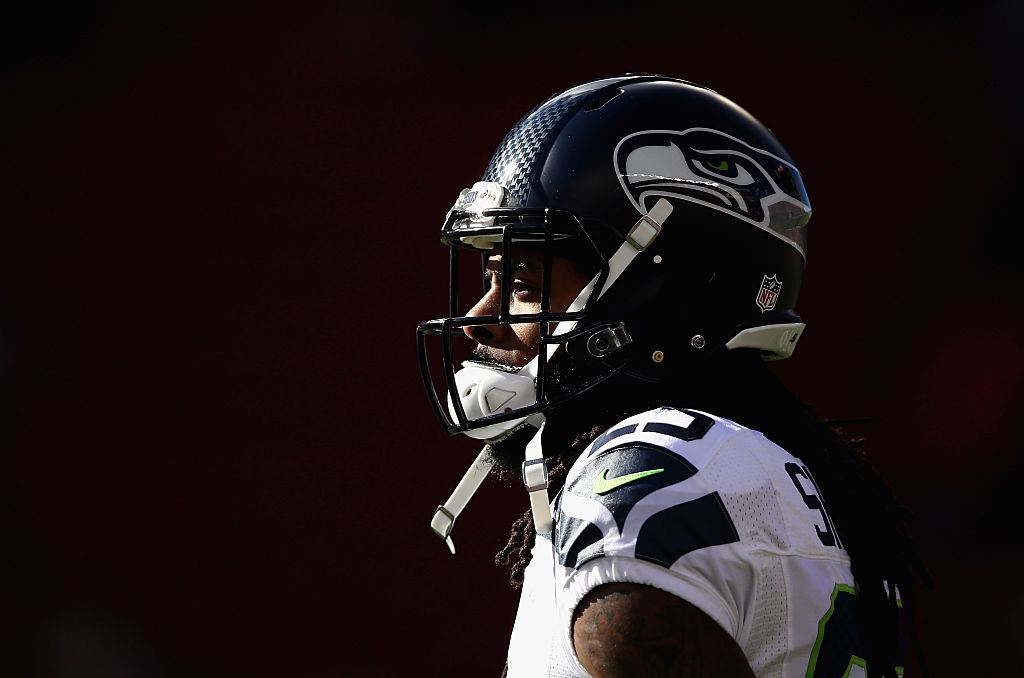 Richard Sherman on Kaepernick saga: "It's about, Boy stay in your place"

NFL training camps are in full force across the country and quarterback Colin Kaepernick still remains unsigned. Late last week, rumors began heating up about Kaepernick potentially joining the Baltimore Ravens. But to no avail, the Ravens have not signed the 29-year old dual threat quarterback yet, instead opting for the likes of David Olson and Josh Woodrum.

On Wednesday afternoon, Diana Russini of ESPN reported that Ravens head coach John Harbaugh and G.M. Ozzie Newsome want to sign Kaepernick, but they are receiving resistance from owner Steve Bisciotti. Later in the day, however, the team issued a statement debunking that report.

Nevertheless, any way you look at this situation around Kaepernick, something does not seem right. A guy, who did not do anything wrong but invoked his first amendment rights, is getting “blackballed.”

While we all have our opinions in regards to this ongoing story, none of us are NFL players or employees for the league. Thankfully, we do have Seattle Seahawks cornerback Richard Sherman, who is one of the most outspoken but eloquent speakers in the NFL.

Sherman sat down with USA Today’s Jarrett Bell and hits the nail on the head when it comes to the Kaepernick saga.

“What is it about?” Sherman said to Bell. “It’s not about football or color. It’s about, ‘Boy, stay in your place.’

That is a plain and clear cut answer on why Kaepernick isn’t playing. He did not fall in line but instead, spoke out about an injustice, and ultimately controlled the situation.

Sherman went on to talk about how Kaepernick played well in Chip Kelly’s system and is better than a lot of starting quarterbacks in the league right now.

“He played in Chip (Kelly)’s system last year and went 16-4 (TD-to-INT ratio) on a bad team. He played well because he’s a good football player. He may not be the best, but he’s better than a lot of these dudes starting.”

Once again, Sherman hits the nail on the head. We can go down the list of teams and say Kaepernick could be a starter there. Unfortunately, that discussion has not even happened. When you have players such as E.J. Manuel, Geno Smith, Dan Orlovsky, Josh McCown, Ryan Mallett, and Luke McCown all getting backup opportunities, but not a quarterback who played in a Super Bowl. There is something fundamentally wrong.

Finally, Sherman also mentions in his interview with Bell that not a lot of players are willing to speak up. However, he does bring up his teammate defensive end Michael Bennett, who is very outspoken and gave a strong comment to USA TODAY.

“I think it shows the racial divide in the league,” Bennett said. “There are (accused) rapists and drunk drivers in the league. But he’s somebody who didn’t do anything to anybody. But you hear owners say, ‘We have to ask our fan base first.’ But the Giants kept Josh Brown (amid a domestic violence issue). Ben Roethlisberger has been accused of rape twice. The organization didn’t turn their back on him. They gave him a contract extension. Kaepernick didn’t do anything. That’s why racism is the biggest issue in America.”

Mic drop… there’s nothing else to say here. The football is on your side of the field NFL and right now, you are fumbling it away.