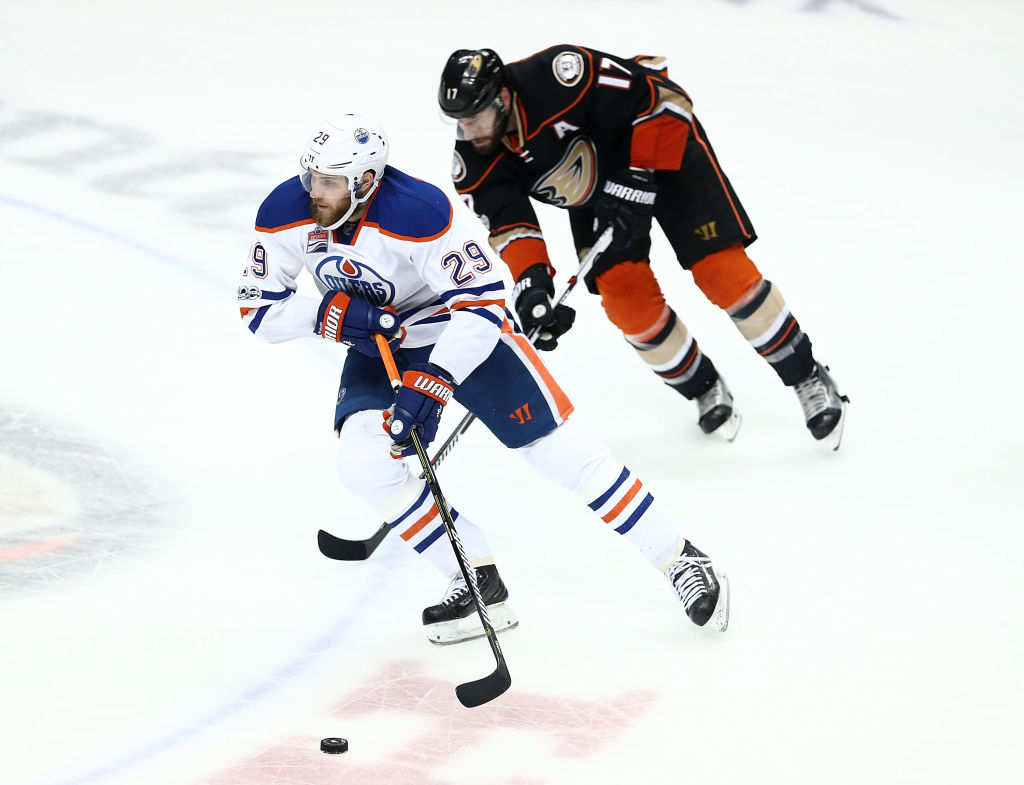 So here we are, the dog days of summer. The calendar has turned to August and the hockey news has crawled to a complete halt. We are about two months away from opening night and roughly six weeks away from training camps opening up. Until then, we’ll have to hold ourselves over with speculation and summer junior tournaments.

Oiler fans are lucky in one sense, that we are likely to see some news this month. Why? Well the club still has to sign Leon Draisaitl to a new contract and I’d be stunned if it carried over into September and by extension into training camp.

Is Ryan Johansen’s eight year deal worth $8 million a year a fair comparable? Preston Hodgkinson wrote here last week about it, but I’ll still give my brief thoughts.

At first glance, I thought it was, but I’m not sure after thinking long and hard on it. Johansen has a longer track record of production, got more UFA years bought, and was going onto his third contract. Draisaitl has one very good season and one great season under his belt while coming off of his entry level deal.

If David Pastrnak, a similar player on a similar career path, gets his rumored $6 million a year on a six year deal, is it fair to suggest that Draisaitl may fall in the middle of those two at $7 million per season? It seems simple, but it makes a lot of sense and in my mind properly pays Leon.

If it’s seven or eight years by $7 million a year, I’m signing the deal in a heartbeat. Suspect Leon is currently looking for more at this time. Either way, I suspect this gets done this month.

Kailer Yamamoto is on the ice and playing for Team USA at the World Junior Summer Showcase in Michigan. Edmonton’s first round pick in this past June’s draft is the smallest player on the ice this week, but he’s producing like one of the big guns.

Yamamoto posted two assists in Tuesday’s Team USA White win over Team Canada Red, and had three points (1-2-3) in three games for the squad. He’s shown off his offensive chops this week by setting up two goals Tuesday, scoring against Sweden on Sunday and firing three shots on goal Saturday in a win over Finland.

Yesterday, Yamamoto played for a joint American team against Sweden, scoring his second goal of the event on his only shot. His line, as expected, dominated for most of the afternoon in Michigan.

The USA won the World Juniors last winter and will have another strong entry this coming year. Yamamoto, barring an NHL job or injury, should be part of that team and should be one of the team’s better offensive options.

He’s not a lock, however, and will need to have a strong WHL season to earn that spot. Why isn’t he a lock? Team USA generally only carries so many skilled players, evident last year when they left OHL-leading scorer Alex DeBrincat home from the event.

I’d still wager on Yamamoto making that team, however. He’s got a huge year ahead of him in Spokane if that’s where he ends up.

Both Dylan Wells and Stuart Skinner are at the Summer Showcase as well, dressing for Team Canada Red. Neither was good Tuesday, as Skinner allowed three goals on nine shots while Wells surrendered five goals on 22 shots in just 36:14.

Edmonton jumped up to get Skinner in the draft, but he’s still well off from professional hockey and will spend next season in the WHL. Wells, who will return to the OHL for his final junior season, is in an interesting spot.

I didn’t think much of him when drafted, but he was spectacular last season and could cement himself as a legit prospect of note with another good season this year. Tuesday was disappointing, however. I’m expecting Wells to make Team Canada but his first audition couldn’t have gone worse. I’m interested in how he will bounce back at this showcase. That will tell us a lot about him.

* I still think the Oilers need a right winger, and wonder if they will go the training camp invite route to find one. The club very well could bet on Drake Caggiula, Anton Slepyshev and Jesse Puljujarvi, but that is risky and could backfire in a big way. Drew Stafford, Jimmy Hayes, PA Parenteau and Alex Chiasson all make some sense.

* Justin Fontaine has signed in the KHL according to reports. Fontaine was brought over from the Rangers at the deadline and skated for Bakersfield, but never made it to Edmonton. With the additions of summer, it isn’t a surprise Fontaine headed to Europe, but I had hopes of him returning. I still think he is a solid tweener option. Suspect he’ll be back in North America at some point.

* I’ve seen a lot of people upset with Peter Chiarelli’s  work this summer, and I understand that. I’m not a fan of the Eberle-for-Strome deal and I do think there still is a fixable hole or two. That said, I understand why Chiarelli is going into the season with ample cap space. The club will most likely make the playoffs and should be a Cup contender. As constructed, Chiarelli should be able to figure out his holes and go shopping at the deadline in a major way. The Oilers will have ample cap space and could be a big time player. Chiarelli did this before in Boston and it paid off in a big way. I understand why many are skeptical of him, but I’m a believer in his work for the most part and trust him with this one. It could be a very active deadline for the club if they have this kind of cap space come that time.