NBA Rookie Ladder: An Early Examination of the Upcoming Race for ROY 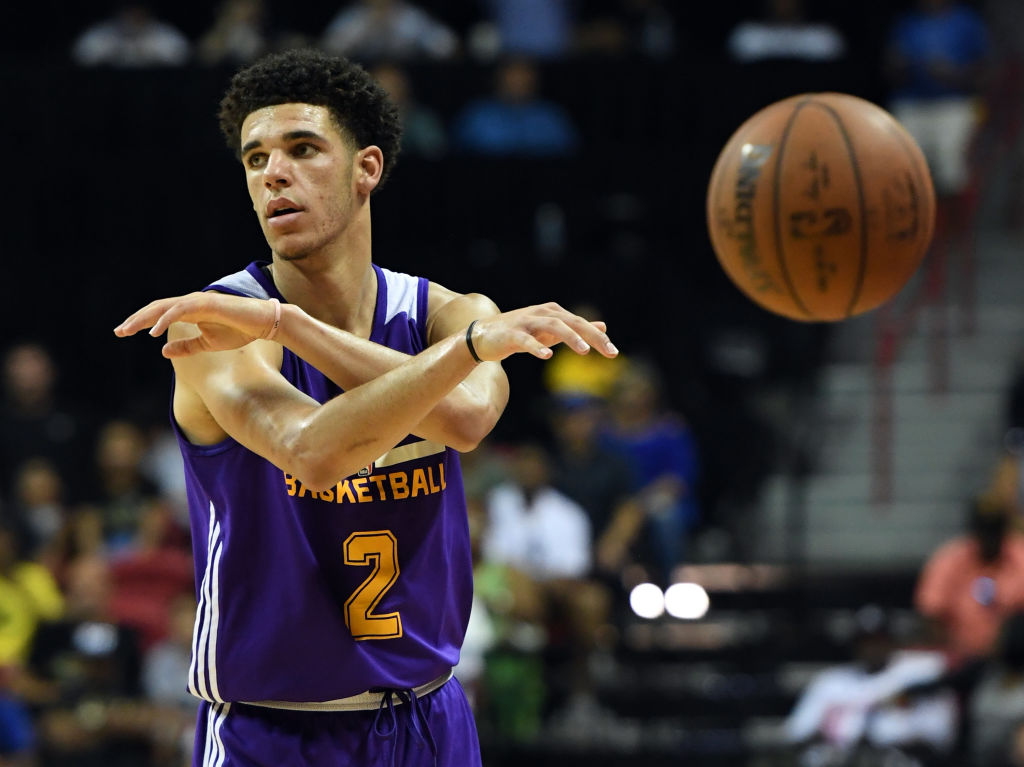 NBA Rookie Ladder: An Early Examination of the Upcoming Race for ROY

Unlike many of the NBA’s individual awards, Rookie of the Year occasionally goes to someone who’s strictly filling up box scores. Playing well for a winning team helps, but it can only do so much if you’re not putting up stats. In other words, ROY can be more about opportunity than effectiveness. With that being said, this won’t be one of those seasons where a future flameout wins the award. The incoming rookie class has a chance to be especially deep and star-studded.

Without further ado, here’s my offseason ladder featuring the likeliest 2018 Rookie of the Year award winners.

Ball’s brilliance on the basketball court, especially as a passer, is ushering in an entertaining, infectiously pass-happy style of play. Luke Walton is perhaps the perfect coach to oversee Lonzo’s leap to the professional stage, and Magic Johnson may be the mentor made in heaven.

With the Lakers signing Kentavious Caldwell-Pope and acquiring Brook Lopez, it’s at least conceivable that this young team could eclipse the Clippers in the win column. Unlikely, yes, but definitely not impossible. Whether the Lakers win 25, 30, or 40 games, Ball will likely provide the assist average and highlight-reel happenings needed to keep his name towards the top of the race for ROY.

Smith sent shockwaves through the desert, scoring at-will while showcasing scary athleticism and sound decision making in the Las Vegas summer league. Dallas makes for good underdogs when it comes to filling out the bottom half of the Western Conference playoff picture, and Dennis should immediately claim the starting point guard spot for a club with a sterling offensive reputation.

Rest assured: if the Mavericks do indeed come to terms with Nerlens Noel and then manage to snag a playoff berth, it will be no small thanks to Smith.

The Eastern Conference is considerably weaker than it was last year, and the Sixers should be much stronger. A playoff appearance would help Philly’s overall odds here. Simmons and Fultz fall to three and four respectively on this list simply because they suit up for the same squad. Not only will they have to outshine the rest of the class, they’ll have to outshine each other while playing off Joel Embiid.

Like Lonzo Ball, Simmons will be expected to hand out a triple double before the season is over. Ball seems similar to Jason Kidd in a lot of ways. It’s not hard to imagine him bulking up and becoming a strong defender given his feel for the game. Meanwhile, Big Ben’s combination of size and passing makes Magic his primary comparison when it comes to his ceiling, and large Rajon Rondo his probable floor.

Fultz is going to be fun to watch, that much is certain. And it will be rather interesting to see how he adapts given that Simmons will usually be running the point and Embiid serving as the go-to-guy. It’s reasonable to expect that Brett Brown will stagger the lineups to keep Simmons or Fultz on the floor for nearly the entire game. If Fultz regularly enters take-over mode in the pick-and-roll when Simmons is off the court, it’s conceivable that he could put up the type of stats that would win him ROY.

However, he’ll likely have to do a lot of scoring in order to overshadow Dennis Smith’s scoring and dishing and Lonzo and Ben’s well-rounded contributions. Fultz might turn out to be the best player on this list, which makes putting him at four feel fairly weird. Such is life I suppose.

Even though Fox will be sharing point guard duties with George Hill, Sacramento’s fifth pick lands in the fifth spot on the offseason ladder. The Kings aren’t going to keep Fox on a short leash, and Hill is coming off a season in which he suffered his fair share of injuries. Therefore, it’s not hard to imagine a scenario in which Hill misses extended time and De’Aaron dominates the box scores. There is almost no hope for the Kings in terms of making the playoffs this year, which hurts Fox’s odds unless the aforementioned top four also face early vacations. I’ll be posting another article on Fox shortly, so I’ll be brief here.

Jackson performed well in summer league, and he brings a defensive intensity that the Suns were in desperate need of (especially along the wing). At 35 years old, Tyson Chandler can’t do it all by himself, and now he won’t have to. If the Suns somehow escape the bottom fifth of the conference standings and Josh is posting well-rounded numbers, he could become a solid sleeper in the race for ROY.

Isaac may still be my favorite prospect from the class, but he joins an Orlando Magic rotation that’s still a little light on three-point shooting. After Evan Fournier, Terrence Ross (and maybe Nikola Vucevic), there’s no one who will definitely be playing significant minutes that hits the long-ball better than Isaac.

If it were guaranteed that Nikola Vucevic would be traded, Bismack Biyombo would move to the bench, and Aaron Gordon and Isaac would operate as the small-ball tandem at the 4 and 5, I’d be ready to include Isaac in the top-five of this ladder. At this point, it seems fairly unlikely that Isaac will have the same opportunities as the six players listed above him.

Not long ago I wrote at length about my adoration for Mitchell’s energy and two-way abilities, so I’ll keep this short and sweet. He may be unlikely to start on a deep Jazz roster that added Thabo Sefolosha and re-signed Joe Ingles, but if Rodney Hood has a hard time staying healthy like he did last year, Mitchell could be called upon to produce in a big way sooner rather than later. Don’t sleep on Donovan.

Tatum showed considerable improvement from the end of the college season to summer league, and flashed more athleticism and explosion as well. Nevertheless, the shorter but stockier Mitchell made Tatum’s life a living hell when they faced each other – locking up the No. 3 overall pick when he switched onto him in the second half. More than that, Tatum has a limited likelihood of cracking the top-8 in Boston’s deep lineup, much less stealing a starting spot. He remains on the list solely based on the less than 10 percent chance he has to sneak into the starting five on a 50+ win team by the end of the year.

Monk may receive the chance to start right away in between Kemba Walker and Nicolas Batum. Furthermore, Malik’s outside shooting should help spread the floor and better accommodate guys like Michael Kidd-Gilchrist, Dwight Howard, and Cody Zeller. Charlotte has arguably the best odds to make the playoffs among all these teams (besides Boston of course), but with Walker and Batum handling most of the on-ball responsibilities, Monk probably won’t produce much besides points per game.

The Warriors re-signed Kevin Durant, Andre Iguodala, and Shaun Livingston. Even with JaVale McGee returning, Zaza Pachulia is getting older (and may have a target on his back in 2017-18), and so are AI and SI. Bell was a dominant rim-protector in March Madness and the summer league, and he’s a better mover than the mobile JaVale and less mobile Zaza. In an alternate universe (or if injuries arise), Bell stepping into the starting center spot and thriving is a terrifying idea for the rest of the league.

The Floor Seat 41m ago