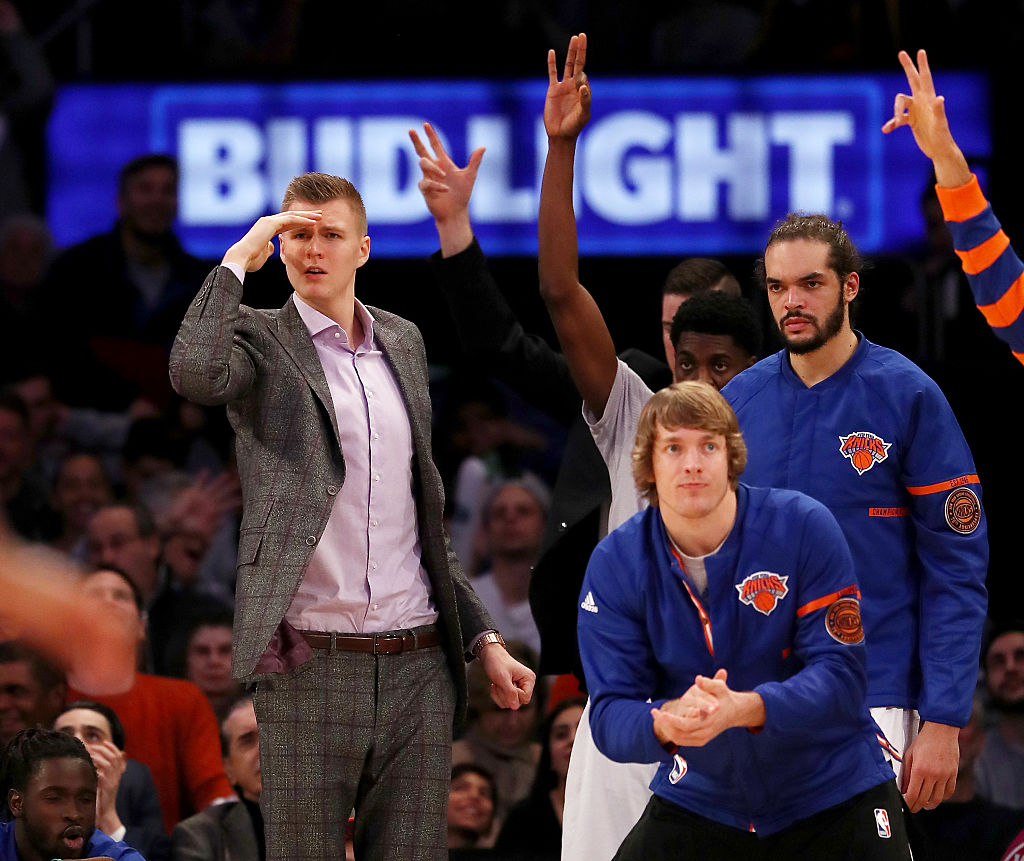 Sunday afternoons during the NBA offseason are typically relatively quiet (especially in August), but there are still a few stories worth reading and making note of if you’re still looking to satisfy your Knicks’ fix. Here’s a look at some relevant content to help close out the weekend.

1) Kristaps Porzingis and Courtney Lee participated in the NBA Africa Game on Saturday, playing alongside a multitude of stars and promising prospects. Porzingis soared, tallying 14 points and 8 rebounds. All the while, he strutted his stuff and put a number of fancy moves on display. Check out the video below for some of his highlights.

2) Porzingis took advantage of his time abroad to work out and learn from friend & mentor Dirk Nowitzki. Shaun Powell provides Knicks fans with the scoop on their relationship and what the pair was up to in Africa over at NBA.com.

3) There are still some questions regarding the Knicks’ roster and what new General Manager Scott Perry will do to continue framing it. Perhaps more important than that, however, is the much more glaring question: who is Scott Perry? In an interesting profile, Marc Berman of the New York Post highlights Perry’s past and his rapid summer ascension to such a key role in New York. Click here to read more and gain insight from one of Perry’s former Orlando Magic colleagues.

4) In the interest of gaining more background info on an under the radar individual, Newsday’s Barbara Barker authored a great feature on Ron Baker and the path that led him to the Big Apple. Now that he’s guaranteed to stick around at least one more season, it is as great of a time as ever to get to know him a bit more.