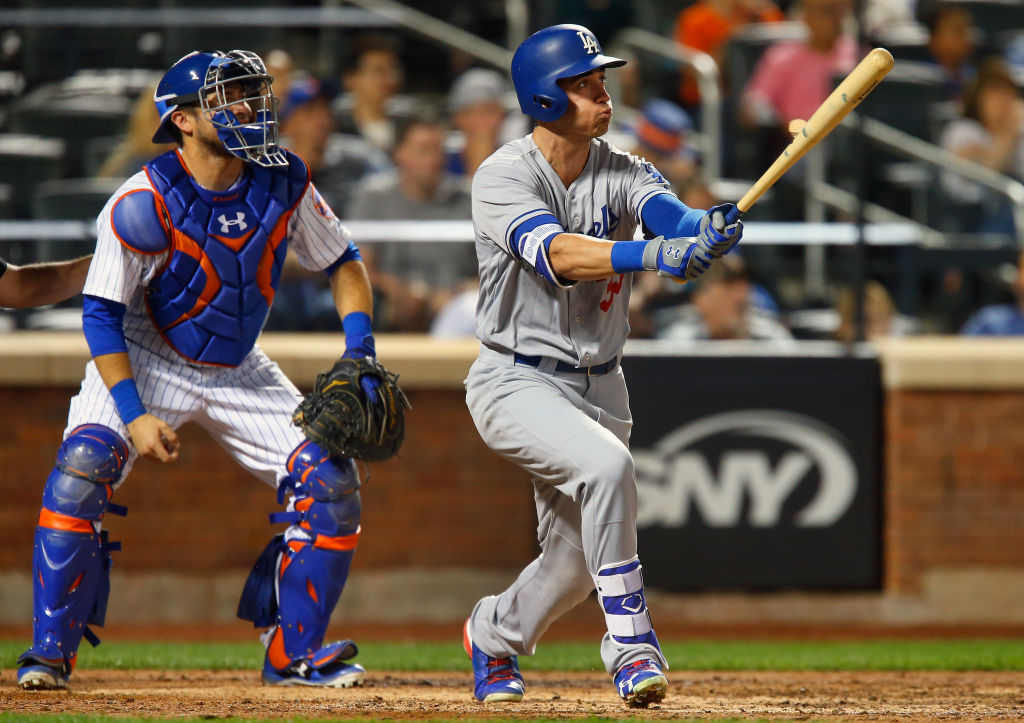 The home debut of Amed Rosario was far from a success for the New York Mets (49-60) last weekend. The Mets were predictably swept by the Los Angeles Dodgers, the best team in baseball, and fell eleven games below .500 for the first time since 2014. With this year being a lost cause, the Mets are trying to integrate young talent and showcase the veterans that cleared waivers to add more prospects to their farm system. That process continues today as the Mets welcome the Texas Rangers (53-58) to town for a two game series. First pitch for tonight’s game is scheduled for 7:10 pm at Citi Field.

NEW YORK, NY – AUGUST 06: Cody Bellinger #35 of the Los Angeles Dodgers follows through on an eighth inning two run home run against the New York Mets at Citi Field on August 6, 2017 in the Flushing neighborhood of the Queens borough of New York City. (Photo by Jim McIsaac/Getty Images)

The Mets will send right hander Chris Flexen (0-1, 12.00 ERA) to the mound tonight. Flexen lasted only three innings in his last start, giving up five runs against the Colorado Rockies at Coors Field last Wednesday, but left early due to a blister issue. The Mets ended up coming back to win that game 10-5, bailing out Flexen and saving him from a second consecutive loss. The Rangers will counter with righty Andrew Cashner (7-8, 3.36 ERA). Cashner picked up his third consecutive win in his last start, giving up one run in six innings to defeat the Seattle Mariners last Wednesday.