Los Angeles Rams: How many receiving yards will Sammy Watkins get? 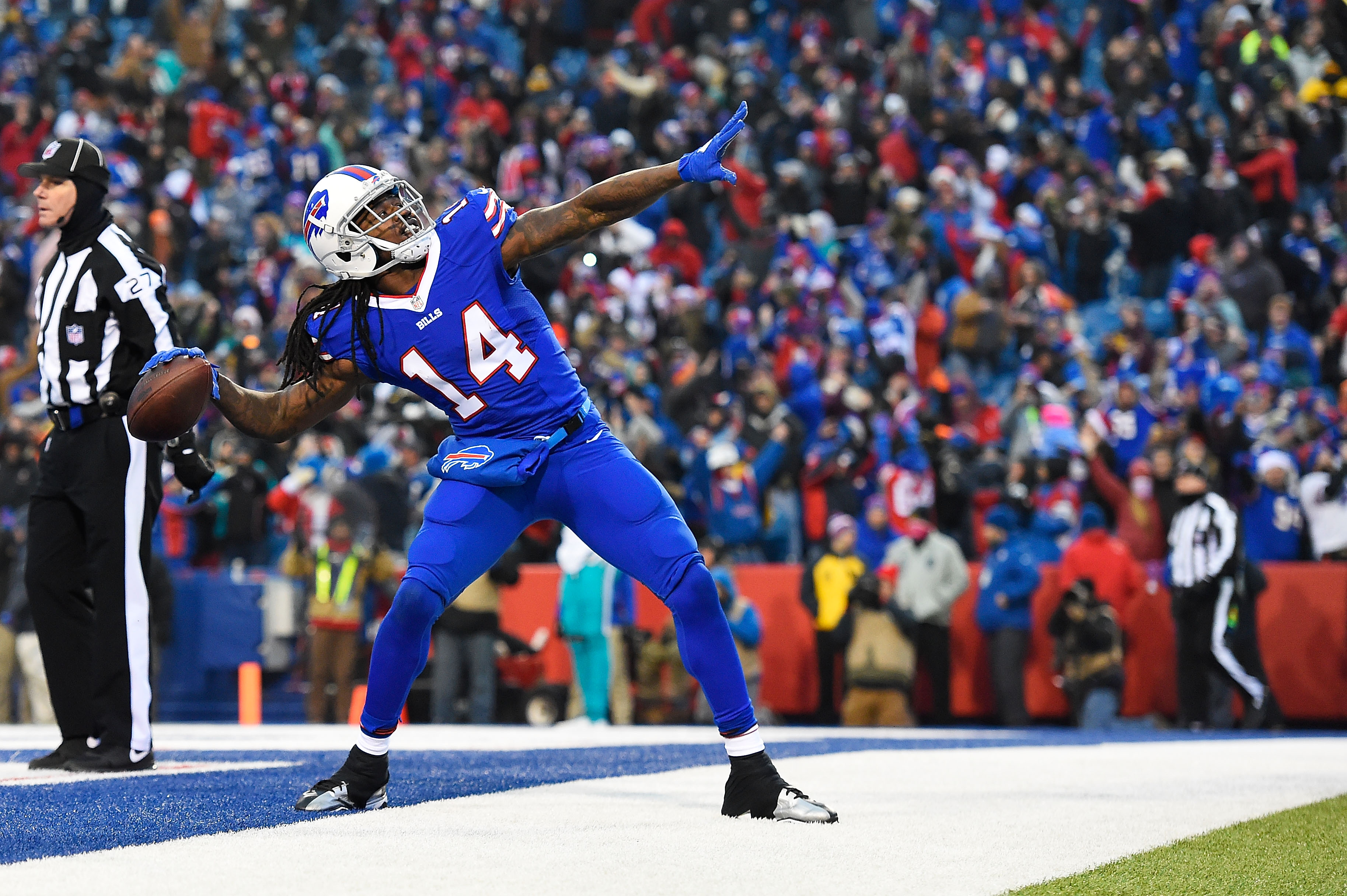 Los Angeles Rams: How many receiving yards will Sammy Watkins get?

Jared Goff‘s receiving corps got a little better with the surprise addition of Sammy Watkins on Friday.

Los Angeles sent corner E.J. Gaines and a second round pick to Buffalo for Watkins and a sixth round pick.

3️⃣ Things to Know about the Newest Ram 📰 » https://t.co/pHlVaYLqD1 pic.twitter.com/8EqMKBrBBY

Otherwise, Watkins is most known for being the first receiver taken in an NFL Draft class that included Jarvis Landry, Odell Beckham, Khalil Mack, Derek Carr and a few other young superstars.

Buffalo traded up for the No. 4 pick to get Watkins but injuries and a mediocre offense has prevented him from reaching that ceiling. They declined his fifth year option earlier this offseason so it appeared they were ready to move on from Watkins sooner rather than later.

So what should Rams fans expect from Watkins?

Watkins is a versatile receiver who can lineup on the outside or inside. He’s shown ability to stretch the field, lineup in the slot, run the ball, take screens the distance and get open in the intermediate area. He fits the mold for Rams receivers with good acceleration and a strong route tree.

Further, Watkins finished as the 47th graded receiver with a 76.8 grade from Pro Football Focus.

Expect the Rams to line him up all over the field. As long as Watkins stays healthy, he’s the Rams best receiver. Head coach Sean McVay should utilize Watkins all over the offense. This appears to be the Rams latest attempt to build around Goff.

For Watkins, his deal expires after this season. He has one season to prove he is a No. 1 receiver worthy of a fat payday. Watkins will earn his next salary by helping prove that he can turnaround Goff and the Rams offense. Watkins’ playmaking in the passing game should also help Todd Gurley find less defenders in the box. Last season, Gurley struggled. Some of that falls on the lackluster passing game the Rams fielded on game day.

Watkins can also become a star in Los Angeles if he starts making explosive plays. This team was desperate for big plays last year and now they’ll be competing with the Chargers for attention from the Los Angeles market. Adding a playmaker like Watkins could help the Rams win games and gain some fans.

Otherwise, the Rams may have wasted a second round pick if Watkins is too injured or doesn’t find immediate success. Even with a great season, Watkins can still bounce via free agency after the year.

Either way, the Rams latest offseason acquisition has caught the the NFL’s attention. Hopefully, Watkins and the Rams can keep that attention with a breakout season.

Thus, how many receiving yards do you expect from Watkins with the Rams? Let us know in the poll.