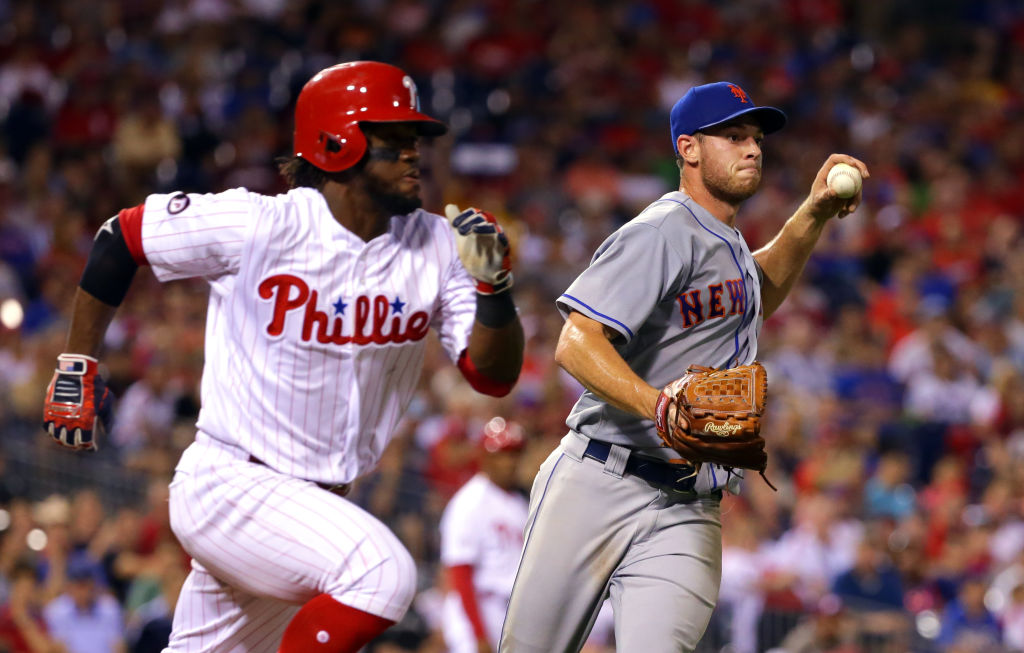 The New York Mets (52-62) saw their modest two game losing streak snapped last night in a 3-1 loss to the Philadelphia Phillies (43-71). While Steven Matz showed some progress for the Mets last night, it wasn’t good enough when Phillies’ starter Aaron Nola threw up a gem, allowing one run in seven innings to pick up his ninth win of the year. The Mets will look to secure a series victory today as they wrap up their four game set with the Phillies this afternoon. First pitch for the finale is scheduled for 1:35 pm at Citizen’s Bank Park.

PHILADELPHIA, PA – AUGUST 12: Starting pitcher Steven Matz #32 of the New York Mets throws out Odubel Herrera #37 of the Philadelphia Phillies in the fifth inning during a game at Citizens Bank Park on August 12, 2017 in Philadelphia, Pennsylvania. The Phillies won 3-1. (Photo by Hunter Martin/Getty Images)

The Mets will send righty Chris Flexen (1-1, 8.49 ERA) to the mound this afternoon. Flexen earned his first big league win last Tuesday, when he limited the Texas Rangers to three runs in 5.2 innings. The Phillies will counter with young right hander Zach Eflin (1-3, 5.67 ERA). Eflin pitched very well in his last start, allowing two runs in seven innings to defeat the Atlanta Braves last Tuesday to pick up his first win of the season.