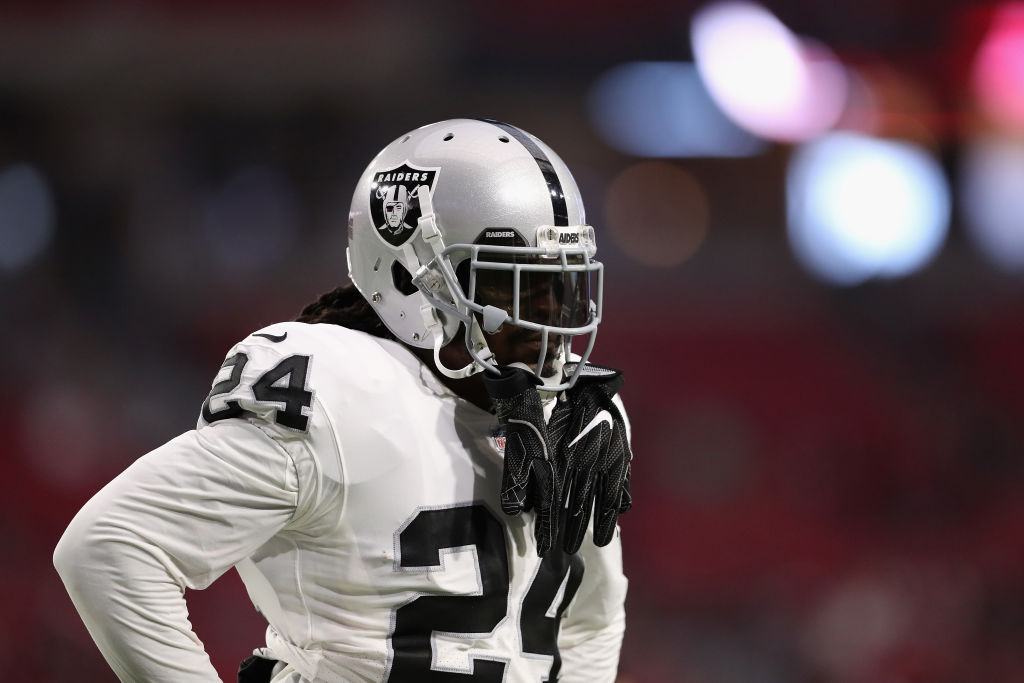 Last year around this time, former San Francisco 49ers quarterback Colin Kaepernick sent shock waves around the league as he knelt during a preseason game. The reason why Kaepernick did it was to protest the injustice, oppression and police brutality people of color face on an everyday basis.

Since Kaepernick took his stand against racial injustice, it has led to a heated discussion around the country about his silent protest and the issues surrounding police brutality. Consequentially, it has also led to Kaepernick still being on the free agent market.

Fast forward to this year’s preseason and it seems like another player has followed in the same in the footsteps of Kaepernick.

On Saturday night, professional sports photographer Mark J. Rebilas shared a photo of Oakland Raiders running back Marshawn Lynch sitting on a cooler during the national anthem in Oakland’s preseason opener against the Arizona Cardinals.

#Raiders running back Marshawn Lynch sits during the national anthem prior to #NFL game against Cardinals. @usatodaysports @azcentral pic.twitter.com/OAUOfZ39SH

Just like Kaepernick, Lynch did this in silence and not with a lot of fanfare. For a guy, who rarely speaks to the media, him sitting during the anthem will surely send shock waves around the league.

It will be interesting to see if reporters will ask Lynch about sitting during the anthem this week coming.

Thus far, he hasn’t spoken to media during training camp and we probably should not expect anything different. But for Lynch to take a stance like this, it will be interesting to see how fans react in the coming days on social media.

Update: After Oakland’s preseason opener, Raiders head coach Jack Del Rio said that Lynch told him he has not stood for the anthem in 11 years.