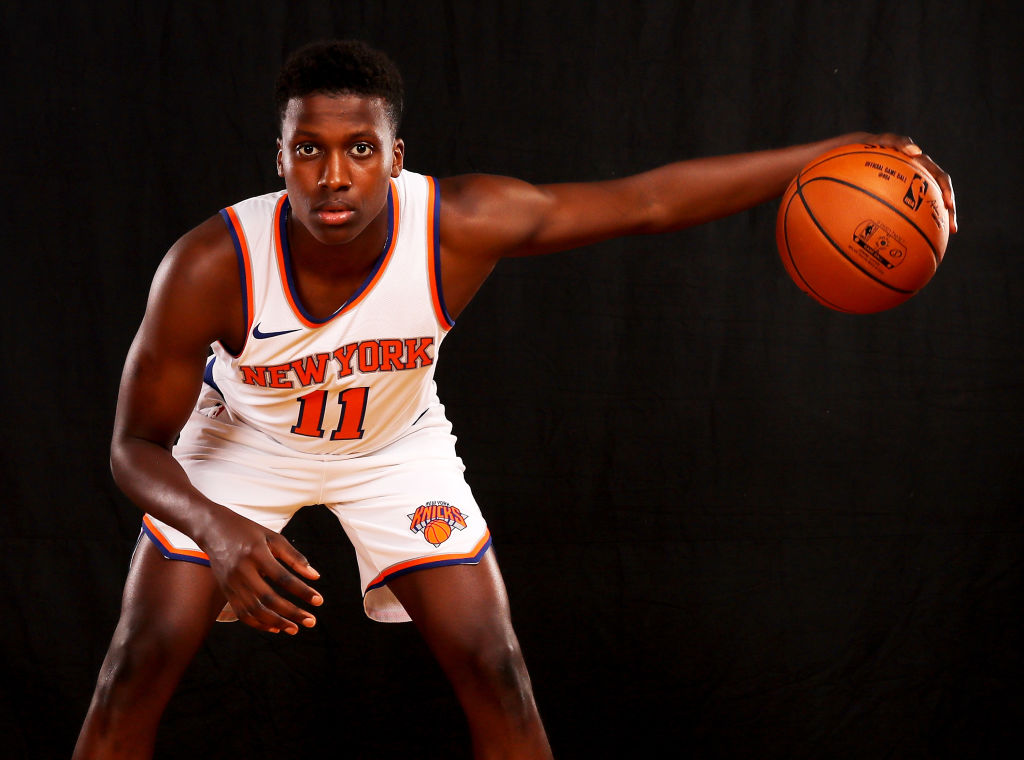 Frank Ntilikina was highly regarded as the best potential fit for the triangle offense in this year’s draft class. That made him a prime candidate to be selected by the Knicks with Phil Jackson running the show. Still, newly promoted President Steve Mills also said that if the decision were his alone, Ntilikina would have been the pick regardless.

The 18 year old is a raw prospect and will assumedly need time to come into his own and adjust to the NBA life as he cements his place as a formidable stateside competitor. Hopes of leading the Knicks’ offense may have to be put on hold. Having said that, Ntilikina was arguably the most versatile of all the point guard prospects set to be available when New York made its selection. He’s quick, unselfish, and perhaps most importantly, a very good defender and knows how to use his frame to fluster opponents at both guard positions. He has very intriguing potential.

Despite his upside, that didn’t stop his fellow draft contemporaries from believing the Knicks would opt to draft someone who was poised to make more of an impact right away.

“I definitely thought it was possible,” Dennis Smith Jr. said of getting drafted by the Knicks. “I flew in there, I had a great meeting with them.”

“Me, my agent, everybody in my agency, my family – we all thought we were going to New York,” Malik Monk also told the New York Daily News.

Ntilikina boasts the most potential, but there’s a huge unknown element surrounding his game. With bonafide explosiveness, Smith Jr. has drawn early comparisons to Steve Francis but there are still questions surrounding his defense. As far as Monk is concerned, he could very well have the biggest NBA career ahead of him out of the three. He too, is explosive, can attack the rim, and has very special range from around the perimeter. Monk is the type of guy who could bask (and succeed) in the spotlight of the Big Apple’s bright lights, but he isn’t a natural floor general.

Thus, Ntilikina is now the guy. The Knicks’ future still figures to be bright either way, but they never fail to take people by surprise.