Cory Joseph is the X-Factor for the Indiana Pacers 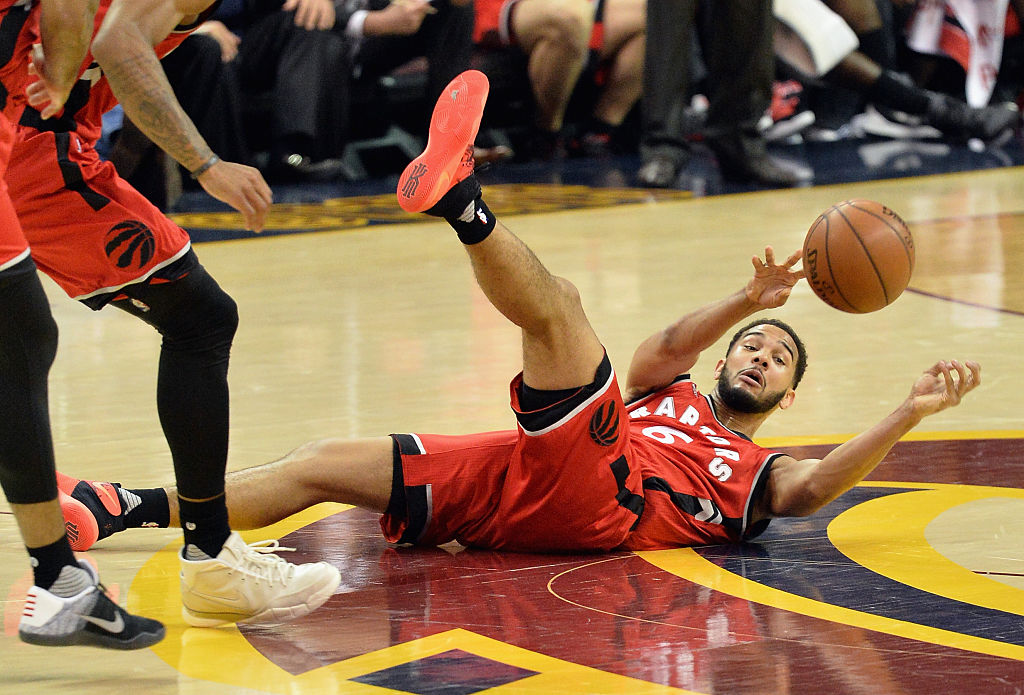 Cory Joseph is the X-Factor for the Indiana Pacers

Indiana is still tending to the wounds left by Paul George’s recent departure, but the 2017-18 season is almost here. Who is the X-Factor for the Indiana Pacers heading into year one of the Post-P.G. Era?

All eyes will be on Myles Turner, the new face of the franchise. Likewise, former Indiana Hoosier Victor Oladipo, the return for George, will feel the weight of expectations. Turner and Oladipo should lead the charge for Indy, with veteran Thaddeus Young providing leadership and steadiness (if a contender doesn’t swoop in with an appealing trade offer).

It’s no secret that the Pacers are in the early stages of a rebuild. The proof is in the pudding. They cut ties with Monta Ellis and Rodney Stuckey, selected T.J. Leaf (No. 18 overall), took a chance on a couple intriguing but injury-plagued prospects (Ike Anigbogu, Edmond Sumner) in the second round, and signed SMU standout Ben Moore to a camp deal.

Waiving Ellis and Stuckey led to the Pacers ramping up their search for point guards. Indiana promptly agreed to a sign-and-trade with Toronto, sending C.J. Miles away in exchange for Cory Joseph – then signed Darren Collison to a two-year, $20 million deal. The only other veterans they brought on were 37-year-old Damien Wilkins (one-year deal), who will set a good example for the young wings on the roster, and Bojan Bogdanovic (two years, $21 million).

Joseph is in a contract year. But beyond that, he’s the only point guard on the roster that’s a comfortable complement for Oladipo, who prefers to operate with the ball in his hands. It’s one of the reasons that Victor wasn’t an optimal fit next to Russell Westbrook, and it’s the main reason why a combination of Collison and Oladipo shouldn’t start or play all that much together. In my opinion, Collison should probably come off the bench to provide a scoring punch, playing most of his minutes and taking most of his shots while Turner and Oladipo are resting.

Perhaps Collison is easier to project as the starter. He’s older, he has already spent two seasons with Indy (2010-12), and he’s being paid more. Joseph has never had the chance to post a 16-6 campaign average like Collison. But Cory might be a member of the no-stats stars club. Cory Jo is known for making a positive impact (read: winning plays for winning teams) on the court, but it doesn’t always show up in the box score. It’s unlikely that would change, even with a starting role. But the Pacers need not worry about counting stats.

A starting five featuring Joseph, Oladipo, Glenn Robinson III, Young, and Turner would have enough glue to hold the group together. Call me crazy, but I could see that lineup competing for a surprise playoff berth.

Nevertheless, the main goal should be to create an environment where Turner and Oladipo are allowed to stretch their wings and fly. Turner spent far too much of 2016-17 as the third or fourth option. Sure, he was a young sophomore running with more experienced vets, but anyone who comes out and drops 30 and 16 with four blocks on opening night should not be anything less than second fiddle.

It’s inexcusable that Turner played 8.6 minutes more per game than he did as a rookie only to take 1.9 more shots. With Collison at the helm, we should expect to see a similar result to what we saw with Jeff Teague.

Indiana can’t sit back and let this become a Darren Collison concert, or the Lance Stephenson show. Those guys will get their minutes, touches, and so on, but the Pacers must keep their eyes on the prize.

A trip to the lottery should be welcomed with open arms, but only if Indy allows Oladipo and Turner to sink or swim.

As odd as it seems, it all starts with Cory Joseph.