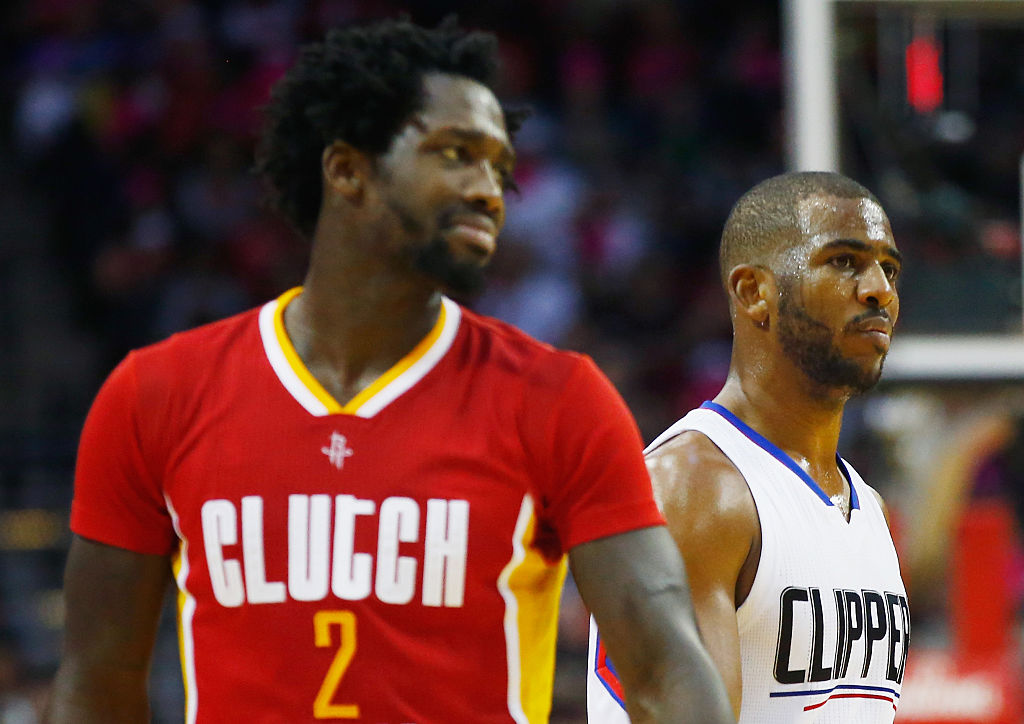 Patrick Beverley is a pest. It takes one to know one, but the truth is in the tape. No one in the league gets under the skin of their opponents more than him. By acquiring Beverley in the Chris Paul trade, the Clippers can maintain their status as a Western Conference villain. And that should be celebrated.

One thing the Clippers were well known for during the Chris Paul Era was whining. While his departure won’t change that (not with Doc Rivers still at the helm), Paul’s replacement at point guard will help to even out the scales.

Beverley may have a bit more offensive responsibility as a ball-handler with the Los Angeles Clippers, but not by much. His role on that end will likely be quite similar to the one he thrived in over the last several years.

If they can stay healthy, Blake Griffin and Danilo Gallinari will spend the vast majority of games with the ball in their hands. Visions of Griffin operating as the point forward with DeAndre Jordan screening and rolling and Beverley and Gallinari spotting up beyond the arc aren’t hard to conjure. Which Clipper earns the fifth-most minutes may fluctuate between guys like Lou Williams and Austin Rivers, but that’s the clear core four that should share the floor most often.

Beverley is among the precious few point guards in the league who can reasonably claim to be a better defender than Chris Paul without hearing snickers, or eating a snickers bar. For as otherworldly as CP3 remains on both ends, it should be no secret that the Rockets weren’t thrilled about having to part with Pat. He was a perfect fit in the backcourt next to James Harden, and now he’ll be just that for Griffin in L.A. Moreover, Beverley may actually prove to be a better fit next to Griffin than Paul.

Health willing, Paul will still be superior to Beverley going forward, but it wasn’t Beverley’s fault that the Rockets lost to the Spurs. He wasn’t one of the guys getting scored on every time down the floor. So in exchange for Paul, Houston had to give up one of its best two-way contributors, and now they’re stuck scrambling to move a one-way player with a bloated contract (Eric Gordon or Ryan Anderson) for a third superstar such as Carmelo Anthony. (For the record, I do believe the current Rockets and Thunder rosters are the lone non-Cavalier threats to the Warriors in 2017-18).

But at 29, Beverley has at least a couple quality years left in the tank, and he’s under contract for less than $11 million (total) through 2018-19. That’s unbeatable value, and it allows L.A. to prioritize their long-standing weakness along the wing. Gallinari, Sam Dekker, and Sindarius Thornwell is more impressive than any wing rotation the Clippers have had in at least a decade. With all due respect to the Point God, the forecast for the future of the franchise already looks more promising without him. After all, he’ll turn 33 next May, then seek one last mega-deal in the summer of 2018.

The Clips as previously constructed had hit their ceiling. Coincidentally, the same foes they faced when they smacked their heads against that ceiling are the same ones that just gave them new life.

Moving on isn’t easy. But the Clippers are doing alright. Whether Clipper fans know it yet or not, Patrick Beverley is about to win their hearts. It’s only a matter of time.