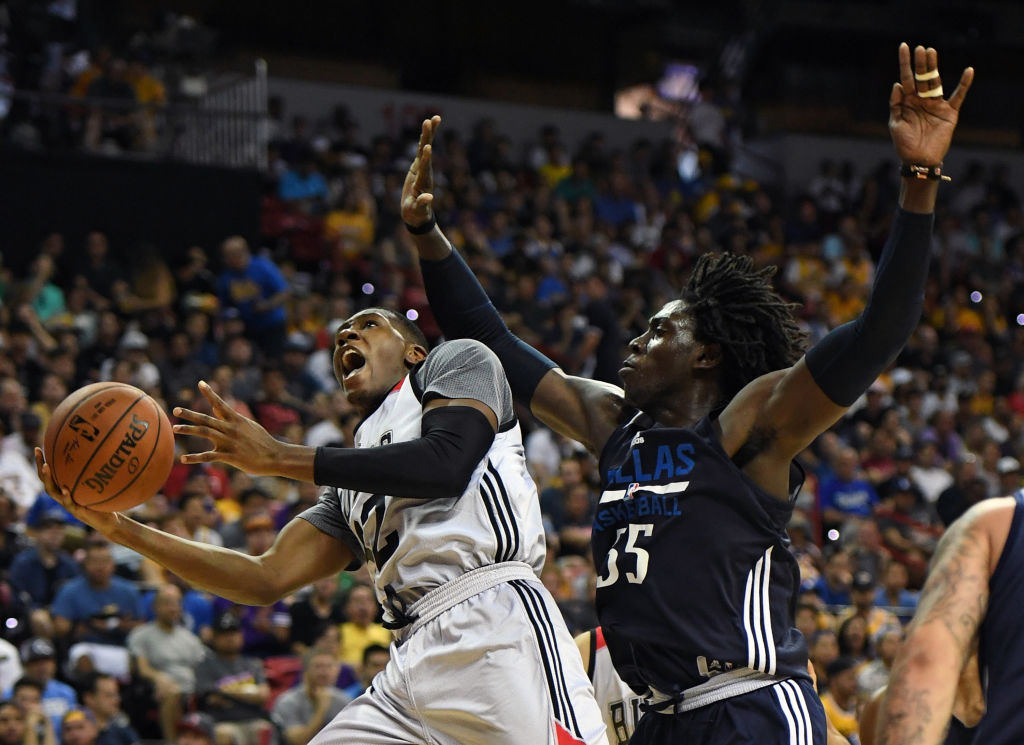 The 2018 season will be a tough one for the Chicago Bulls. But there is one player who can turn that around, and his name is Kris Dunn. Dunn, a sophomore guard that has potential to be an elite defender and floor leader in the NBA, brings patience and conformity to a team that desperately needs it. Kris Dunn can be the player that runs the Bulls’ shaky offense this year and facilitates improved chemistry for the young developing core in Chicago.

Now, the rebuilding team this year, the Chicago Bulls, must find a young player to lead – and that should be Kris Dunn. The point guard was considered by some to be the best player coming out of the 2016 draft class, and this is his time to show why. Last year, he was plagued by Tom Thibodeau’s rookie curse and didn’t get to show his skill, only playing 17.1 minutes per game. Now, as the starting point guard for a rebuilding and non-stressful team, Kris Dunn must show up.

Many scouts believe he is a jump shot away from stardom. He has the elite defense in him and can run the fastbreak with ease. However, his shooting must improve, plain and simple. He shot 28 percent from three last year, and made just 61 percent of his free throws. To be successful in today’s NBA, he must improve his whole offensive game.

As Scott Rafferty from FanSided said, “The numbers tell you everything you need to know: Dunn shot 28.8 percent from the perimeter and 34.8 percent on long 2-pointers as a rookie. Those two areas made up over half of his shot attempts on the season. Dig a little deeper and it gets worse: Dunn made 24.5 percent of his catch-and-shoot 3-pointers and 30.0 percent of his wide open 3-point attempts. He finished the season averaging 0.9 points per game on spot-ups and ranked in the 13.5 percentile with 0.74 points per possession. He wasn’t much better on pull-ups.”

If Dunn improves his shooting touch, he will the be the type of player the Bulls have looked for since Derrick Rose was plagued with injuries. Someone who can run the offense while also being a practical scoring threat who can space the floor, unlike Rajon Rondo. Dunn brings upside because he is a huge plus on defense and a huge minus on offense. Nevertheless, perhaps he can learn to shoot over time.

Look for Kris Dunn to increase his points and assists per game this year and be the most pivotal player for the leaderless Chicago Bulls. Hey, when you sink 28 percent from three and 34.8 percent on two-pointers, one can only improve from there, right? Dunn is in luck, as a team like the Bulls is a great place to work on his game without worries. The NBA better watch out for the unleashing of the new Kris Dunn, the leader of the Windy City.