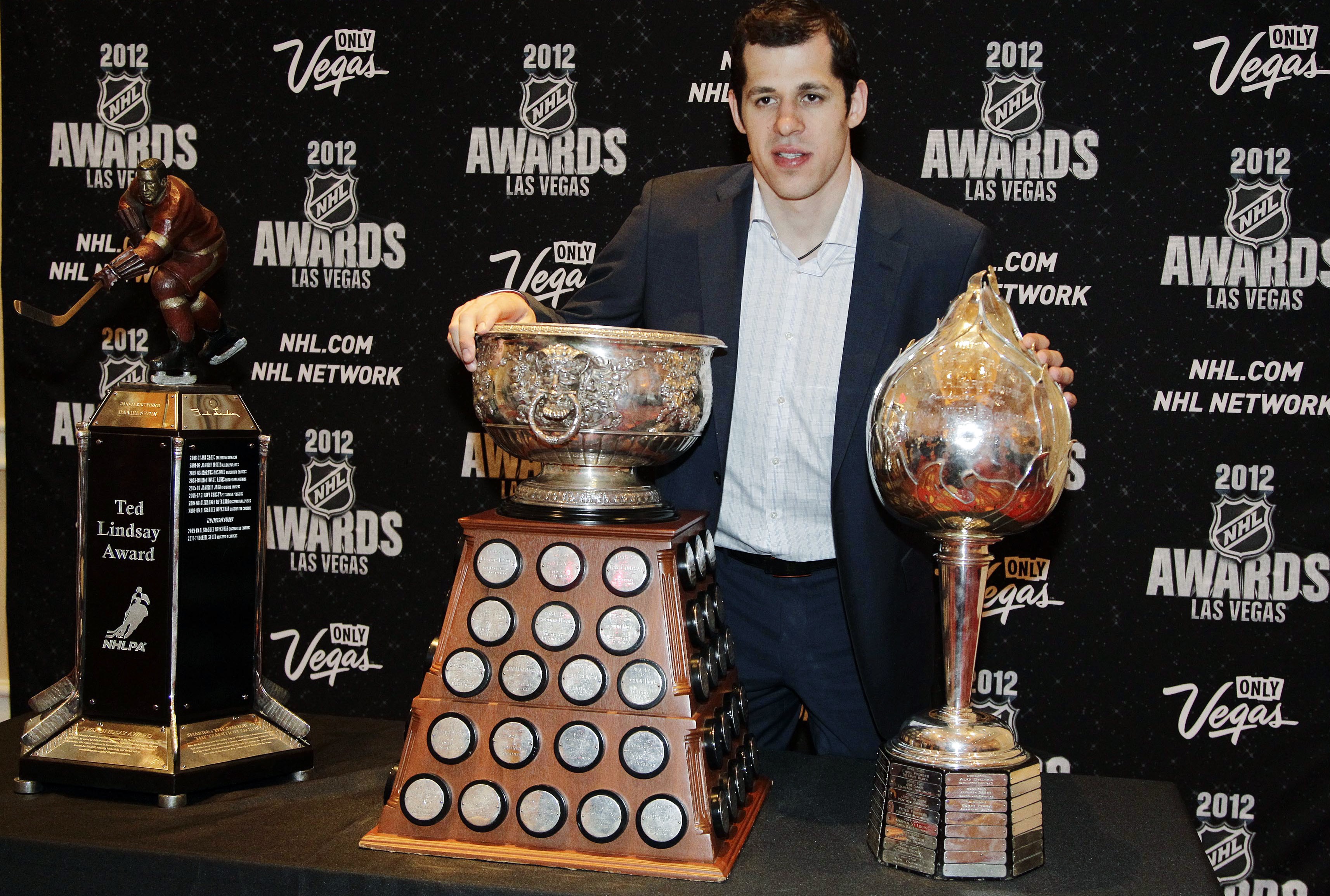 Here is the second of a few outside-the-box ideas on how the NHL could improve.

The televised annual NHL Awards show gets a bad rap mostly due to the NHL trotting out B-list celebrities who read scripted, teleprompter punchlines between handing out trophies. Even the most ardent fans take a break from hockey between the end of the Stanley Cup Final and the NHL Draft which means most of us take a pass on watching the Awards show. Especially this year, when a presenter or scriptwriter conjures up dialogue like this:

Yet moving from show business to the hockey end of things, one limitation of the NHL awards system is that every season, in a league that now has 31 clubs, numerous high-achieving players fail to be formally rewarded since by definition, an individual award can only be won by one player. Certainly, one could argue this maintains the prestige and value of a trophy since it signifies that the winner is The. Best. player in that category. However, the NHL is no longer a six-team league when most of the historic awards were instituted. During that Original Six era (1942-1967), there were approximately 108 players per season. Today, we have the same set of major awards but the talent pool has grown to 620 players. Surely the league could honor a few more worthy players each season for their achievements.

It would be fitting that during this 100th anniversary year of the NHL, if the league made a dual decision to reward more current players along with immortalizing expansion era greats by placing their names on new trophies. Since the NHL’s current trophies bear the names of people who either donated the award or made executive contributions to hockey in the first 50 years of the NHL, let’s start honoring the great names of the league’s second half-century. Each new award – one per conference – would feature the name of someone who is synonymous with the position, skill or category being honored.

Let’s keep the existing awards to honor the pinnacle NHL players, but grant an award to the top player in the East and West for each major category. The world didn’t end in MLB when baseball started granting a Cy Young Award to the best pitcher in each league 50 years ago, after only granting a single Cy Young Award to just one major league pitcher in seasons past. The NHL will also survive even if it forges a new set of hardware.

This isn’t something revolutionary. Eight years ago, sources indicated the NHL was considering renaming the existing trophies. Numerous hockey pundits have made virtually identical proposals but I’d like to focus a little more on the details of how introducing new awards would work.

The Hart Trophy is hockey’s most prestigious regular season award, given to the most valuable player, and should continue to stand alone as the highest individual honor. However, one thing that bothers me is that goaltenders and defensemen are eligible to win two awards – the MVP (Hart) and a position-based award (Vezina for netminders; Norris for blueliners) while forwards are essentially limited to only the Hart. True, forwards have statistic-based trophies for point-scoring (Art Ross) and goal-scoring (Rocket Richard), but I’d like to give voters an opportunity to fill out a ballot annually for top forwards. Hence, the Mario Lemieux Trophy for the Eastern Conference and the Wayne Gretzky Trophy for the Western Conference. Choosing their names for these new awards needs no explanation.

For the other awards, half the fun is knowing how pissed off some people will be at these choices. A few random notes:

Top goaltender – Dominik Hasek was the best goaltender of the past 50 years. It’s not even particularly close.

Top goal scorer – For some reason, the Boss never got his due possibly because his career occurred at the same time as Gretzky and was cut short due to an irreparable back injury. But Bossy stands alone at the top of the career goals per game list.

To integrate our new awards into the existing voting format, an eligible Professional Hockey Writers’ Association member would vote in an almost unchanged manner. However, instead of listing three names for some awards and five for others, all awards would be streamlined into a ranking of five names, with the 10-7-5-3-1 point system plus a new requirement: at least one player or coach from the opposite conference must be listed. For example, a Pittsburgh-based PHWA writer more familiar with Eastern players, contemplating his Top Defenseman ballot, could vote for four Eastern defensemen and one Western defensemen or 3 and 2 or 1 and 4, but not 5 and 0. After all ballots are tabulated, the Eastern defenseman earning the most vote points wins the Bobby Orr Trophy while the corresponding top vote points-earner among Western defensemen garners the Paul Coffey Trophy. The Norris Trophy winner, of course, would be the defenseman with the most vote points, irrespective of conference, just like the present system. Using last season’s voting, Erik Karlsson is your Bobby Orr Trophy winner.

Fifty years from now, most hockey fans will still know about the achievements of Gretzky and Lemieux much like fans today understand the reverence people had more than fifty years ago for Rocket Richard and Gordie Howe. However, introducing new trophies with more great names ensures that at least once a year at the time of the Awards show, fans young and old can pause and either remember or learn about other great names found on NHL hardware and about their exceptional achievements on the ice and behind the bench.