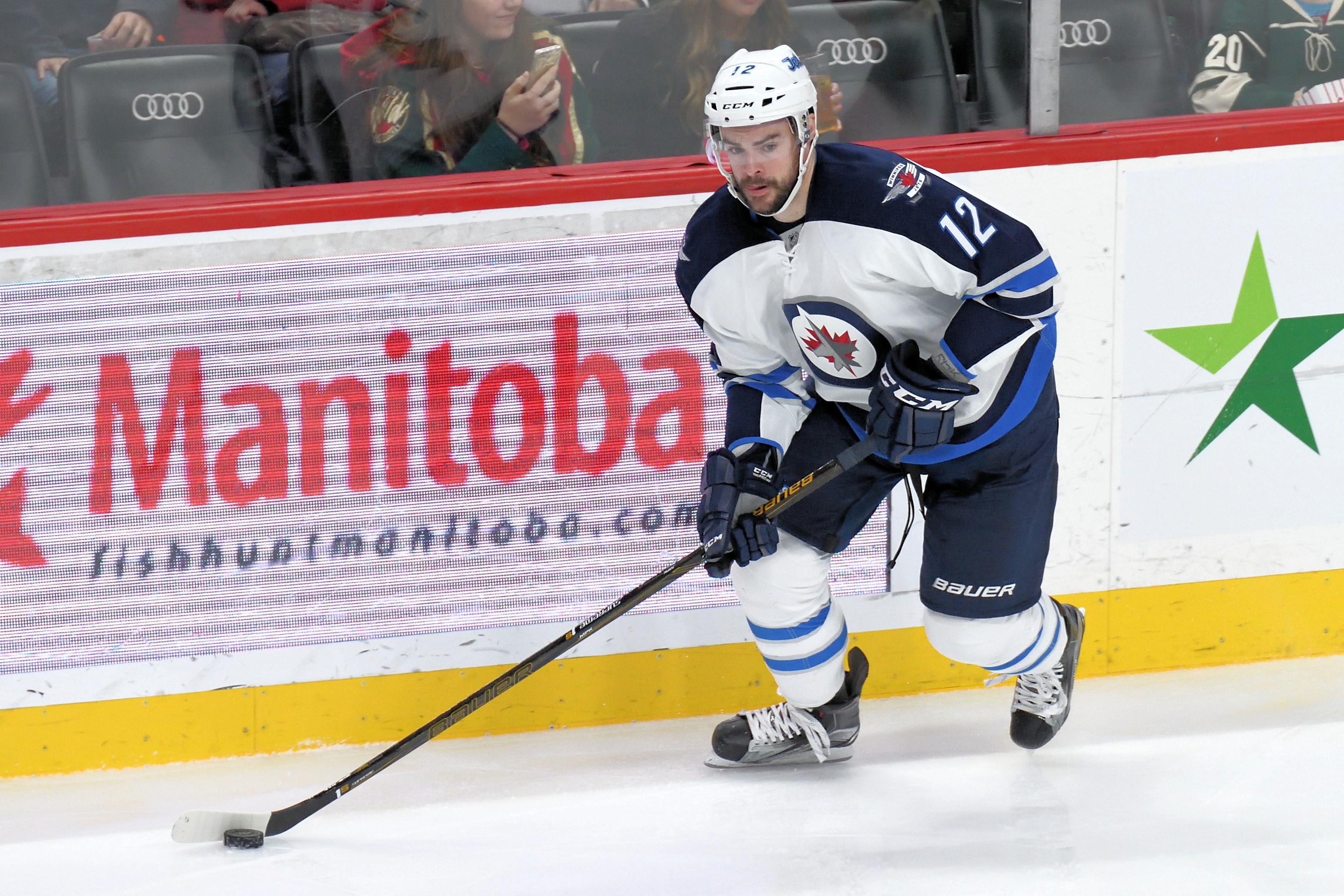 I am a little late to the party, but former University of North Dakota forward Drew Stafford has finally signed a one-year deal with the New Jersey Devils. Stafford, 31, will join his former UND teammate Travis Zajac.

Stafford was drafted by the Buffalo Sabres in the first round (13th overall) of the 2004 NHL Entry Draft. Last season, Stafford made 4.35 million and is definitely taking a pay cut at $800,000 a year. This is a cap friendly deal and the Devils are getting Stafford at a bargain price.

Stafford played at UND from 2003-06, appearing in 120 games, scoring 48 goals and 118 points. Nice to see UND getting some ink on the Devils official team page.

Stafford, a 6-2, 215lb. forward spent the first eight seasons of his NHL career with Buffalo (2006-07 through 2014-15). Stafford was traded to Winnipeg from Buffalo on February 11, 2015. A veteran of 725 regular-season NHL games, Stafford has totaled 183 goals and 217 assists for 400 points with 387 penalty minutes. He has six goals and five assists for 11 points in 30 Stanley Cup Playoff contests. The right-handed forward attended University of North Dakota (WCHA) from 2003-06 where he was teammates with Devils’ center Travis Zajac (2004-06) and helped lead North Dakota to a WCHA Championship in 2006. Born on October 30, 1985, he was selected by the Buffalo Sabres in the first round, 13th overall, in the 2004 NHL Draft. (New Jersey Devils Press Release)

Stafford will have a familiar teammate at New Jersey. Former University of Denver Pioneer Will Butcher has signed a two-year,  entry-level deal with the Devils. If Butcher makes the Devils he will get the rookie max of $925,000.

Editorial Note: More than likely, I will not be posting for the next month and a half, the actual length of time is to TBD. Yesterday, I was activated by FEMA reserves and I will be heading out tomorrow morning, to help with the Hurricane Harvey recovery effort. In my absence, my good buddy Redwing77 will be filling in.