Just Who Is Kailer Yamamoto 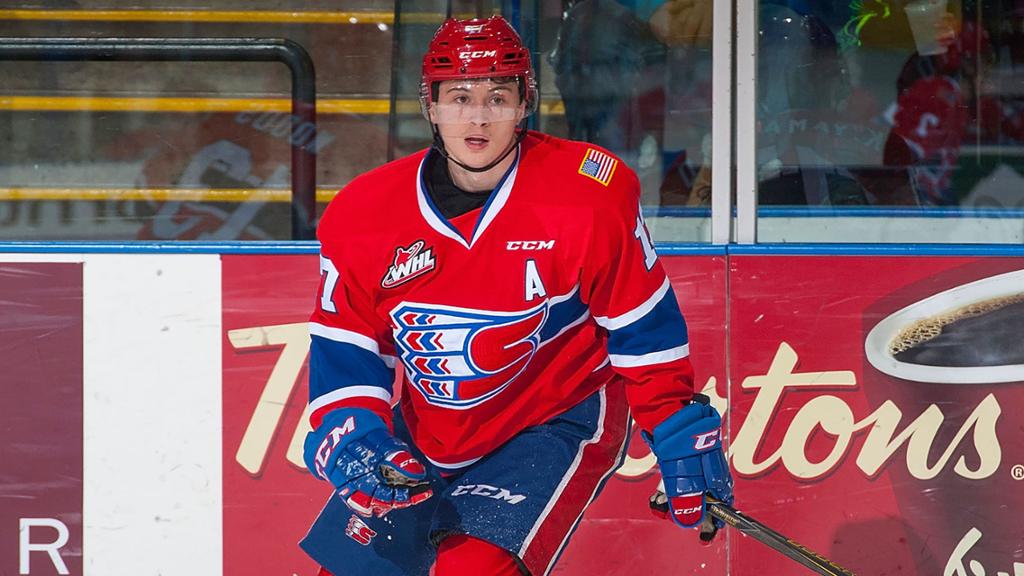 Just Who Is Kailer Yamamoto

When the Edmonton Oilers stepped to the podium this past June, the club knew that adding skill to the system was a priority. While the NHL roster is loaded with offensive talent, the club’s prospect system has very few forward prospects that have NHL potential.

After investing in Jesse Puljujarvi and Tyler Benson in June 2016, the Oilers again invested a high draft choice in a skilled forward for the system, selecting American forward Kailer Yamamoto with the 22nd overall pick in June’s entry draft. The skilled forward dominated the WHL last season, and is likely to be a top-six forward in the NHL one day.

The Oilers needed to hit a home run in the first round of this year’s draft, and in drafting Yamamoto they picked one helluva good bet to be just that. After scoring 99 points (42-57-99) last year for Spokane, Yamamoto joins the organization and immediately becomes the most offensively gifted prospect. Not bad.

So……Just Who Is Kailer Yamamoto?:

Yamamoto is an extremely small player, which is rare for an Oilers draft choice. At just 5’8” and 153 pounds, only Calgary’s Johnny Gaudreau is a good comparable for this young man. It’s a fitting comparison too, because while both are small and American, they are also both extremely skilled offensive players.

Yamamoto’s 99 points last season were a 28 point improvement over his 2015-16 totals for Spokane, where he registered 19-52-71 in 57 games. In fact, Yamamoto has enjoyed offensive success in the WHL from day one, as he scored an impressive 23-34-57 in 68 games as a rookie in one of Canada’s top junior leagues.

Is Yamamoto the next Tyler Johnson, a skilled American from Spokane to emerge as an NHL force? Only time will tell, but this player’s resume and his scouting report paint a pretty promising story.

Some words on the young prospect:

Future Considerations: “A pint-sized, yet dynamic, playmaker… small, speedy forward with excellent hockey sense and quick hands…has a strong work ethic that keeps him going…great overall quickness, first-step jump to create separation and an ability to alter speeds to create gaps…sneaky and stealth-like in finding prime scoring ice…very creative with the puck and shows off creative hands…uses his size to squeak through the tightest of holes”

Jeff Marek (Sportsnet): “A shifty, dynamic scorer who has a great shot at winning the WHL scoring title next season. Lacks size (5-foot-9), but such a skilled player.”

Long term, I think Oiler fans can expect Yamamoto to emerge as a top-six winger for the club and be a consistent offensive presence. In 2017-18, however, expectations should be tempered. I think fans can expect a solid rookie tournament from the youngster, and should expect him to get some looks early on in training camp.

There is an outside chance that Yamamoto gets an extended look in training camp and nine regular season games in October, but he would have to shoot the lights out all of September for that to happen. While it would be interesting to see, I don’t think that will be the case. After all, this Oilers team is ready to compete and can’t really afford to test drive too many players.

A successful 2017-18 for Yamamoto would be over 100 points in the WHL, an improvement on his 99 from a season ago. On top of that, I’d like to see Yamamoto make Team USA’s World Junior roster and have success. He wasn’t on the squad last year, but after a dominating World Junior Summer Showcase at the start of the month, I’d be surprised if he wasn’t there this winter.

I leave you with some highlights of Kailer Yamamoto from last season.