Oakland Raiders: Five takeaways from week 3 of the preseason 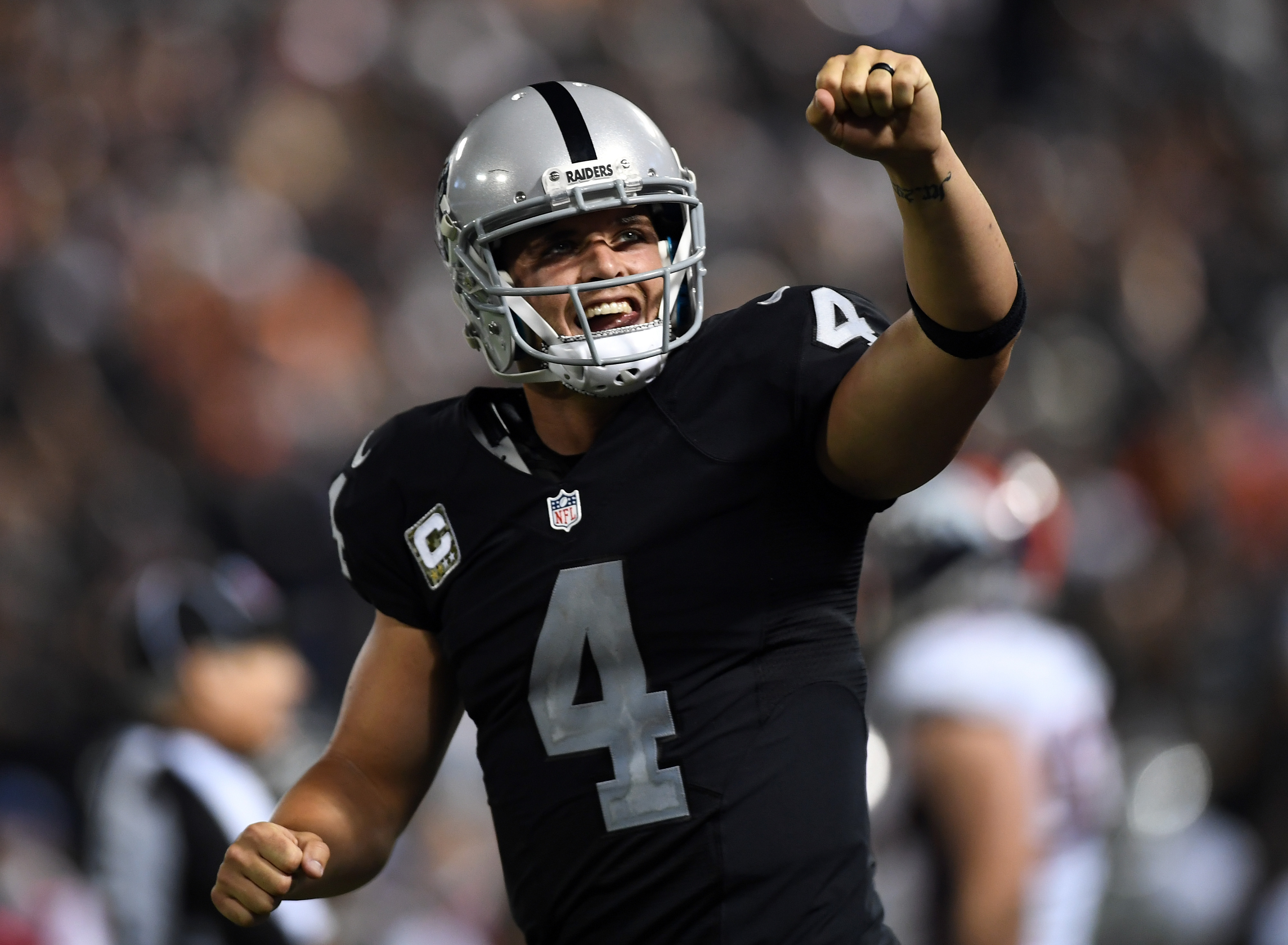 Oakland Raiders: Five takeaways from week 3 of the preseason

The game deemed by many as the “dress rehearsal” for the 2017 regular season, the Oakland Raiders lost 24-20 to the Dallas Cowboys last Saturday night in Arlington. Most teams usually elect to limit, if not bench, all their starters week four of the preseason. So, for most squads, week three is the last these players will take the field till week one of the regular season. Lets look into five takeaways from the game in Dallas last weekend.

First and foremost, the Raiders were able to return home with the vast majority of their players healthy. This was not the case for some teams. The Patriots lost WR Julian Edelman for the year with a torn ACL, the Chiefs starting tailback Spencer Ware is out for the 2017 season with a torn PCL, and finally, the Bears with be without 2016 leading wide receiver Cameron Meredith when he went down with a gruesome knee injury last weekend. The Raiders were able to avoid any major injuries in this game. The only concern currently is for David Amerson. Amerson, one of the starting corners, suffered a possible concussion in the second quarter of the game against Dallas. If diagnosed, this could be his second concussion in less than a year. Besides that, the Raiders are in good health.

Second round pick Obi Melifonwu finally made his debut Saturday for the Raiders. He played with the first team defense in a hybrid safety/linebacker role and also with the second time at the strong safety position. Melifonwu played decent for a rookie seeing his first game action of the preseason. The former UConn Huskie made a nice play on All Pro running back Ezekiel Elliott on the edge in the first quarter, showing Ken Norton Jr. and Jack Del Rio some of the athleticism that made him the #56 selection in the 2017 draft. As Melifonwu receives more reps and time on the field, his play will be a huge factor on how well the defense plays this year.

OBI looks a little tentative in first 2 snaps but athleticism helped him made two key tackles. Sean Smith would have missed Beasley.

Cordarrelle Patterson could be the league’s best #4 receiver. It took a while for his presence to be felt this preseason but it was worth the wait. The former Minnesota Viking made a nice sideline catch for Carr during the second offensive series. Furthermore, Patterson capped that drive with a skinny post to score the Raiders first touchdown of the game. Raider fans know what Patterson can do on special teams, but added production from him on offense makes the team even deadlier this season.

It seems like every week another defensive back struggles with coverage. This week was no different. TJ Carrie was roughed up for the second straight game. He was flagged for pass interference and was beat on several plays, especially on an overthrown deep pass to Dez Byrant. If Amerson is diagnosed with another concussion, Carrie could be asked to take a bigger role to start the season. At the same time, it puts even more pressure on rookie Gareon Conley to preform like a first round pick when he’s ready to play. Good thing the offense looks sharp because the DB’s look sluggish and confused.

Prescott has all day, overthrows Dez Bryant with TJ Carrie nearly (but not) getting a PI.

Treyvon Hester continued his impressive preseason with his third sack in three games. Hester has shown a relentless motor and a knack for the football. If this early production is any indication on what Hester can bring to the table, the added pressure he adds can only help the rest of the defensive unit.

Treyvon Hester's sack. Shot out of a cannon that last few steps there. pic.twitter.com/ZpRNp37TnE

The Raiders finish the preseason schedule with the Seattle Seahawks on Thursday night in Oakland. Most of the starters will have the night off, so players on the bubble like Breon Borders and KJ Brent will have their final chance to wow the Raiders coaching staff before finals cuts are made this week.

Any other player performances that stuck out in your mind from Saturdays game with the Cowboys? Let me know in the comments below.