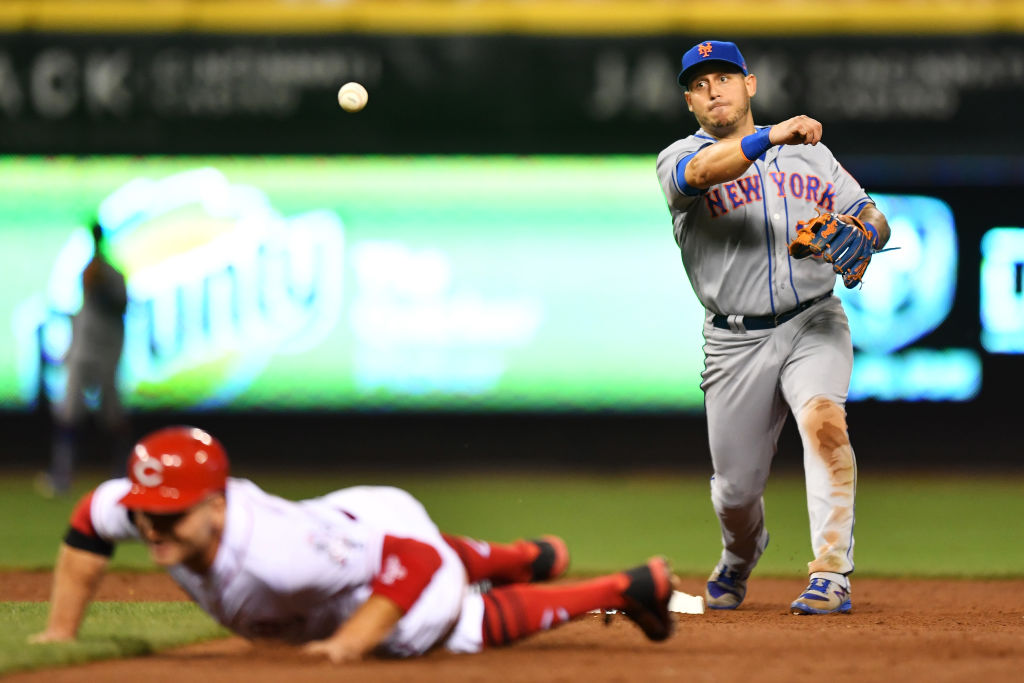 All good things must come to an end, and that was the case for the New York Mets (57-74) last night. The Mets got walloped by the Cincinnati Reds (56-76) 14-4 to snap a 14 game winning streak against the Reds that dated back to 2014. The loss was one of many for the Mets, who are on pace to lose 90 games for the first time since 2009. The Mets will look to snap their latest two game losing streak and get back in the win column as they continue their series with the Reds tonight. First pitch for the middle game of this three game set is scheduled for 7:10 pm at Great American Ball Park.

CINCINNATI, OH – AUGUST 29: Asdrubal Cabrera #13 of the New York Mets throws to first base to complete a double play in the fifth inning against the Cincinnati Reds at Great American Ball Park on August 29, 2017 in Cincinnati, Ohio. Cincinnati defeated New York 14-4. (Photo by Jamie Sabau/Getty Images)

The Mets will send right hander Rafael Montero (2-9, 5.64 ERA) to the mound tonight. Montero’s last appearance came on Sunday, when he allowed two runs in 0.1 of an inning of relief against the Washington Nationals in the first half of a double header. Things went better for Montero in his last start, when he held the Arizona Diamondbacks to three runs in 5.2 innings last Thursday, but he was still stuck with a loss due to a lack of run support. The Reds will counter with veteran righty Homer Bailey (4-6, 7.99 ERA). Bailey’s last start came on August 22nd, when he tossed three shutout innings against the Chicago Cubs before departing early with a shoulder injury. The Reds, who ended up losing that game 13-9, pushed Bailey’s next start back two days to give him more rest.