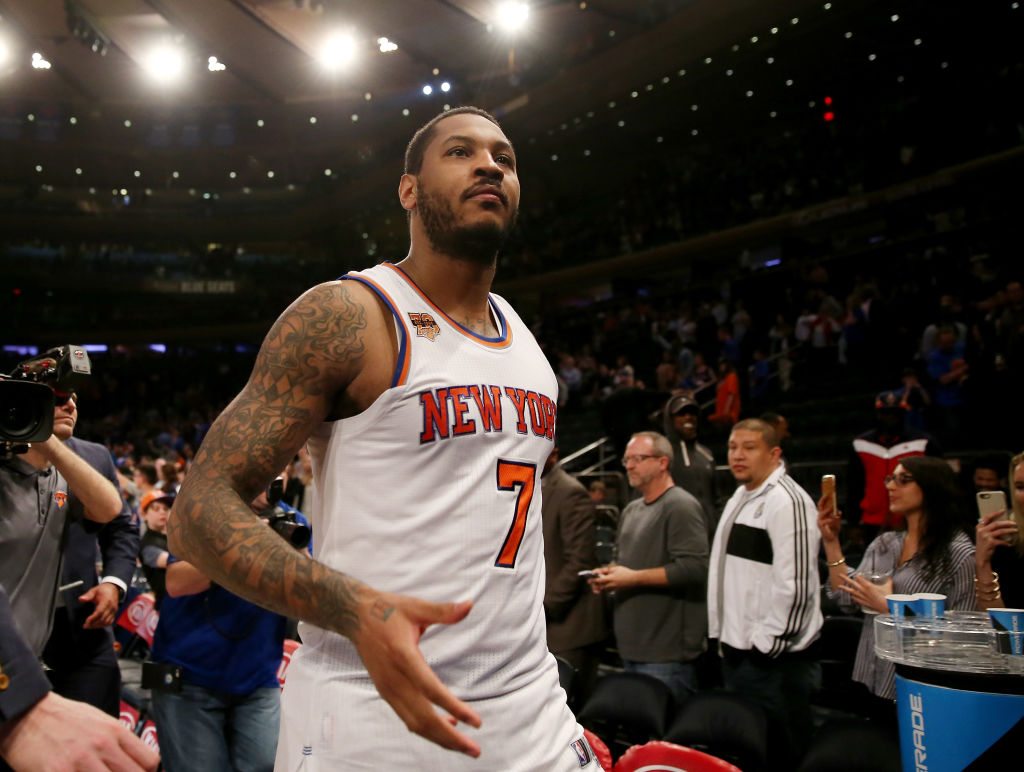 We don’t have to look too far outside the box to realize that Carmelo Anthony isn’t in the Knicks’ future plans.

With the team clearly committing to a rebuild, president Steve Mills sent a letter to the fans to outline that the Knicks have a vision for the future, and that the bigger picture is in focus.

Unfortunately, Melo wasn’t mentioned in it — at all.

The long essay was titled ““A New Day For The Knicks – The Journey Begins,” and can be viewed on The MSG Blog. It talks about how the team is forging a new mentality going forward, specifically, the following, which seemed to be a shot at Anthony:

And then when you look at the talk about the roster, Melo’s name isn’t mentioned anywhere.

And our plan to become more youthful and athletic is underway with 22-year-old Kristaps Porzingis, the return of Tim Hardaway Jr., 25, Willy Hernangómez, 23, and with the debut of our 1st round draft pick, Frank Ntilikina, just 19.

Mills can defend the Ntilikina pick all he wants, but passing on Dennis Smith Jr. just so they could bring in someone to run the “triangle offense” was comically bad, given that former team president Phil Jackson ended up being fired anyway. But that’s part of the old regime, and the blame doesn’t fall on Mills.

The writing is on the wall — Melo will eventually be moved — it’s just a matter of when.