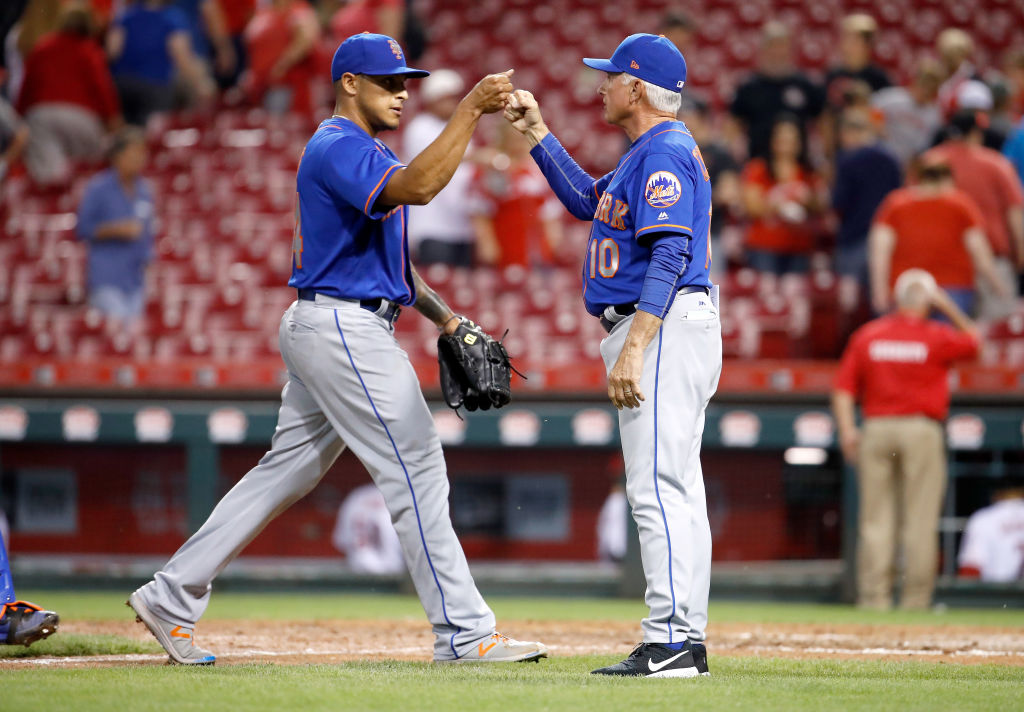 The New York Mets (58-74) saw Rafael Montero deliver his finest start of the season yesterday, tossing 8.1 innings of shutout ball to top the Cincinnati Reds (56-77). The win helped the Mets snap a two game losing streak, and they will look to secure a series victory over Cincinnati this afternoon. First pitch for the matinee affair is scheduled for 12:35 pm at Great American Ball Park.

CINCINNATI, OH – AUGUST 30: A J Ramos #44 of the New York Mets celebrates with manager Terry Collins after the 2-0 win over the Cincinnati Reds at Great American Ball Park on August 30, 2017 in Cincinnati, Ohio. (Photo by Andy Lyons/Getty Images)

The Mets will send their ace, right hander Jacob deGrom (14-7, 3.39 ERA) to the mound today. deGrom was dominant in his last start, allowing one run in 7.2 innings to defeat the Washington Nationals last Friday. The Reds will counter with young right hander Robert Stephenson (2-4, 5.81 ERA). Stephenson also earned a win last Friday, tossing 5.2 innings of two run ball to top the Pittsburgh Pirates.