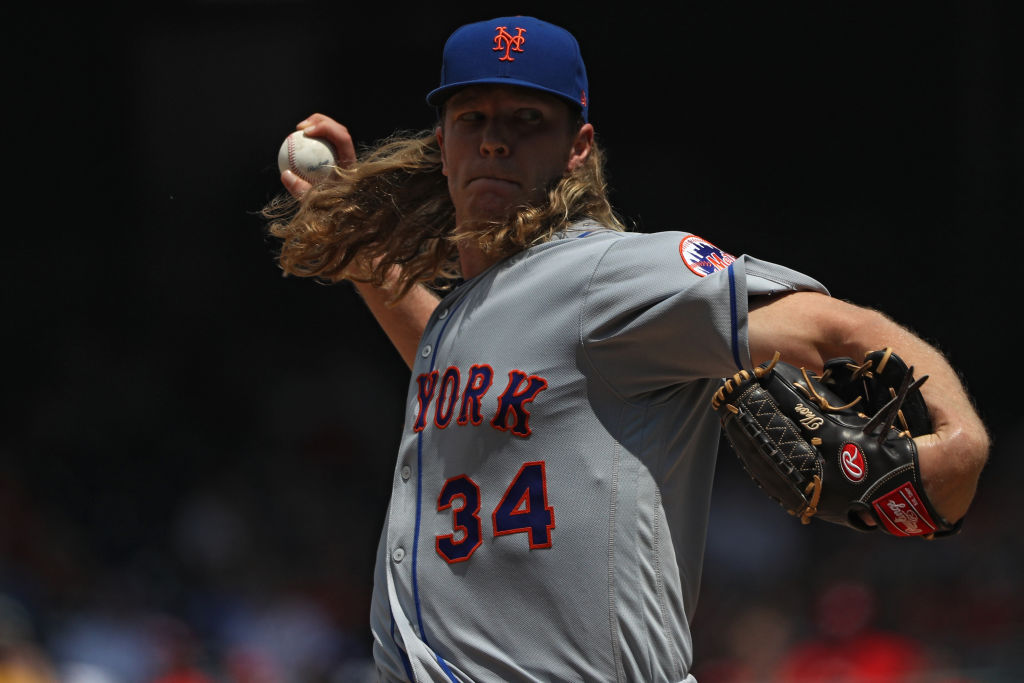 The New York Mets’ season is over, but one of their best pitchers is trying to get back on the field before 2017 concludes. Ace Noah Syndergaard, who hasn’t pitched since April 30th due to a partially torn lat, is on the comeback trail and tossed a bullpen session on Wednesday. The next step in the rehab process will come on Saturday, when Syndergaard begins a rehab assignment with the Gulf Coast League Mets. Syndergaard is slated to pitch one inning in the game, but it will be a big step forward for him.

This is the same path that Matt Harvey’s rehab program started on, with a single inning of work. Harvey needed several more rehab starts to build up his pitch count and he is set to return on Saturday in Houston. If Syndergaard follows the same path he should rejoin the rotation towards the end of September, allowing him to make a few starts before the season concludes. This would be a big win for Syndergaard, who has made it very clear he wants to pitch again in order to avoid going nine months without facing big league hitters. Assuming all goes well the return of Syndergaard could be a nice silver lining for Mets’ fans in this very depressing season.