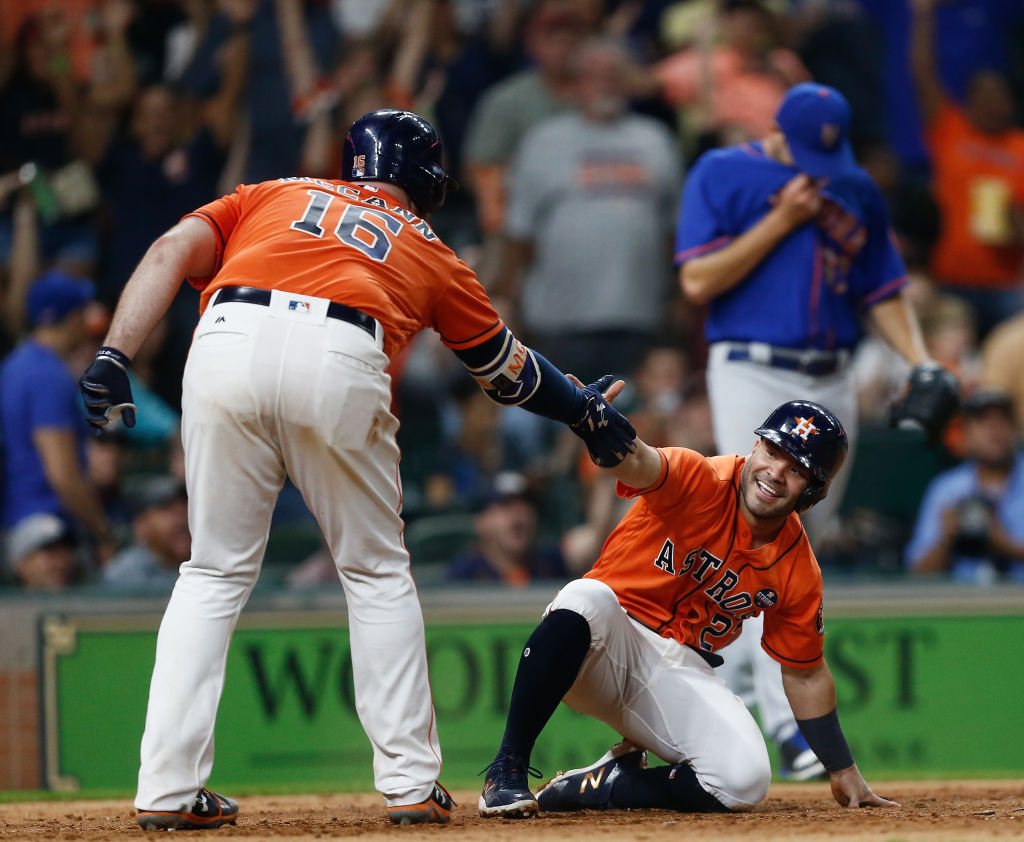 Saturday was a great day for the Houston Astros (82-53), who made a triumphant return to Minute Maid Park by sweeping a double header in the first pro sporting event in the city following Hurricane Harvey. Those wins came at the expense of the New York Mets (58-77), who likely would have lost the games anyway since the Astros are a few superior club at this point. The Mets have now lost three in a row and will look to snap that skid as they wrap up their 10 game road trip this afternoon. First pitch for the series finale is scheduled for 2:10 pm at Minute Maid Park.

HOUSTON, TX – SEPTEMBER 02: Jose Altuve #27 of the Houston Astros receives a hand from Brian McCann #16 after scoring in the sixth inning against the New York Mets in game two of a double header at Minute Maid Park on September 2, 2017 in Houston, Texas. (Photo by Bob Levey/Getty Images)

The Mets will send rookie right hander Chris Flexen (3-3, 6.89 ERA) to the mound today. Flexen was hit hard in his last start, giving up seven runs in 4.2 innings to lose to the Cincinnati Reds last Tuesday. The Astros will counter with righty Mike Fiers (8-9, 4.55 ERA). Fiers was also blasted his last time out, giving up eight runs in four innings to lose to the Texas Rangers last Tuesday.