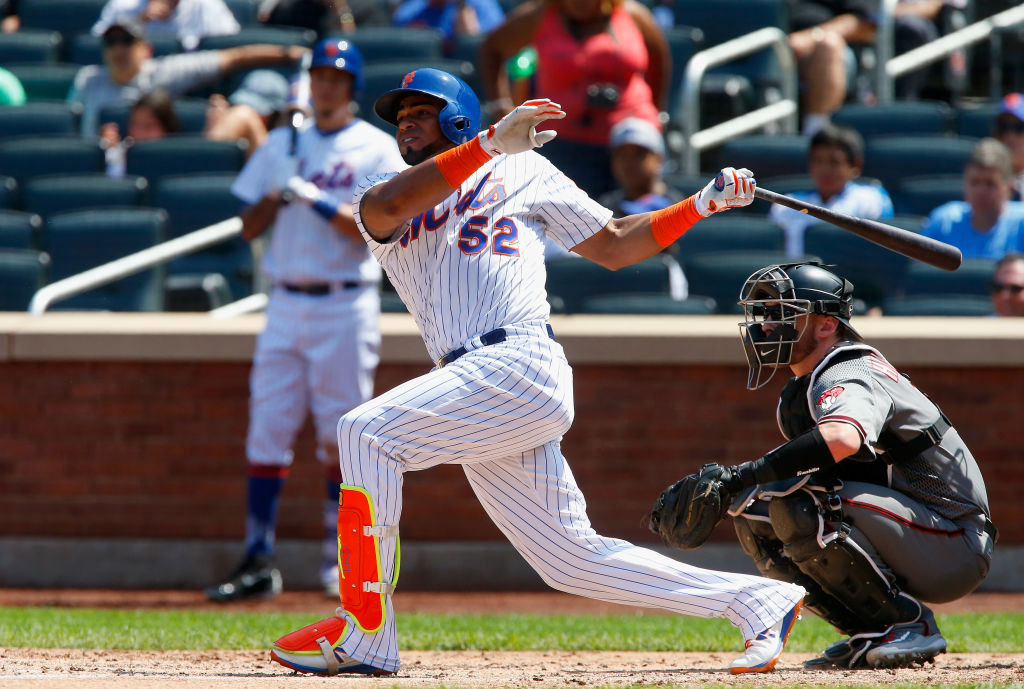 There wasn’t a lot going on for the New York Mets in August, as they went 10-20 to post their worst record in a month since July of 2012. The Mets went 7-18 then, and like that month there simply wasn’t a lot of positive contributions being made to the cause. Thanks to a relatively weak field of contenders, this month’s Met of the Month winner didn’t even get to play in the final week of August due to another injury. Yoenis Cespedes, however, did enough prior to that to take home the Met of the Month award in what will go down as his final month of the 2017 campaign.

NEW YORK, NY – AUGUST 24: Yoenis Cespedes #52 of the New York Mets follows through on a fourth inning home run against the Arizona Diamondbacks at Citi Field on August 24, 2017 in the Flushing neighborhood of the Queens borough of New York City. (Photo by Jim McIsaac/Getty Images)

In 77 at bats in August, Cespedes delivered his finest month of the season, batting .325 with seven homers and 15 RBI’s. The Mets got a vintage Cespedes performance in August, which was good because it looked like he was finally getting fully healthy after missing over two months with a hamstring injury. That didn’t last, however, since the Mets can’t have nice things this season. Cespedes injured his hamstring again in Washington on August 25th, ending his season prematurely, but he had the Met of the Month award on lock prior to the injury.