Your Morning Dump... Where Kyrie Irving is a different kind of cat 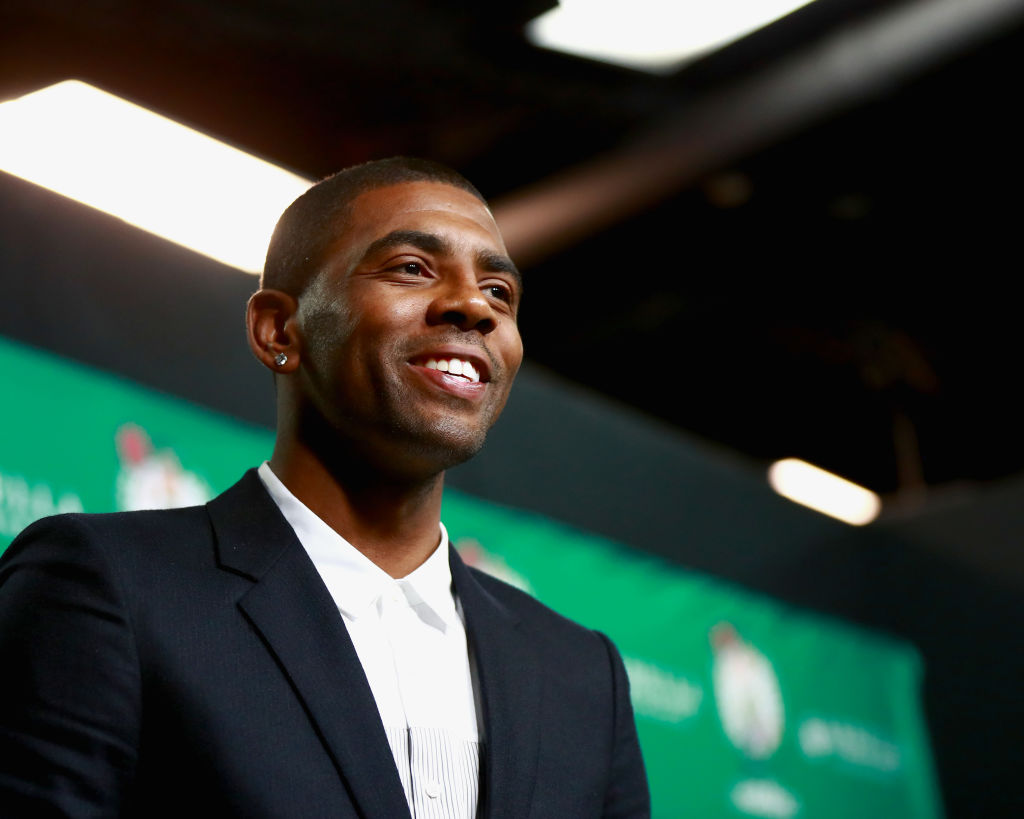 Your Morning Dump... Where Kyrie Irving is a different kind of cat

Some people think Irving may be too intelligent for his own good, that his belief in his leadership and that his talent is potentially limitless caused dissension in Cleveland, that his against-the-grain thinking alienated him from teammates.

It will be fascinating to see how Irving blends into a Celtics locker room that will have 10 other newcomers. Irving is considered a different kind of cat, a nontraditional millennial. He embraces that and wants it to be acknowledged more. He wants to be noticed for more than just his ballhandling and finishing ability.

Kyrie Irving is a complex person and his integration into the Celtics culture should be interesting. It was time for a breakup from James and the Cavaliers culture. Irving seems eager and intent on making this new venture work. The combination of he and the astute Brad Stevens should be critical to the Celtics’ continued growth.

Globe: Irving confident in his decision and himself

I want to get Kyrie and Jaylen Brown into a room, get them high, and then sit back and listen to them pontificate for hours. I feel like that would be fun as hell.

On the floor, Kyrie will have to adjust his game a bit. We know that with his willingness to take big shots and create for himself comes a lot of dribbling. His ballhandling is by far his most elite skill, but the Celtics aren’t built to watch a guy pound the rock for 20 seconds before taking a shot.

Kyrie seems smart enough to know he’ll have to change some things. The players he has in Boston were different from those in Cleveland. Obviously he doesn’t have LeBron James next to him anymore, but he has players that can different things than his other former teammates.

Al Horford will be a particularly important guy in this scenario. He’s basically the opposite of  Tristan Thompson, so a lot of the pick-and-roll plays Kyrie ran in Cleveland will end up with much different spacing and opportunities. Gordon Hayward can’t do what LeBron can do, but he’s got a wide variety of high-level skills that will require a lot of defensive attention.

With different teammates, a different (and much better) coach, and the renewed energy of being in a new city, the hope is that Irving can thrive in a way we haven’t seen yet. Boston will still need Kyrie to isolate, but they need a distributor as well.

If Kyrie can make those adjustments and elevate his game, then we could be in for some fun over the next few years.

Page 2: Prepare yourself for Isaiah Thomas in Cavs gear

I know we’re supposed to be adults here

I know I’ve made the cardinal sin of getting too attached to a player. I know full well that not only is the NBA a business, but Danny Ainge is willing to do anything to get the right deal done for his team. And while I fully understand the thinking behind it and can grasp the long-term impact on the team, it still stings to see this.

Isaiah’s season was one of the best individual performances I’ve ever seen. The whole “King in the Fourth” and tapping his wrist saying “you know what time it is” was too much fun. This is like seeing your ex with a new person… even though you’ve moved on too it’s just off-putting.

James Harden is pitching in $1 million to help the Harvey relief efforts. The efforts by the NBA and its athletes and owners has been amazing. If you would like to help too, I’d suggest going to Charity Navigator, where they have compiled some reputable local charities that could use some assistance.