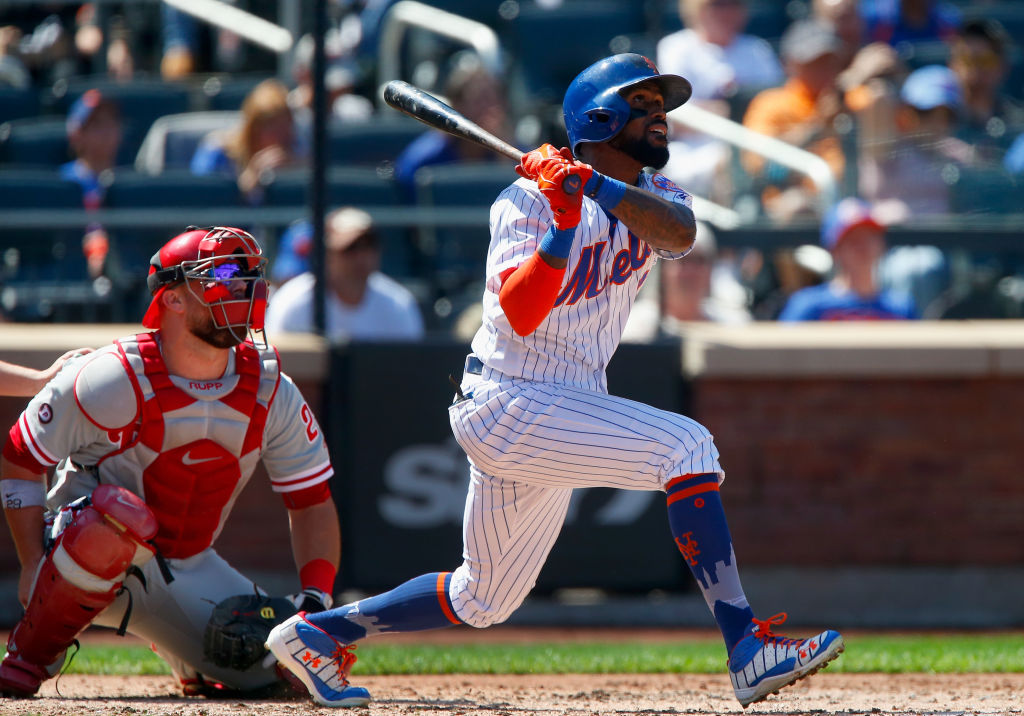 The New York Mets (59-78) continued their recent run of dominance over the Philadelphia Phillies (52-85) by scoring an 11-7 victory yesterday. The offense picked up where it left off over the weekend, racking up 12 hits to snap a four game losing streak. The Mets will look to continue beating up the Phillies as the two teams continue their three game series tonight. First pitch for the middle game of the three game set is scheduled for 7:10 pm at Citi Field.

NEW YORK, NY – SEPTEMBER 04: Jose Reyes #7 of the New York Mets follows through on a third inning home run as Cameron Rupp #29 of the Philadelphia Phillies looks on at Citi Field on September 4, 2017 in the Flushing neighborhood of the Queens borough of New York City. (Photo by Jim McIsaac/Getty Images)

The Mets will send their ace, right hander Jacob deGrom (14-8, 3.43 ERA), to the mound tonight. deGrom lost in his last start, giving up four runs (three earned) in six innings to fall to the Cincinnati Reds last Thursday. The Phillies will counter with rookie right hander Ben Lively (2-5, 4.22 ERA). Lively picked up his second career win last Thursday, giving up two runs in six innings to defeat the Miami Marlins.