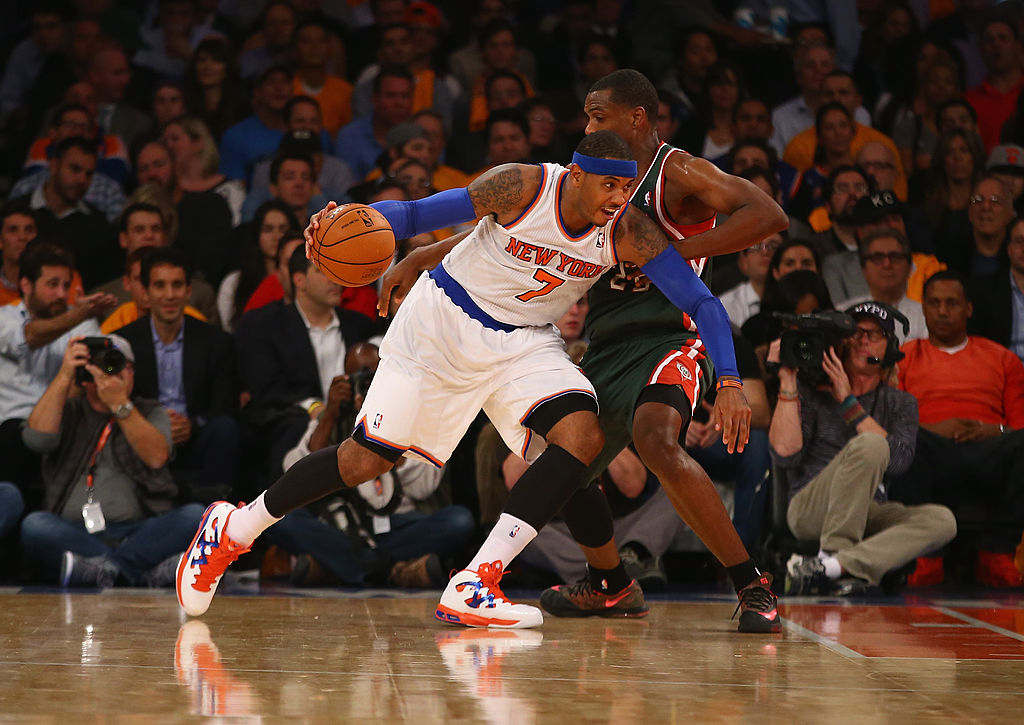 With the new month of September having arrived and NBA training camp just weeks away, the likelihood that Carmelo Anthony begins the new campaign as a Knick is subtly increasing.

This shouldn’t be surprising by any means. Anthony has made it clear that he is solely interested in heading to Houston, which doesn’t leave the Knicks with many options. There’s only so much the Rockets have to offer and finding (and subsequently negotiating with) a third or fourth team to further those trade discussions along takes time. A move also requires an adjustment period from a player’s standpoint, and it may prove difficult for Anthony to uproot his life and put certain pressures on his family in such an abrupt manner at this point. If it were earlier in the offseason. things may be different. Anthony’s no-trade clause gives him the power. If the timing isn’t right, he could simply refuse to go anywhere.

With all of this mind, Ian Begley reports that the Knicks were “not close” to moving Anthony as of last week. He is reporting, however, that as New York looks for a third partner to satisfy their needs in talks with the Rockets, the Milwaukee Bucks recently emerged with potential to be involved.

Houston’s need to move Ryan Anderson’s contract in a deal for Anthony creates a rather fast stalemate for just about any NBA team and the Bucks are no different. Still, Begley reports that Jabari Parker’s name came into play. Though the 22 year old was limited to just 51 games last season, he was on the verge of a breakout campaign with 20.1 points per contest.

The former No.2 pick is exactly the type of player the Knicks should want in return for Anthony. He’s young, talented, and still employed on a reasonable contract. The fact that he’s a forward would help New York fill the void that would be created by Anthony’s departure and slot him right in with the rest of the team’s promising young core.

With little to no significant progress on a deal being made, one thing is clear: Steve Mills, Scott Perry, and Co. aren’t going to be rushed into pulling the trigger or pressured by Anthony’s preference. They aren’t motivated to trade him to Houston simply to get something done. The Knicks need to acquire meaningful value back in return, ensure that it fits the team’s new identity, and fills a sensible void. Future assets are one thing, but when trading a player of Anthony’s caliber, it makes sense that New York is interested in acquiring a talent that they can continue to build with as well. Someone like Parker fits the bill there. When talking to prospective trade partners, that’s where New York’s mentality is.

Given how close the new season is and all the time the Knicks have had to already explore this offseason, there aren’t many options at all. It’s much more likely that Anthony begins the campaign donning orange and blue, which would create a very awkward situation all around. The main focus should be that whatever happens, the team does not allow any tension with Anthony to influence the positive culture the Knicks are trying to create around its up and coming prospects.