Report: Bucs-Dolphins could be moved to Pittsburgh or Philadelphia 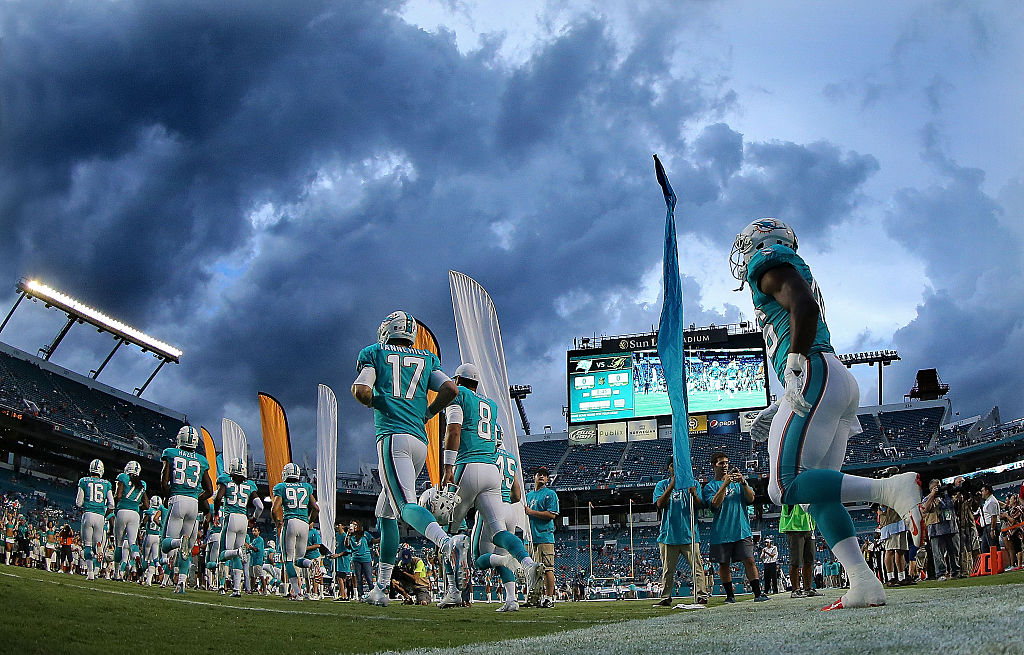 Report: Bucs-Dolphins could be moved to Pittsburgh or Philadelphia

Hurricane Irma is currently wreaking havoc in the Caribbean and is the strongest hurricane ever recorded in the Atlantic Basin. After it makes its way through the Caribbean, the category 5 hurricane is expected to hit South Florida this weekend.

With that being known, football teams across the southern part of the state are either moving up their games or rescheduling them. In terms of the NFL, they’ve already decided that the Tampa Bay Buccaneers-Miami Dolphins regular season opener will not take place on Sunday at 1:00 p.m. E.T. due to Irma.

As of now, the league still hasn’t decided on if they will play the game at a neutral site or reschedule it for later in the season, which could work as both teams have a bye week in Week 11.

However, if the NFL does decide to move the game to a neutral site, the state of Pennsylvania could become a legitimate option.

According to Jeremy Fowler of ESPN, Pittsburgh and Philadelphia are under consideration to host Buccaneers-Dolphins if they play this week. Darlington also adds that a decision will likely come tomorrow regarding the game.

If Bucs-Dolphins was to be played in Philadelphia, it could work as the Eagles are on the road to open the season. But Lincoln Financial Field will be occupied on Saturday afternoon as the Temple Owls take on the Villanova Wildcats.

Therefore, the NFL could play the game either on Friday night or Sunday at Lincoln Financial Field if necessary. Although, if those two options don’t work, the league can always play the game in New Orleans too as the Saints are on the road.