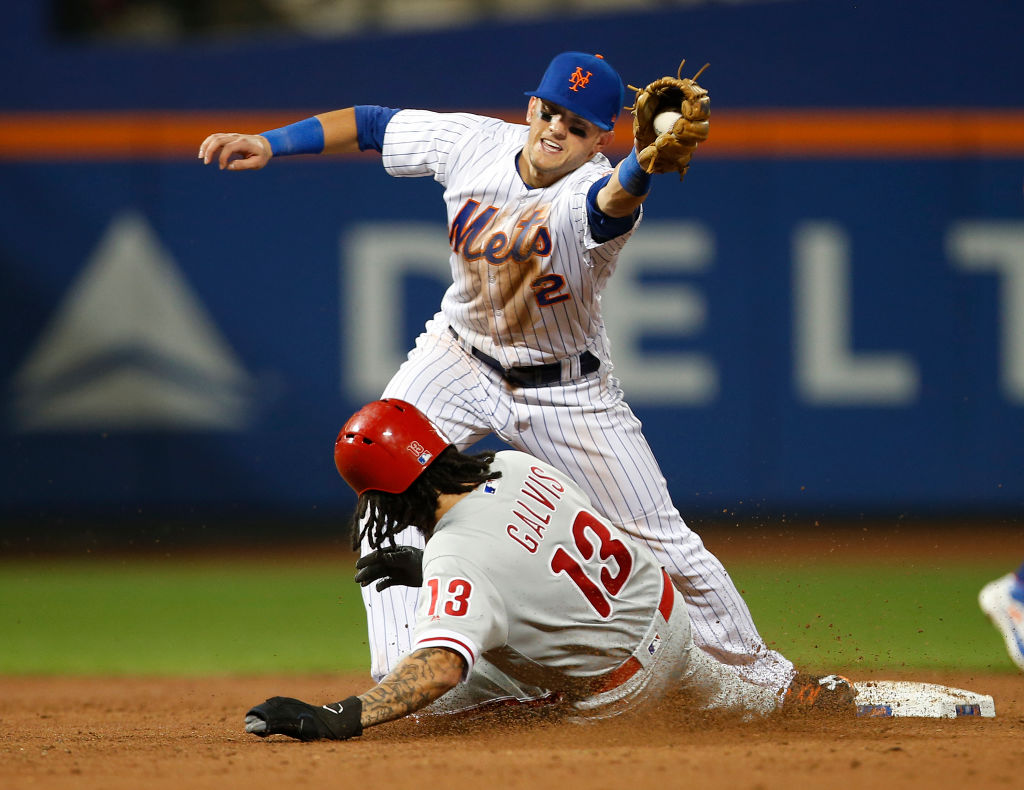 Every dog has its day, and the Philadelphia Phillies (53-85) had theirs against Jacob deGrom yesterday. deGrom had a rare rough start for the New York Mets (59-79), giving up nine runs (six earned) in 3.2 innings of a 9-1 loss. The two teams have now split the first two games of this three game set and will look to secure the rubber game tonight. First pitch for the series finale is scheduled, weather permitting, for 7:10 pm at Citi Field.

NEW YORK, NY – SEPTEMBER 05: Freddy Galvis #13 of the Philadelphia Phillies is caught stealing as Gavin Cecchini #2 of the New York Mets gets set to make the tag during the third inning of a game at Citi Field on September 5, 2017 in the Flushing neighborhood of the Queens borough of New York City. (Photo by Rich Schultz/Getty Images)

The Mets will send right hander Robert Gsellman (5-6, 5.60 ERA) to the mound tonight. Gsellman last pitched on August 26th, when he gave up six runs (two earned) in four innings in a loss to the Washington Nationals.  Matt Harvey was originally scheduled to pitch this game on three days rest, but the Mets scratched him due to concerns over rain in the forecast. The Phillies will counter with rookie right hander Nick Pivetta (5-9, 6.57 ERA). Pivetta pitched well in his last start, giving up one run in six innings against the Miami Marlins last Friday, but did not factor in the decision. The Phillies ended up with a 2-1 win in that game.