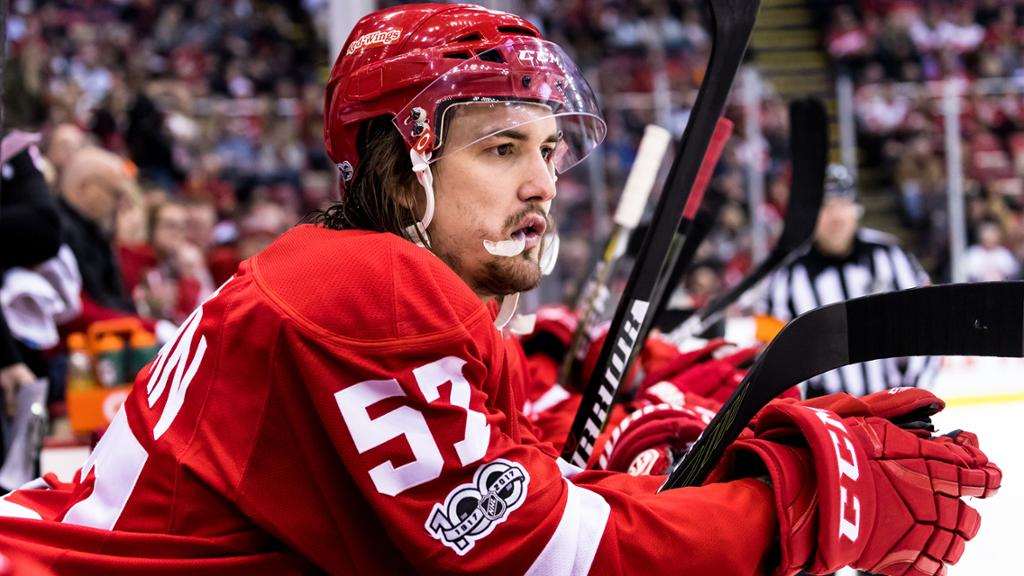 The Edmonton Oilers were busy on July 1st adding depth to the organization. While Ty Rattie was the most notable piece added, there was another forward who could make a name for himself with his new organization.

Mitch Callahan, a California native who has spent the entirety of his career in the Detroit organization, represents a low-risk but potentially high-reward signing. The hardworking forward won’t knock you out with his skill, but he has the work ethic and intangibles to both get noticed by the Oilers and become a fan favorite in Edmonton.

Callahan has played in five NHL games, with four of them coming last season, and gone pointless in those affairs. In the AHL, however, he has proven his offensive worth. In 66 games with Grand Rapids last season, Callahan registered 16-27-43 and then added another 6-10-16 in 19 playoff games en route to a Calder Cup Championships.

So….Just Who Is Mitch Callahan?:

At 6′ and 195 pounds, Callahan isn’t exactly the hulk on skates. That said, he does bring a physical style and has a motor that seemingly never runs out of gas. I liken his game to veteran Matt Hendricks, who recently left the Oilers for Winnipeg. When I see Callahan’s game, I’m reminded of the early stages of Hendricks’ tenure in Edmonton. While many remember his struggles last season, Hendricks was a pretty solid player for the team for a few seasons.

For a deeper look at Callahan, here is his scouting report from The Hockey News:

I don’t think it is likely that we see Callahan make the Oilers right out of camp, but I would be stunned if we don’t see him in the lineup at some point this season. He’s not the sexy name and doesn’t play the sexy style, but he is a guy who appears like a perfect candidate to please Todd McLellan and Peter Chiarelli.

I think we can expect Callahan to get a rather lengthy look in training camp and then head down to the farm and play a top-six role for Bakersfield. I expect somewhere between 5-10 games for him in the NHL lineup as well this season. If Callahan can provide, let’s say, 40 points and veteran leadership on the farm and look like he belongs in his NHL cameo then I would call his season a success.