"This is for Boston," IT says goodbye. 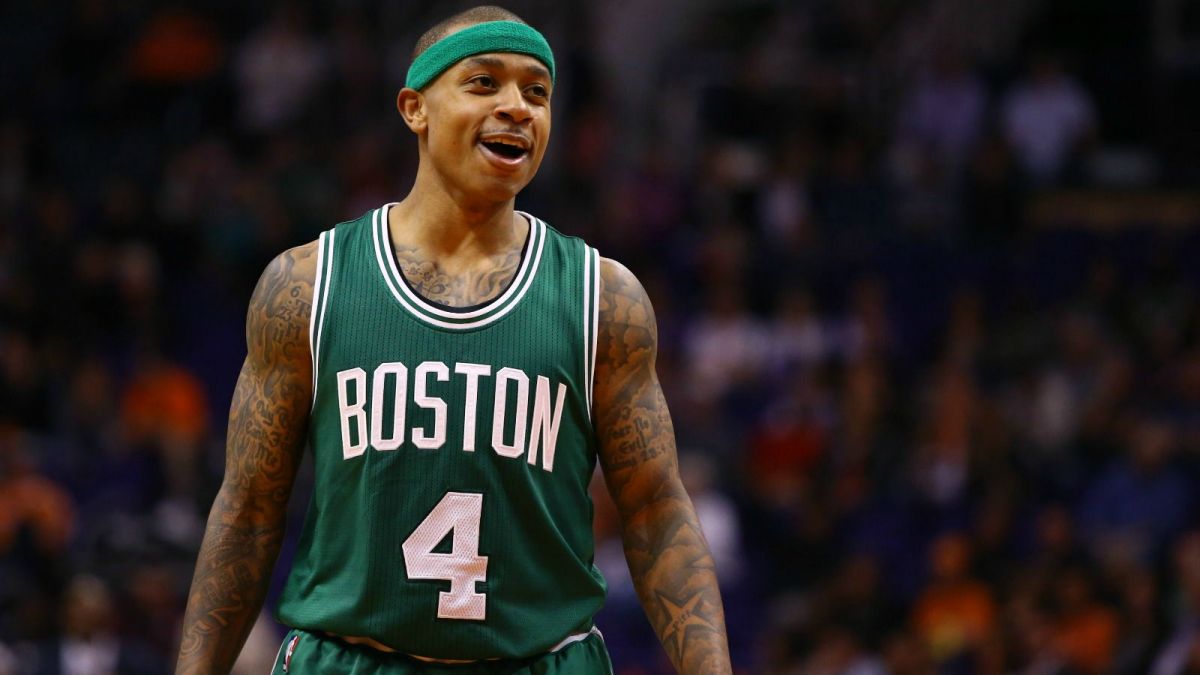 "This is for Boston," IT says goodbye.

Sounds dramatic, but that’s actually a pretty normal text from Danny. Could’ve been about all sorts of things. So I called him back, still driving and not really thinking much of it. He knew I’d been on my trip, so he asked me a few questions about it. I’m sure I asked him how he was, maybe how the family was doing. Again, you know, just that normal sort of talk.

And then somewhere in there, it was just like … it was barely anything. This little pause in the conversation. And that’s when he told me.

“I just traded you.”

Simple as that. No big words, no big speech. Though I guess when it comes to shit like that, there’s not much more to say.

“To where.” That’s all I could manage.

“To the Cavaliers, for Kyrie.”

And that’s when, like — man. You ever been on the phone, and someone says something … and then all of a sudden, all you can think about after is, I don’t want to be on the phone anymore? Not even in a rude way. Just, like, your willpower to have a conversation shuts down. That’s what it was like for me in that moment.

This is a must-read, all the way through.

Isaiah Thomas hasn’t said much since the trade, in fact, I don’t believe he’d said anything at all before yesterday.

He must’ve been saving up.

This piece is definitely, absolutely, worth reading.

those first two reactions I got, from my sons? That was all I needed. All those takes, all the rumors, all the expert analysis going around … and, man, my sons got it more right in a couple of minutes over FaceTime. Everything about that trade, everything that I was feeling in my heart in those moments — they got it down to the only two things that mattered.

One, as my oldest said it: “LeBron James.” Or put another way — I get to come over and join the best team in the East, and try to win a championship alongside the best basketball player in the world.

And two, as my youngest said it: “Sad.” Or put another way — man, man, am I going to miss this city.

Man, am I going to miss being a Celtic.

Lost in the thoroughly crapulent behavior of Cavs management is the fact that a healthy IT + James & Crowder is a much more potent package than a disinvested Kyrie, James, and absolutely no bench.

I would not be surprised, if IT comes back healthy, if the Cavs win the East, and I wouldn’t mind it if they get a shot at a ring before the Celtics.

And I hope people can understand that when I say it hurt, it isn’t directed at anyone. I’m not saying I was hurt by anyone, or wronged by anyone, or betrayed. I’m just saying, man, I’m only human. I may act like a tough guy on the court. And I may seem like I have ice in my veins when I’m competing. But at the same time — it ain’t ice, really. I got blood and I got a heart like everyone else.

We say it all the time–these guys are millionaires, they’re paid a fortune to play a kids’ game, but they’re only human. A punch in the gut is a punch in the gut, regardless of how much you paid for your house, your car, or anything.

In my mind, I wanted to be the Celtics version of Brady and Ortiz. I wanted this next era of Celtics basketball to go down in history — and I wanted to go down in Boston sports history with it. So when I got that text from Tom, you know, there was part of me that felt a little down.

I like to imagine that sometime not long from now, somewhere in Boston, someone is going to be a parent, talking basketball to their kid. And their kid is going to ask them, point-blank like kids do, you know, “Yo — why you become a Celtics fan?”