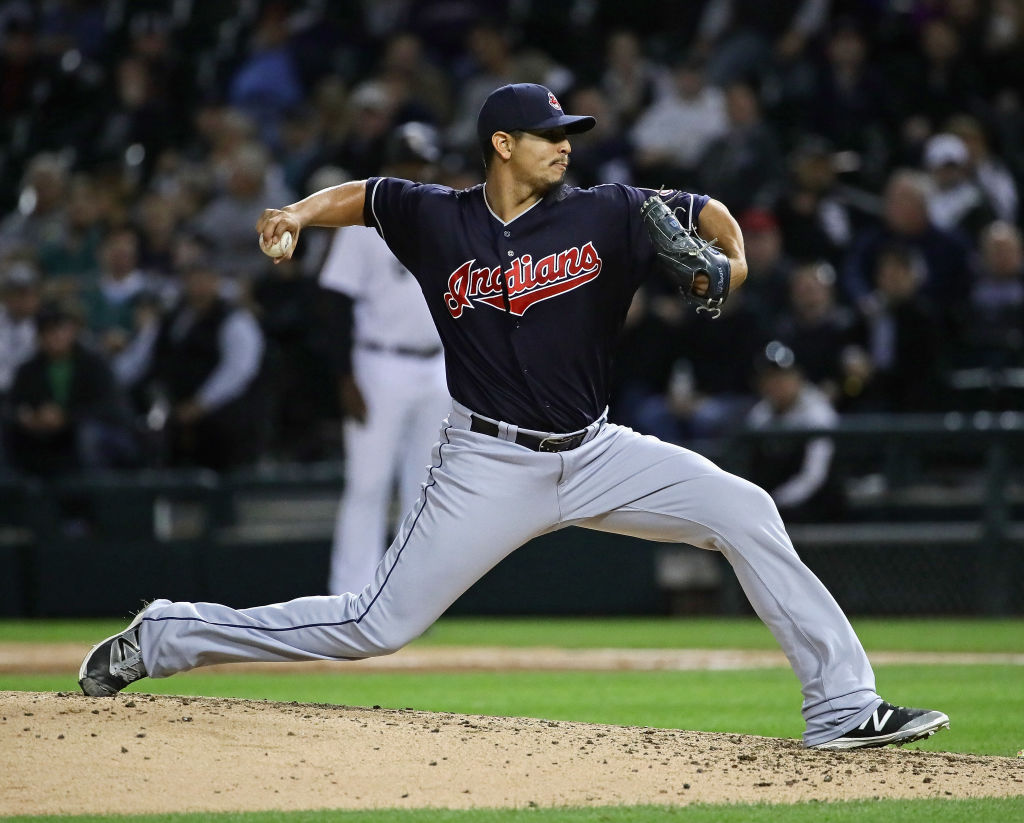 Tonight’s game started rather slowly, from one aspect of the game, however, from the side of the mound in favor of Cleveland, it couldn’t have gone any better.

Cleveland’s starter, Carlos Carrasco, came out strong out of the gate, retiring the first 12 bats before giving up Chicago’s first hit in the fifth inning. He would give up just two others, a single in the sixth and a two-out solo homer from the slumping Adam Engel in the bottom of the ninth. Carrasco went a full nine innings, striking out nine, and amazingly keeping his pitch count below 100 (97). From the fifth inning going into the ninth, he kept the pitch count per inning at eight or below, throwing 78% strikes throughout his complete game.

Chicago’s starter, Reynaldo Lopez, kept Cleveland on the ropes through the 6.0 innings he pitched in, giving up just the single run in the fourth to Tyler Naquin’s sac fly.

Cleveland’s bats had a few opportunities early on to score and give Carrasco a buffer to work with, leaving two in scoring in the first, two on in second, the bases loaded in the fourth while only getting one home on a sac fly from Tyler Naquin.

It wasn’t until the top of the eighth inning that the Tribe bats decided to show up, kick butt and take names, facing White Sox relievers Gregory Infante and Danny Farquhar. Infante walked Edwin Encarnacion to lead off the inning, before being replaced by Farquhar. Edwin was brought home on a mammoth home run off the bat of Carlos Santana, who went 3-4 on the night with two RBI and a walk.

With the bases empty, rookie Yandy Diaz walked and shortly after made it to third on a single to center from Abraham Almonte. Farquhar walked rookie Bradley Zimmer to load the bases, and as he’s done all this season, catcher Roberto Perez got a run home, and ended up reaching on a fielding error. All of this being done with no outs.

Chicago would go to their bullpen a second time in the inning, bringing in Dylan Covey, would managed to get Francisco Lindor to hit into a double play with two in scoring. He was also able to strikeout Lonnie Chisenhall to end the three run inning.

In the ninth, the Indians slid yet another run in via Jose Ramirez and rookie Greg Allen. The young CF hit into what looked to be a routine double-play for Chicago, ending in a dropped ball by first baseman Matt Davidson. Davidson tried to make a play at home to get Ramirez out sliding, though he was called safe, extending Cleveland’s lead.

When it’s all said and done, Cleveland added their 14th consecutive win of this win streak, tying the longest win streak in franchise history. The lead in the division now comes to 11 games over second place Minnesota Twins after they won earlier today. The magic number now drops to 13.

I had a feeling waiting tonight would give me some solid candidates for tonight's #TribeTopThree!
NOW HELP ME CHOOSE!

Carrasco’s complete game was needed for many reasons, but the biggest being how taxed the bullpen was after the extensive amount of arms used in Tuesday’s game. He also hit a career milestone, taking the 14th slot for most K’s in Indians history, bumping Stan Coveleski to 15th. It took Coveleski over 2,500 innings to reach this feat, whereas it’s taken Carrasco under 900 innings. With this being Carrasco’s 14th win in 2017, it was also the 14th win in the streak.

Santana seemed to be all over the place from the batter’s box to the bases, and not in a bad way. He went 3 for 4 with two RBI, two runs and a walk. He came up big in the eighth inning with Encarnacion at first, teeing off far into the seats out in center, putting Cleveland up 3-0 in a hurry. At first, his glove and impressive agility kept even the slightest misplay far from causing any damage.

Naquin is back from Triple-A! In the fourth inning, Naquin put Cleveland on the board first, hitting a sac fly to left, scoring Santana. The downside, the bases were loaded and only a single run got home, but the upside, a run got home with the bases loaded, and it lead Cleveland to their 14th victory.

Tomorrow night is the final game in this four-game series and the last time Cleveland will travel to Guaranteed Rate Field for the 2017 season. The 8:10 first pitch will be lead by Cleveland’s Ace Corey Kluber, looking for his 15th win of the season along with Cleveland’s 15th consecutive win, and the White Sox will put southpaw Carlos Rodon on the bump against him.