Von Miller has high praise for Trevor Siemian, compares him to Peyton Manning 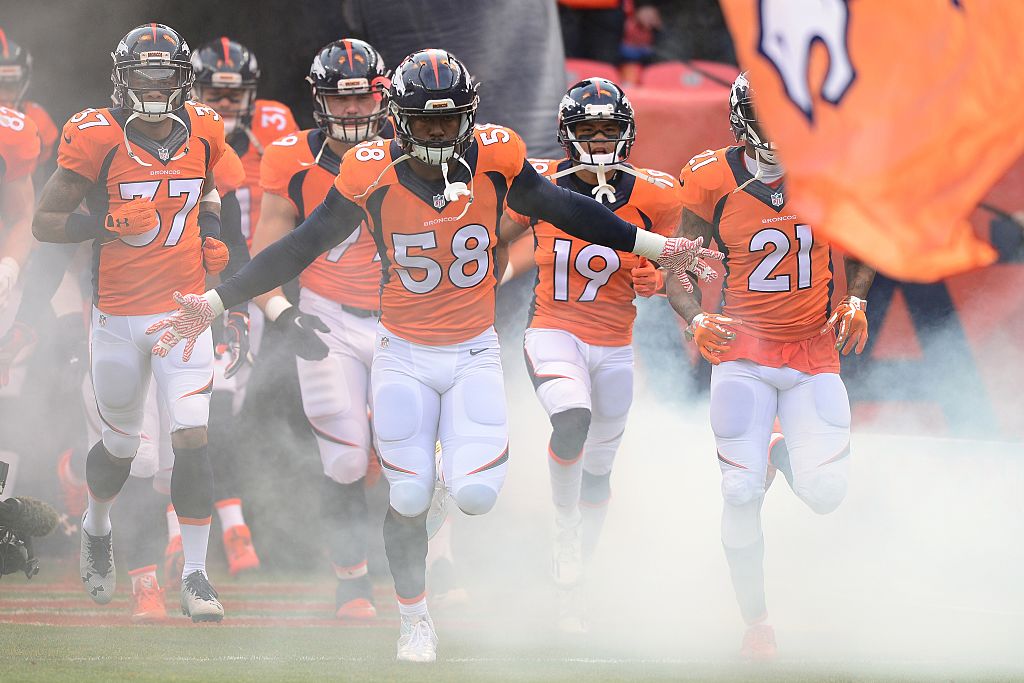 Von Miller has high praise for Trevor Siemian, compares him to Peyton Manning

The Broncos’ quarterback competition is over, with Trevor Siemian having been named the starter going forward. Fans seem to be sold it was the right decision, for the most part, and teammate Von Miller appears to be on board with it.

Miller appeared on PFT Live Wednesday, and he shared some thoughts on Siemian. The Broncos quarterback will be entering his third season in the league, and Miller had plenty of praise for him. He even compared him to Peyton Manning, as it relates to his mindset and approach to the game.

“We’ve been saying it for a long time, we said it last year,” Miller said, via Pro Football Talk. “Him seeing the way it’s done, he just has that Peyton Manning vibe—he kind of looks like Peyton Manning too. It’s great to have that energy from Trevor in the locker room and on the football field. I trust him in everything, our whole organization trusts him. He’s looking 10 times better than he did last year, and he did a lot of great stuff for us last year.”

Siemian threw for 3,401 yards last season, with 18 touchdowns and 10 interceptions. Consistency was an issue, as was reading opposing defenses.

This will be a make-or-break year for the Broncos young signal-caller, so we’ll see if he can live up to Miller’s hype.