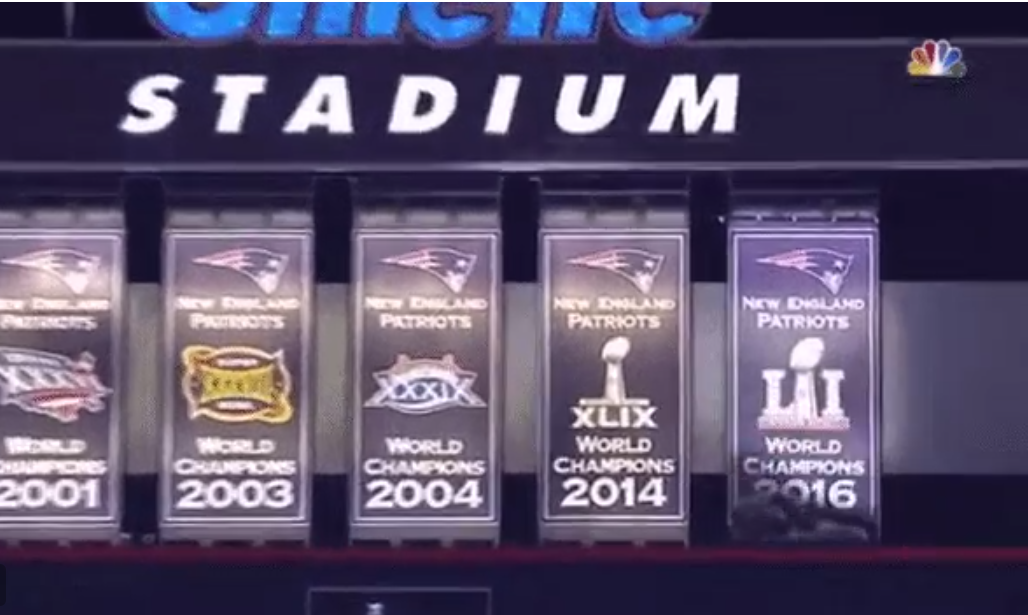 The Patriots hosted the 2017 NFL season opener in Foxboro on Thursday night, when the Chiefs came to town with the daunting task of trying to defeat Tom Brady and Bill Belichick in a game they had extended time to prepare for.

Kansas City also had to deal with the crowd — full of Patriots fans that were fired up as the team prepared to defend its title.

Speaking of being world champions, the Patriots unveiled their Super Bowl XLI banner before the game. Here’s what it looked like.