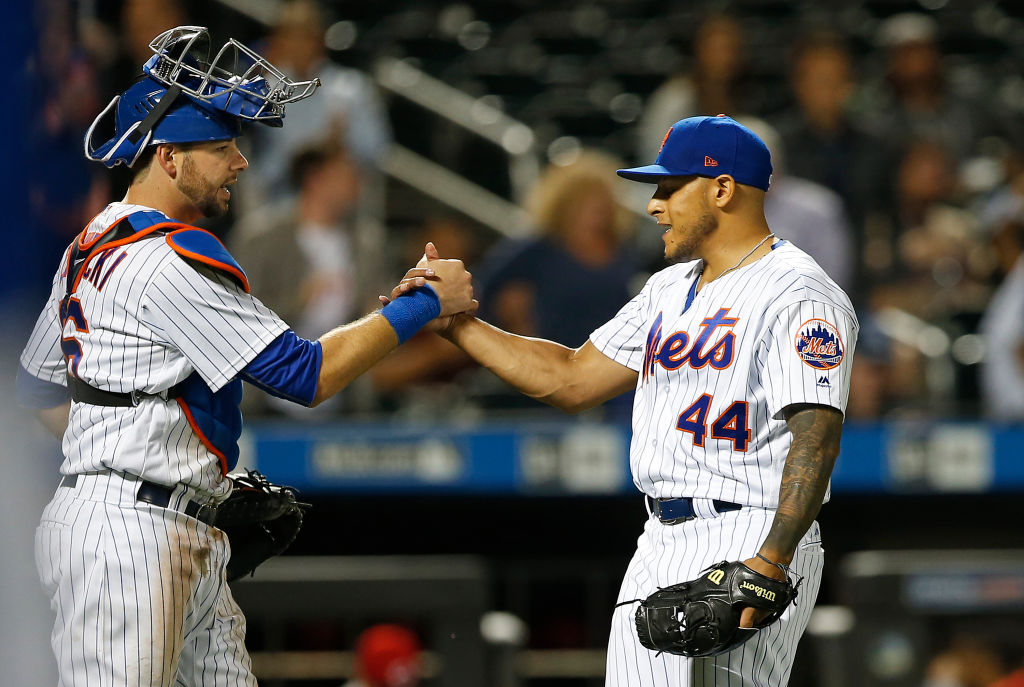 For the first time in a while, the New York Mets (61-79) were able to enjoy Harvey Day. Matt Harvey pitched decently, allowing two runs in five innings pitched as the Mets picked up a 7-2 win over the Cincinnati Reds (61-80). The two cellar dwellers will continue their slow march towards the end of the season tonight. First pitch for the second game of this four game set is scheduled for 7:10 pm at Citi Field.

NEW YORK, NY – SEPTEMBER 07: Catcher Kevin Plawecki #26 and closer AJ Ramos #44 of the New York Mets congratulate each other after defeating the Cincinnati Reds 7-2 during a game at Citi Field on September 7, 2017 in the Flushing neighborhood of the Queens borough of New York City. (Photo by Rich Schultz/Getty Images)

The Mets will send right hander Seth Lugo (5-4, 5.00 ERA) to the mound tonight. Lugo was roughed up in his last start, giving up four runs in five innings to lose to the Houston Astros in the nightcap of a doubleheader last Saturday. The Reds will counter with rookie left hander Amir Garrett (3-6, 7.41 ERA), who actually played college basketball for St. John’s before converting to baseball. Garrett will be making his first start in two and a half months after being demoted to the minor leagues following a rough stretch.