Bettman Does Not See Coliseum As "Viable Option" For Islanders 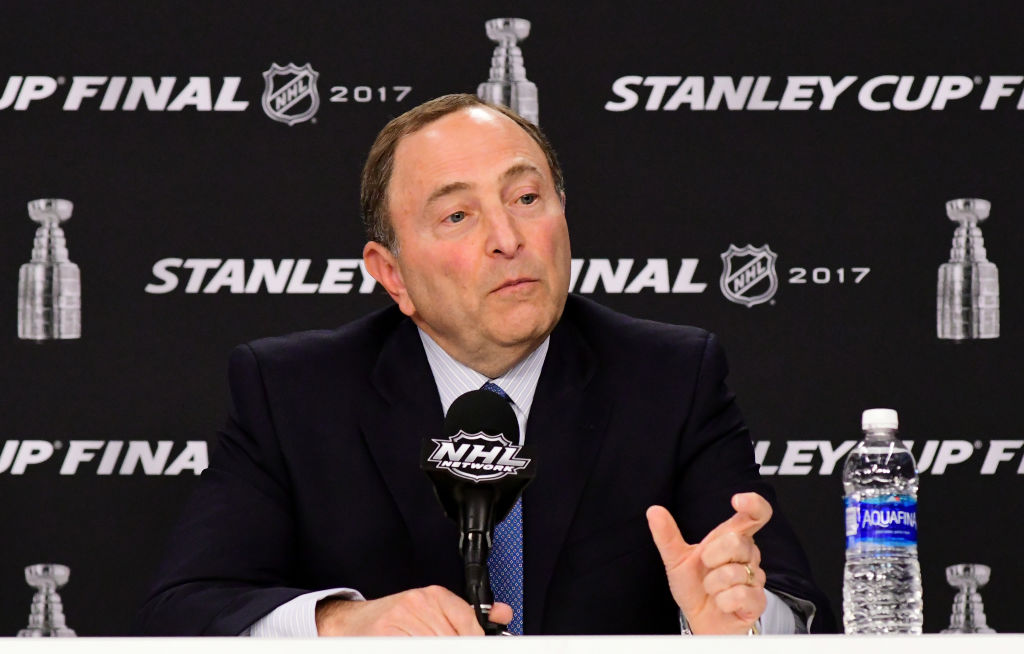 Bettman Does Not See Coliseum As "Viable Option" For Islanders

If  NHL commissioner Gary Bettman’s position on the Islanders playing at the Nassau Coliseum was unclear, he made it abundantly clear on Friday.

Bettman told reporters that he did not view the renovated Nassau Coliseum as a “viable option” for the Islanders despite continued efforts to lure the franchise back to Long Island. The comments came during a press conference at Citi Field to discuss the 2018 Winter Classic between the New York Rangers and Buffalo Sabres.

“I don’t view the Nassau Coliseum as a viable option,” Bettman said according to the Sporting News. “I do think the Islanders have options, very good options, and they are in the process of evaluating what makes the most sense for the franchise and, in particular, for their fans.”

The Islanders are expected to to submit a bid to develop an arena on the land at Belmont Park. No bid has been submitted yet, but New York Mets CEO Jeff Wilpon did confirm that they have have been working with Islanders ownership in putting together a bid for the site.

“We are working with the Islanders, and it’s their call,”  said Wilpon, who was also on hand for the press conference. “Like the commissioner said, they have a lot of good options and will play them all out and see what happens.”

And while that discontent between the two sides has renewed hopes from local politicians on Long Island that the Islanders could return, even on a temporary basis, Bettman does not see the Coliseum as an option.

The comments come a little over a week before the Islanders are scheduled to play a preseason game at the renovated Nassau Coliseum.