Dont'a Hightower injured his knee on this play vs Chiefs 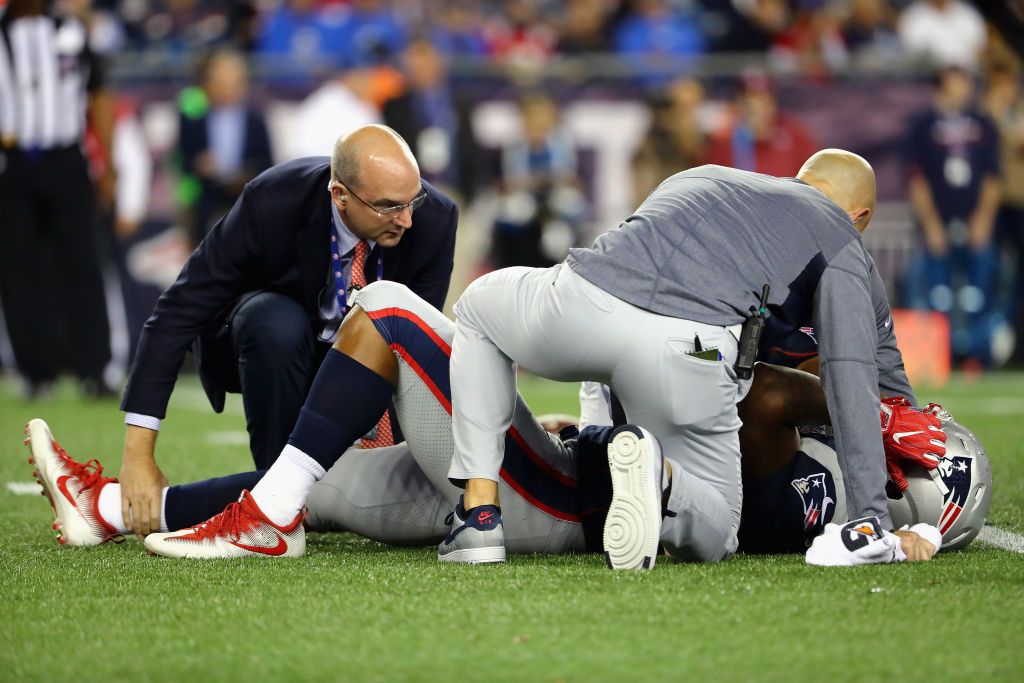 Dont'a Hightower injured his knee on this play vs Chiefs

All the momentum swung toward the Chiefs when Patriots linebacker Dont’a Hightower was forced to exit Thursday night’s game against the Chiefs with a knee injury.

It’s hard to understate how important Hightower is to the Patriots defense, as he calls the audibles and makes sure everyone is where they should be pre-snap. He’s the glue that holds the defense together, and his WAR is off the charts — which was evidenced in how bad Cassius Marsh was when he came in to replace DH.

Hightower hurt his knee in the third quarter on this play, having his leg rolled up and landing awkwardly on his knee.

He was seen riding a stationary bike, and for awhile, it looked as if he was going to return to the game. Hightower clearly wanted to go back in, probably after watching Marsh get burned by Kareem Hunt for a 78-yard touchdown.

Clearly Hightower pushing staff to let him back in game. He's jogging now and Whalen watching him like a hawk.

The team released the following as far as his status.

We should get a better idea regarding the extent of the injury on Friday, as the coaching staff didn’t offer any updates after the game was over.