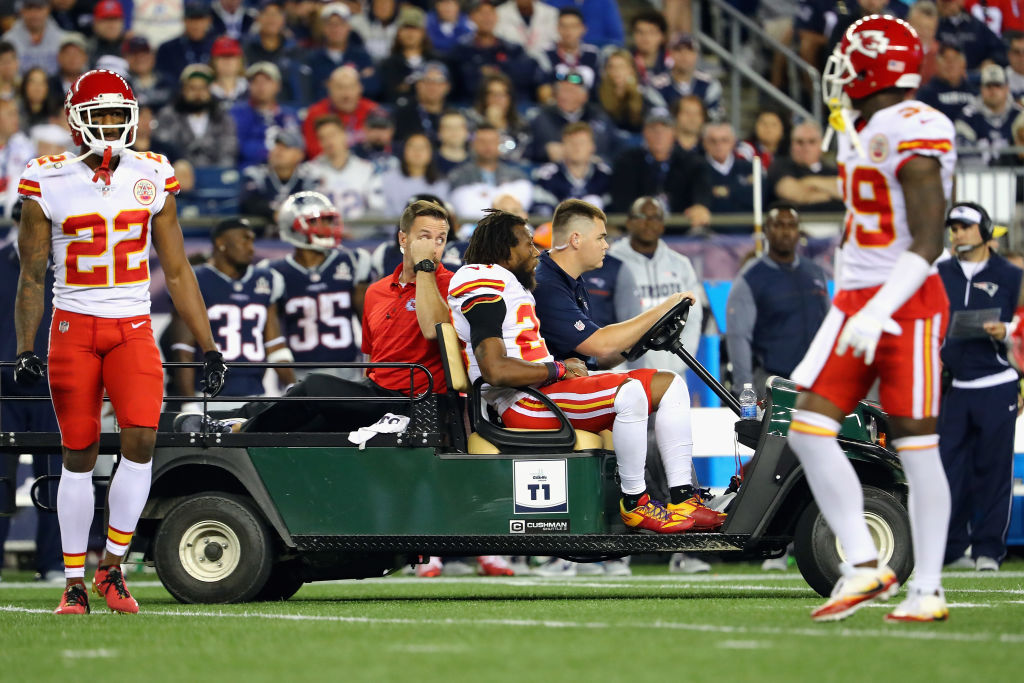 Eric Berry made his presence felt early and often in Thursday’s season opener against the Patriots, coming up huge on two fourth-down stops to thwart drives.

Unfortunately, the Chiefs may be without him for the rest of the season.

Berry hurt his Achilles on a non-contact injury while covering Rob Gronkowski, and here’s what the play looked like. He was carted off the field, and did not return to the game.

Head coach Andy Reid was asked about the injury after the game, and the news regarding Berry’s status does not appear to be good, although nothing is confirmed yet.

We wish Berry a speedy recovery, no matter the extent of the injury. He’s a great guy and such a difference-maker on the field.