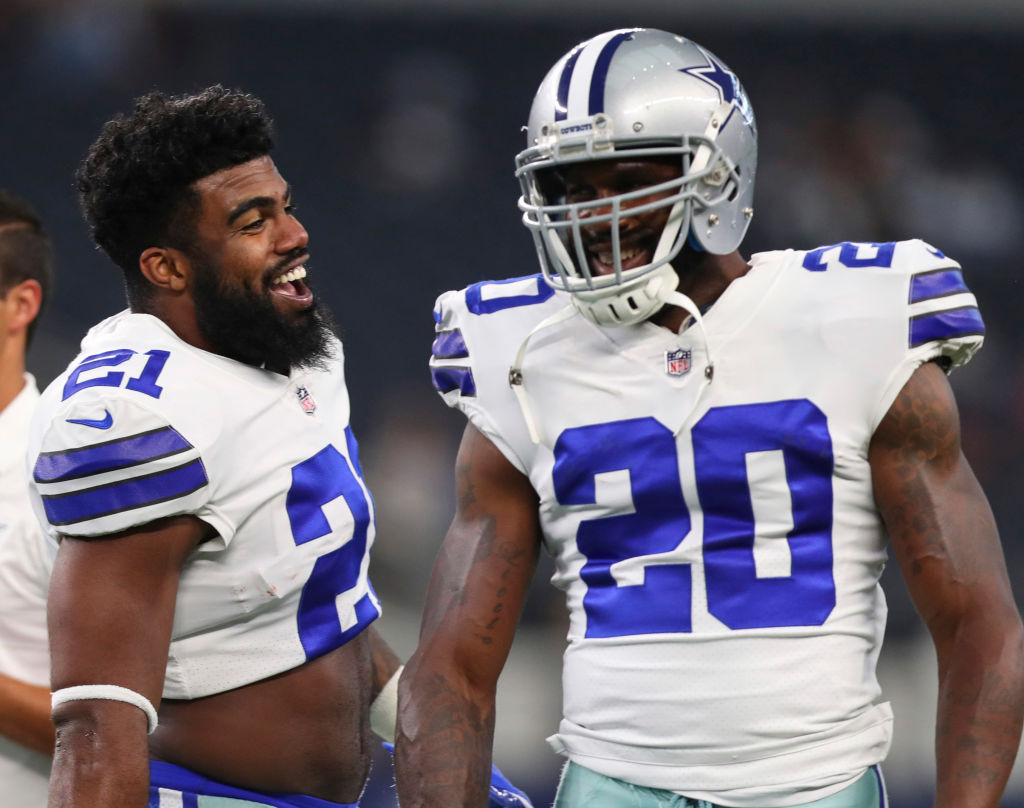 Dallas Cowboys fans can breath easy now that running back Ezekiel Elliott will be on the field for the entirety of the 2017 NFL season, it seems.

A Texas district judge blocked the NFL from imposing a six-game suspension, citing that “”Elliott did not receive a fundamentally fair hearing.” This doesn’t necessarily mean that Elliott won’t later be suspended, but the process will drag out and he should be on the field for all of the 2017 season.

It didn’t take long for Elliott to take to Instagram and weigh in about it, either. Zeke posted a photo of himself with a Meek Mill song playing along with it. The lyrics from the song speak volumes, and that’s why this was the caption that went along with the post.

“Momma told me if ya fall never stay down”

Momma told me if ya fall never stay down – @meekmill

We can expect a big game from Elliott against the Giants on Sunday night, with this ruling firing him up.  If you’re looking to wager on the game, we suggest visiting a Canadian online casino, where you can find good bonuses for Canadian players.