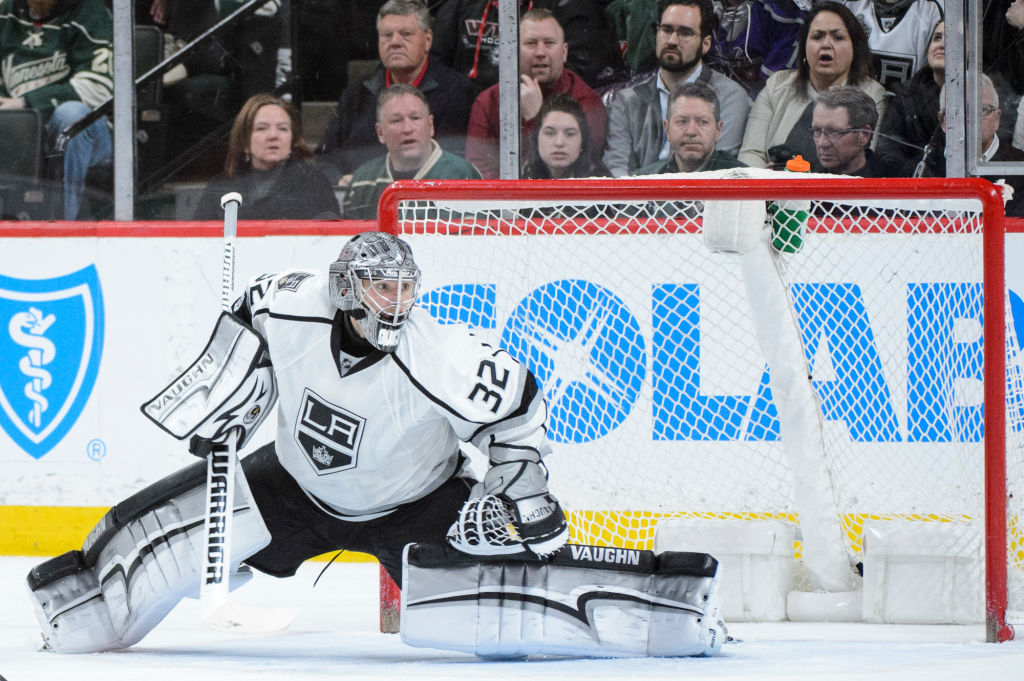 The NHL Network has been getting hockey fans ready for this season by ranking the top 50 players in the league.

And checking in at No. 46 is LA Kings goaltender Jonathan Quick.

Quick was limited to 17 games last season after injuring his knee in the Kings’ first game. He was 8-5-2 with a 2.26 goals-against average, a .917 save percentage and two shutouts.

In the past four seasons, he hasn’t had a goals-against average higher than 2.26 or a save percentage under .915.

Quick, 31, won at least 35 games in five of six full NHL seasons prior to last season and has consistently been in the top 10 in the League in wins, goals-against average and save percentage.