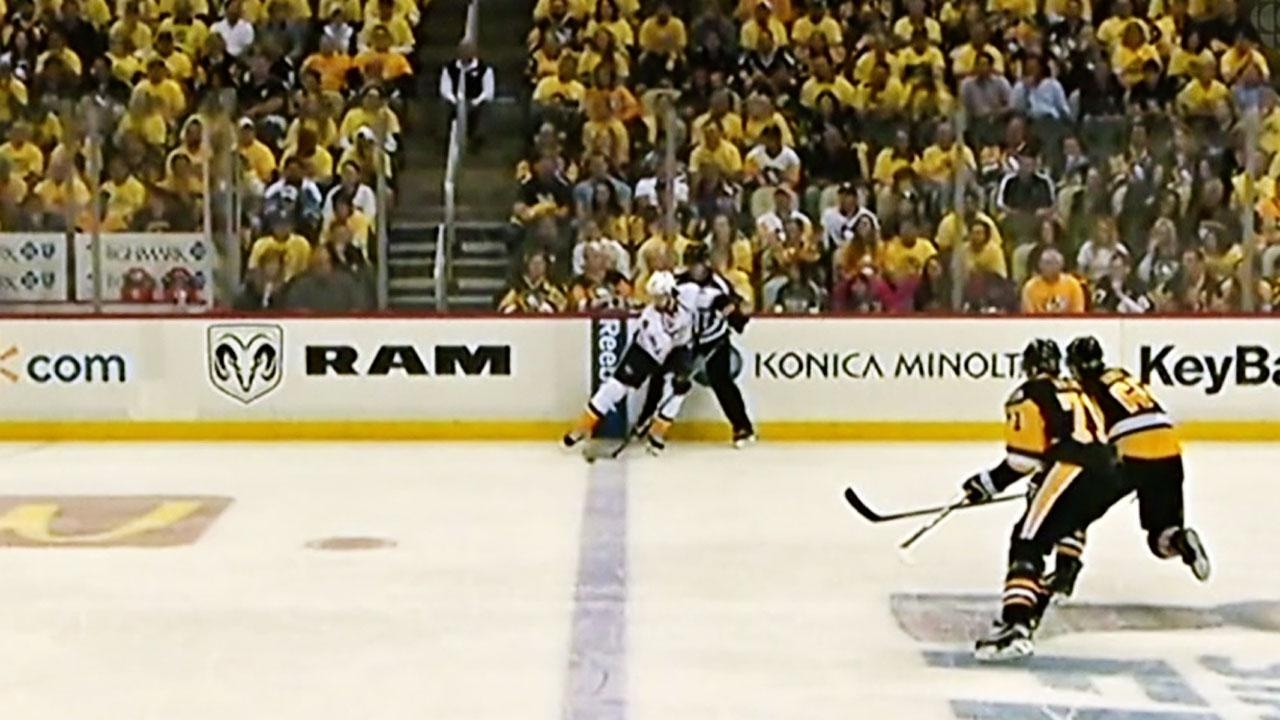 Sportsnet – The NHL is making a very interesting rule change for the 2017-18 season, introducing a harsher penalty for one particular video review.

From now on, a failed offside challenge will result in a two-minute penalty against the club asking for the review. It’s a potentially powerful infraction. Can you imagine a team in a tight game giving up a goal it thought was offside, losing the challenge, then having to withstand an immediate power-play opportunity? It’s going to make bench bosses much more wary — and ratchet up the pressure on video coaches.

Incorrect goaltender interference reviews stay the same — the loss of your timeout. That’s probably a wise decision, since there’s much more grey area than with an offside call.

Another adjustment that will have strategic impact. Teams are no longer able to call timeout after icing the puck. The other club can still do so if it wishes, but tired defenders won’t be able to ask for the extra rest.

Both moves should speed up the game and increase scoring/chances, which is what most of us want to see.

The final change is smaller, but also helps those with an offensive advantage. Previously, under Rule 80.4, a team on the power play that was guilty of playing the puck after a high stick saw the ensuing faceoff come deep into their own zone. Now, the team will gain territory (assuming the infraction is in the offensive end). Instead of going all the way down the ice, the faceoff will be in the neutral zone, close to the defending team’s blue line.

So this news came out about two days ago, but I still feel like it needs to be addressed. Just when we were all finally getting back into football season, the big swinging dicks over at NHL HQ decided to casually drop a few rule changes for the upcoming season. And let me be the first to admit, I don’t hate them at all (even though our very own Jesse Marshall HATES the new icing rule).

Let’s start with the biggest one – the new penalty for failed offside challenges. Let me tell you, this one’s really going to FUCK some teams. Let me give you an example how:

Game 1 of the 2017 Stanley Cup Final. The Preds came out on coke and flat out dominated the first ten minutes of the game. So much so that it didn’t even look like the Penguins belonged on the same ice. Do you remember what crushed Nashville’s first period momentum, though?

Filip Forsberg was literally offsides by a cock hair. But this was 2017. If the Penguins were to lose this challenge, the worst thing that could’ve happened is they would’ve lost their timeout. Big deal. It’s the Stanley Cup Final. Well worth the risk, in my opinion. Besides, we all remember what happened immediately after this, right? The Penguins went on to score three unanswered goals in a matter of about 12 seconds, and they ended up (somehow) winning the game.

If the new rule was in effect for this game, I’m not so sure the Penguins challenge this play. I know what you’re probably thinking, this is very much a “if your aunt had balls she’d be your uncle” scenario, but here me out for a second. You have to imagine the Penguins took a gamble on this challenge. I mean, look at this shit:

I can’t even tell if Forsberg’s skate’s in the air just by looking at this still frame, and I can sit here and stare it at for 24 hours until I make up my mind. Video coaches, on the other, don’t have that luxury. They literally have less than a minute to make up their minds. With that said, you have to imagine there’s no way in hell the Penguins would’ve challenged this play for fear of being wrong. Sure, maybe at the end of a game when there’s nothing to lose you throw out a challenge, but not in the first period. Going on the penalty kill immediately after giving up a goal would’ve been a death sentence for the Penguins in this game.

As for the alternative? If the Penguins decide to play it smart and refuse to use their challenge, well, they’re still down a goal. That scenario also sucks, but it’s much better than potentially giving the Preds a man-advantage, though.

All I know is there will be a few video coaches making crucial decisions with tight buttholes next year. But not, Sauce, though.

As for the other two rule changes, well, they aren’t as sexy, but they fall under the same reasoning as the offside challenge amendment – the league wants to promote more scoring.

Taking away the ability for teams to call a timeout after icing the puck is just another way to further punish teams for temporarily delaying the game. Tired bodies = better opportunity for fresh players on the opposing team to capitalize on potential scoring chances. Plain and simple. Jesse’s not happy about it like I mentioned above, but I can’t hate on the league for trying to make the game more entertaining for fans. Scoring goals puts asses in the seats.

Finally, having faceoffs 180 feet on the opposite side of the ice after teams on the power play high stick the puck in the offensive zone is fucking stupid. I think we can all agree this was a good rule change.