Your Morning Dump... Where it's Springfield's turn to shine. 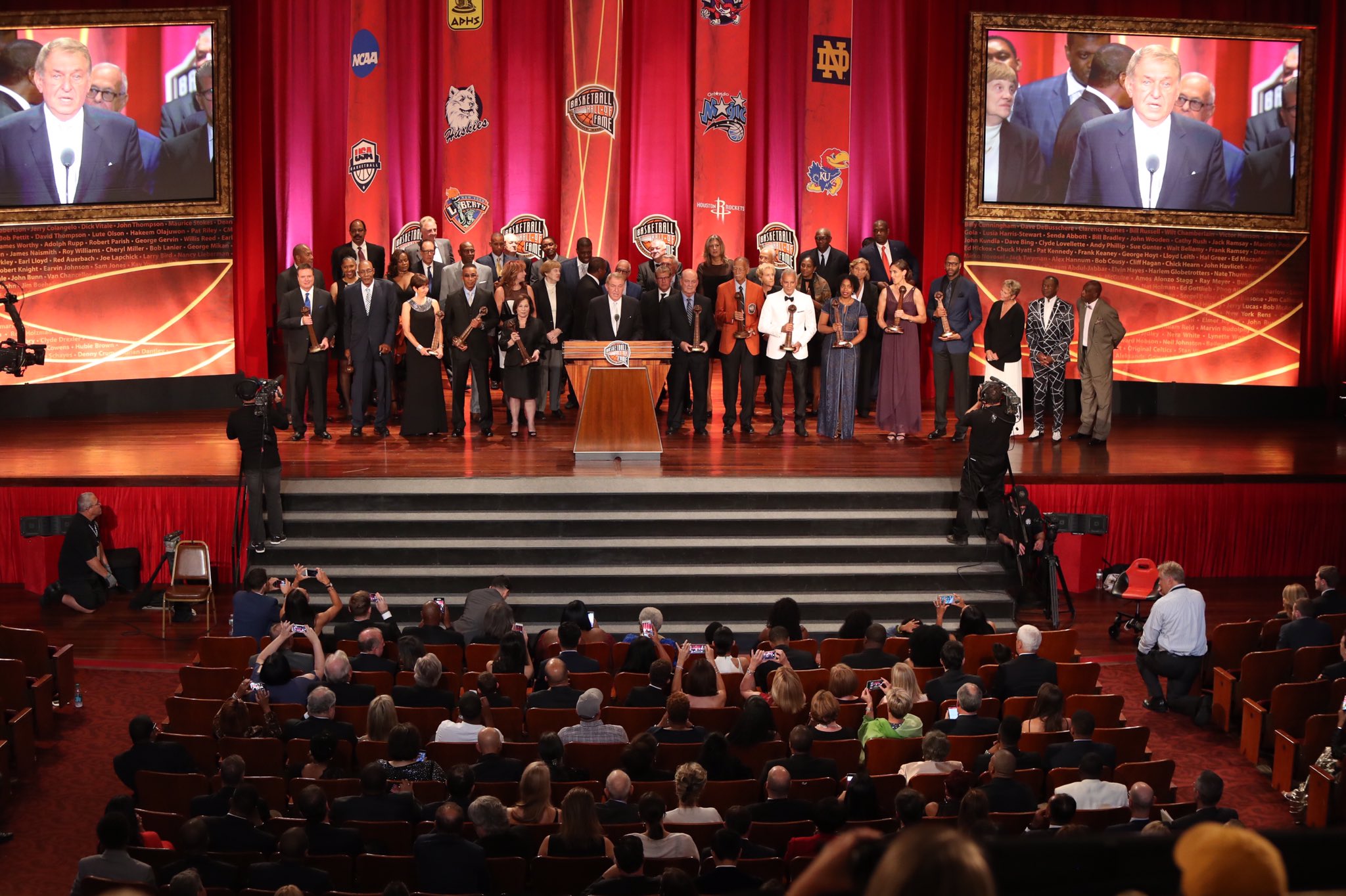 Your Morning Dump... Where it's Springfield's turn to shine.

And while Boston hasn’t hosted an NBA All Star Game since Barry Goldwater was running for president, every year, the hall of fame enshrinement brings a bit of spectacle to the area.

Anyway, last night eleven people from nearly every sort of basketball you can imagine were inducted into the Hall. Among those inducted were Tracy McGrady:

The rest of the inductees:

Kansas coach Bill Self (it’s always seemed a little iffy to induct coaches while they’re still active, but whatever).

Notre Dame coach Muffet McGraw (Muffet brought her Fighting Irish to Brookings, SD, a couple years back, which is something that, well, let’s just say Bill Self won’t be bringing the Jayhawks to Frost Arena anytime soon)

Former Globetrotter/owner of the Globetrotters Mannie Jackson (one of Mannie’s presenters was Jerry Colangelo, which seems appropriate since Colangelo spent last season as the GM of the NBA’s Washington Generals)

Nick Galis (who was once cut by Red Auerbach)

Robert Hughes, the reason why “Dunbar” means something to basketball fans (and who was also cut by Red Auerbach)

Tom Jernstedt, who presided over the transformation of the “NCAA Basketball Championship” into the “Final Four”, and who, in a testament to his good character, was fired by Mark Emmert, the NCAA’s answer to Roger Goodell.

Zack Clayton, this one goes way back. Played pro ball back when they had a center-court jump-ball after each made basket. He was part of the New York Renaissance and the Globetrotters.

Page 2: Where Cleveland is still a shabby, shabby organization

One source with direct knowledge of Thomas’ hip condition told The Athletic last week that he is dealing with more than just a tear. Some of those secondary issues in the hip he has played with for years now, such as a loss of cartilage and some arthritis, are complicating his healing process.

“No one has any idea how quickly this will heal or if it even will heal at all,” the source said. “It’s hard to predict.”

Here’s how The Athletic describes the author of this article:

Jason Lloyd is the NBA Lead for The Athletic covering the Cavaliers. Jason previously spent seven years covering the Cavs for the Akron Beacon Journal. His first book, “The Blueprint: LeBron James, Cleveland’s Deliverance and the Making of the Modern NBA” is due out this fall.

So, you be the judge: Did someone in the Boston organization violate IT’s HIPAA rights by leaking that tidbit to a guy who’s writing a glowing paean to LeBron and the Cavs? Or did that come from the same crapulent organization that spent a week spreading innuendo about IT’s hip, anonymously, and then getting all testy about it when asked on the record and in public about it.