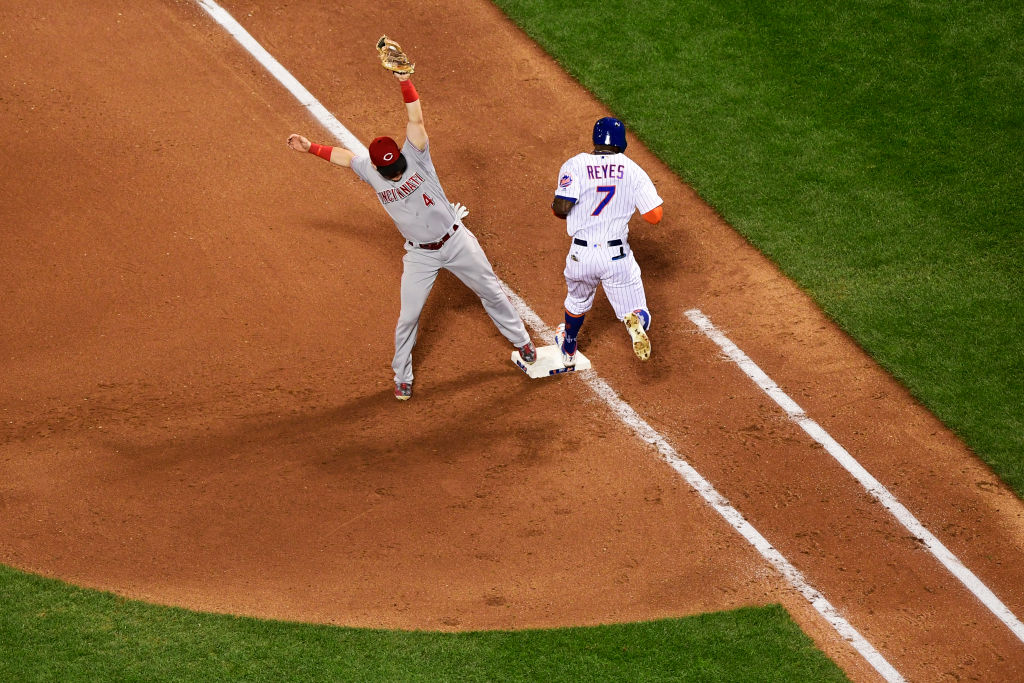 While most of the sporting world’s attention is on the first full Sunday of NFL football, the New York Mets (63-79) will look to wrap up a successful homestand. The Mets have won five out of their past six games and four in a row, including three straight over the Cincinnati Reds (61-82). The two teams will wrap up their four game set this afternoon as the Mets look to break out the brooms for a rare sweep opportunity. First pitch for the matinee affair is scheduled for 1:10 pm at Citi Field.

NEW YORK, NY – SEPTEMBER 09: Jose Reyes #7 of the New York Mets is tagged out at first base as Scooter Gennett #4 of the Cincinnati Reds makes the tag during the seventh inning at Citi Field on September 9, 2017 in the Flushing neighborhood of the Queens borough of New York City. The Mets won 6-1. (Photo by Corey Perrine/Getty Images)

The Mets will send their ace, right hander Jacob deGrom (14-9, 3.65 ERA), to the bump in search of his 15th win of the year. deGrom was hammered in his last start, giving up nine runs (six earned) in 3.2 innings in a loss to the Philadelphia Phillies last Tuesday. The Reds will counter with rookie right hander Sal Romano (4-6, 4.62 ERA). Romano pitched well his last time out, giving up two runs (one earned) in 5.2 innings against the Pittsburgh Pirates last Sunday, but was stuck with the loss due to a lack of run support.