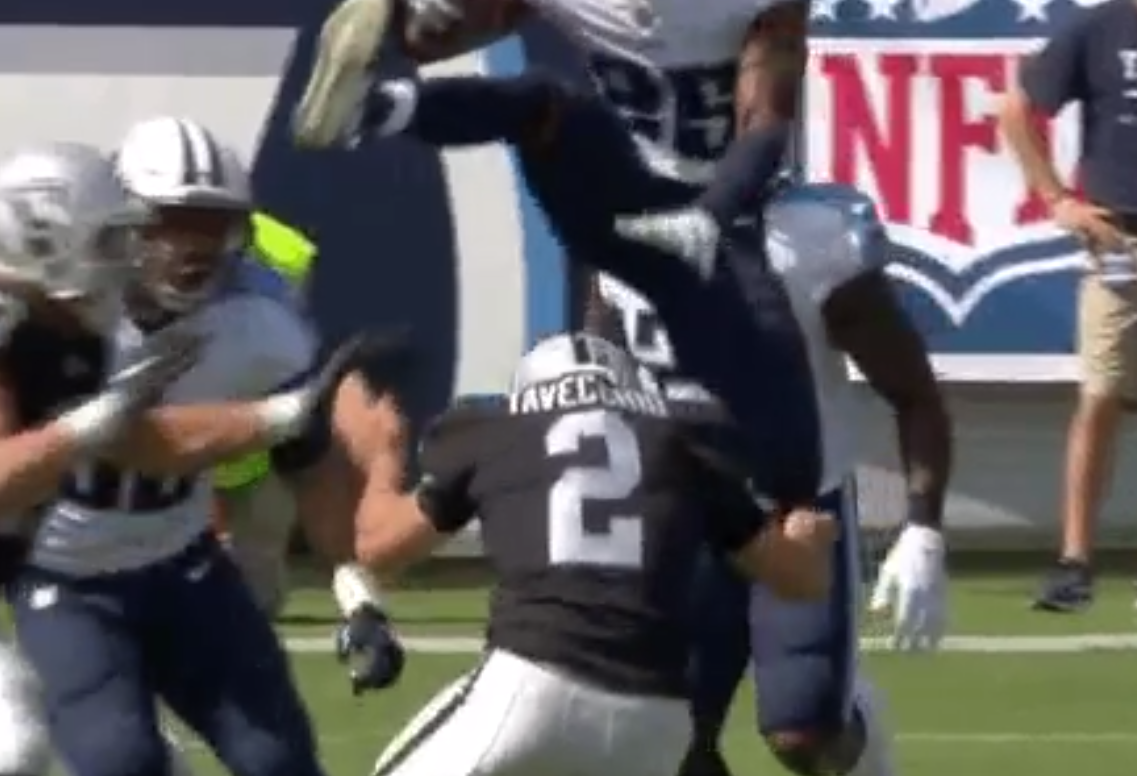 Titans rookie defensive back Adoree Jackson played in his first career NFL game on Sunday, and it didn’t take long before he showed off his athleticism.

After the Raiders drove right down the field for a touchdown — racking up 70 yards on only seven plays — Jackson fielded the kickoff and showed he has some serious ups.

He was met by Raiders kicker Giorgio Tavecchio, but Jackson wasn’t fazed. The Titans defensive back calmly leaped over him like it was no problem, and it was fun to watch.

We can expect more plays like that in the future from Jackson. He’s fun to watch.