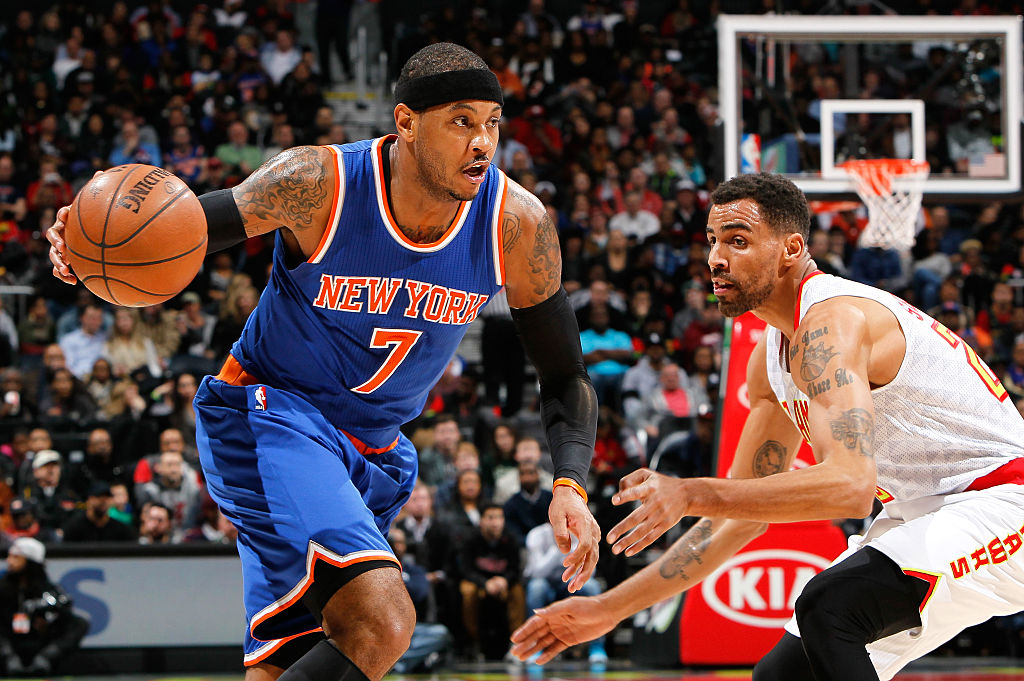 The month of September means NBA training camp is near, but players do not usually wait until the formal start at the end of the month to get together. Teammates arrive in their respective cities early (or meet up at a mutual location) and begin working out and scrimmaging with one another all month long.

As things currently stand, Carmelo Anthony will be returning to the Knicks for another season. Still, the speculation and drama surrounding a potential trade hasn’t exactly made coming back to New York a very inviting option. Anthony wants to compete for a championship, while the Knicks want to start fresh and build from the ground up. Sooner or later, this will need to include parting ways with the 33 year old.

For now, Anthony is preparing for another season as normal. The cloud of negativity that has hovered over his respective situation hasn’t prevented him from being a supportive and engaging teammate with those around him, reports David Pick.

League sources tell me that Carmelo Anthony has engaged with Knicks teammates as the start of New York training camp nears.

Sources tell me Melo has followed the progress of Porzingis, Kuzminskas and Hernangomez during EuroBasket, sending texts of encouragement.

The proof is in the pudding. Anthony has been seen working out, not only with good friends Lance Thomas and Tim Hardaway Jr., but also some of the team’s younger prospects like Frank Ntilikina, Chasson Randle, and Luke Kornet. If Anthony wasn’t interested in being involved and simply moving forward, he wouldn’t be taking the lead on this. Instead, he’s welcomed teammates new and old with open arms.

The issues Anthony had were with the Knicks’ front office (led by the ousted Phil Jackson), so it’s worth noting that he’s being the bigger man by not isolating himself and taking it out on his teammates.