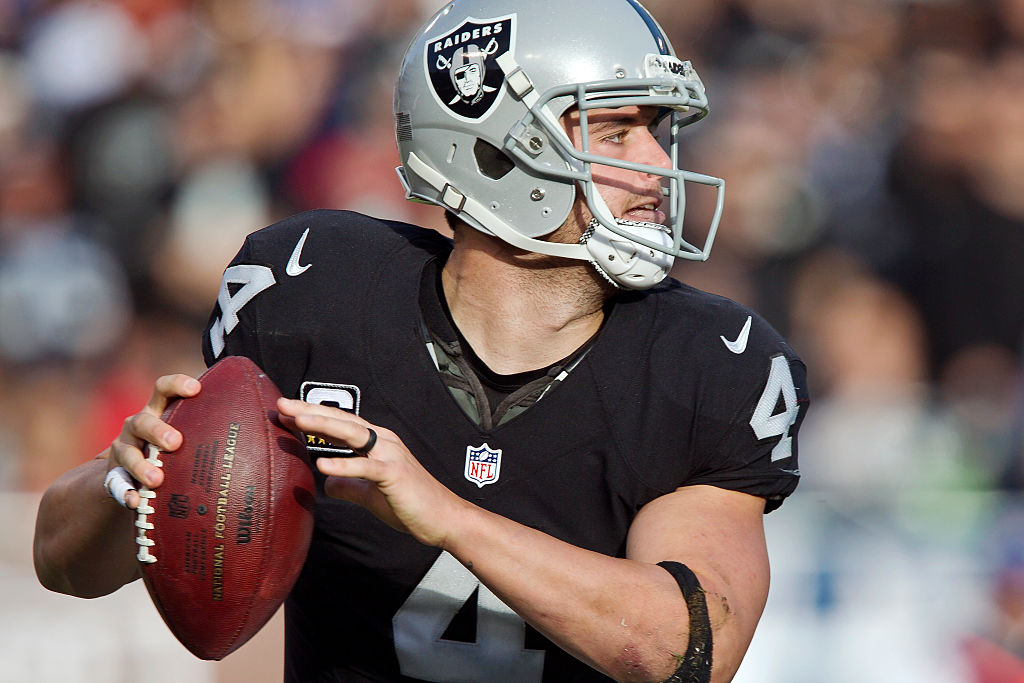 After months of waiting for football since the playoff loss to Houston in January, the 2017 regular season is finally upon us! The Oakland Raiders look to build from the teams 12-4 finish last season and their first playoff birth since 2002, with a week 1 matchup versus the Tennessee Titans. The Titans made some major strides last season as well, winning nine games for the first time since 2011. Marcus Mariota has his most talented team in front of him this season. Tennessee added former New York Jet Eric Decker and drafted Western Michigan great Corey Davis. The Titans feature a top eight offensive line and one of the best running back tandems in the league with DeMarco Murray and Derrick Henry. With that being said, lets look at five keys for a Raiders victory on Sunday.

1. Strike first – With expectations in Tennessee to win a division title this season, Nissan Stadium will be rocking Sunday. So new Offensive Coordinator Todd Downing and QB Derek Carr could dial up a long play right from the word “go” to keep the Titans secondary on their toes, or better yet, get on the scoreboard with a quick strike. A play that takes away the momentum and spirits from both fans and players, could give the Raiders an edge early in this game.

2. Attack through the air – Tennessee kept their opposition at bay last season with their run defense. The Titans ranked #2 in rushing yards allowed and rush attempts. So, the Raiders can attack Tennessee’s biggest weakness and force their defense to play more nickle coverages and widen the field at the same time. Thus, creating more rushing room and alleys for running backs Marshawn Lynch, Jalen Richard and DeAndre Washington to work their magic in this game.

3. Slow down the RB’s – The Titans offense was at their best when DeMarco Murray and Derrick Henry had the ball last season. Murray and Henry combined for nearly 1,800 yards rushing and 14 touchdowns last season. Not to mention, over 500 yards receiving. Defensive Coordinator Ken Norton Jr. will ask rookies Eddie Vanderdoes and Treyvon Hester, along with veterans Mario Edwards Jr and Justin Ellis, to control their gaps and force the bruisers outside. If the defense can’t slow the bell cows of Tennessee, it could be a long night for Oakland.

"I feel fresh and I feel ready to go.” #TitanUp

4. Contain Marcus – Third-year quarterback Marcus Mariota looks poised to make major strides this season. He’s dangerous when he’s moving in the pocket and making plays with his feet. The former Oregon Duck has increased his rushing totals each year he’s been in the league. What this means for the Raiders defense? Keep containment. Rookie Marquel Lee and potential strong side linebacker Cory James will be asked to mirror Mariota throughout the field. A very tough task for any player, let alone a rookie and a second year player.

5. Create Turnovers – With a defense that ranked in the bottom third in most defensive categories last season, Norton’s bunch actually dominated in one. The Raiders ranked #2 in forced turnovers, behind only division rival the Kansas City Chiefs. The defensive unit shifted the momentum in games with key turnovers and sometimes sealed the victory as well in 2016. The major contributors to these TO’s were Reggie Nelson, Bruce Irvin and 2016 DPOY Khalil Mack. So, if Mack and Irvin can get in the face of Mariota in this game, this could lead to forced fumbles from the tandem, but also errant throws into coverage.

Prediction: Even though Tennessee has some nice pieces on the roster, the Raiders have too much talent at key positions. The edge in quarterback and pass rushers go to Oakland. The Raiders have more weapons on offense and special teams compared to the Titans. Carr starts his MVP campaign with 300 yards passing and Lynch seals the game in the fourth quarter with a short yardage touchdown. The final score of the game will be Oakland 27, Tennessee 24.

If you have a prediction for the game or other keys to the game, putting them in the comments below.