Scottie Upshall heads to Vancouver on a professional tryout 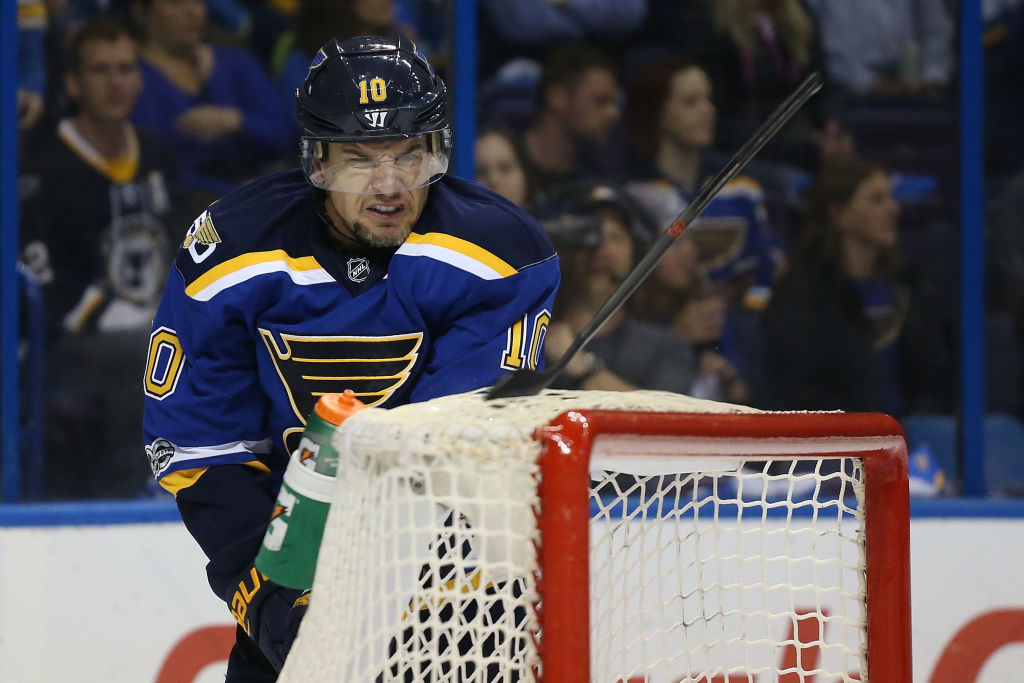 Scottie Upshall heads to Vancouver on a professional tryout

The St. Louis Blues are going to have a very different look on their fourth line this season. That’s a pretty obvious statement considering Ryan Reaves now calls Pittsburgh home, but it’s even more apparent now that Scottie Upshall has agreed to a professional try out with the Vancouver Canucks.

Scott Upshall coming to #canucks camp on a PTO.

Upshall’s departure isn’t too surprising considering the Blues haven’t offered him a deal and now have several new faces on the roster who could slide into a fourth line spot. Chris Thorburn will take over the enforcer role on occasional nights, replacing Reaves, while Oskar Sundqvist is expected to see time as a bottom-six forward. They, along with Beau Bennett, Dmitrij Jaskin and Magnus Paajarvi, should all see some time skating with the last familiar face from 2016-17’s fourth line – Kyle Brodziak.

Meanwhile, the 33-year-old Upshall still has some speed left in the tank and shouldn’t have an issue finding a new job. That being said, there are never any guarantees. Other aging veterans have had a difficult time finding work despite still having some skill (Jagr).

Will the Blues find as much success on their fourth line this season as they did last season? That remains to be seen, but it’s going to take some time to see how all of these new faces gel with one another. As tempting as it may be, fans should avoid jumping to any quick conclusions. The Blues have decided to shake things up on the bottom half of their roster and will need all of their new faces to step up in order to match previous successes.