#TribeTopThree 9/10: Fracisco Lindor is happy that the Indians have won 18 games in a row 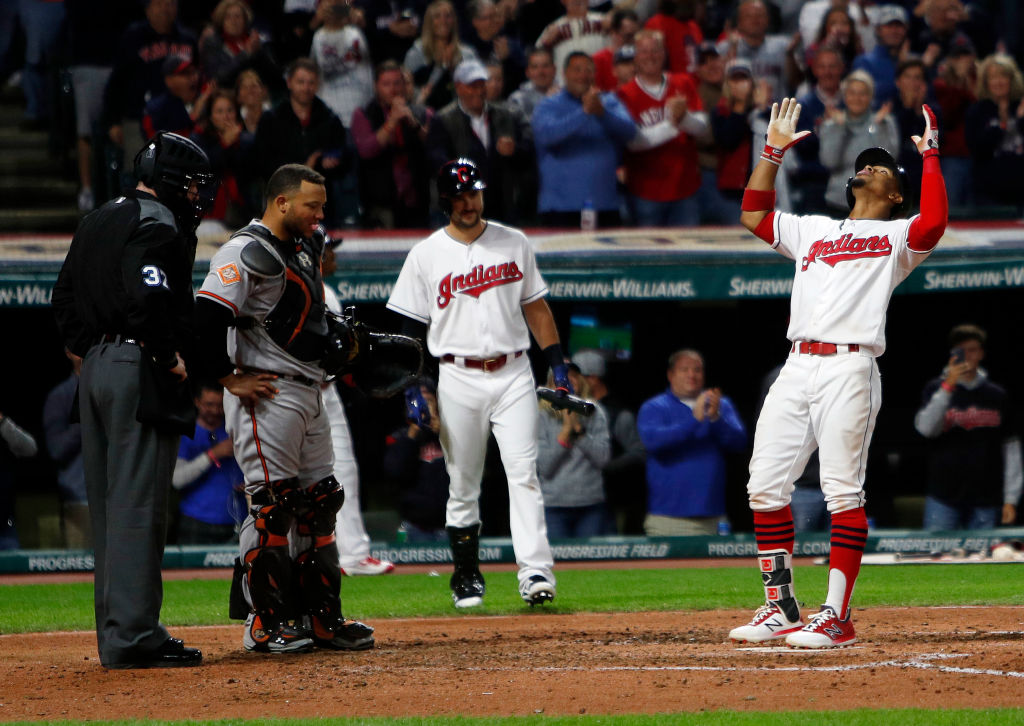 #TribeTopThree 9/10: Fracisco Lindor is happy that the Indians have won 18 games in a row

As we’ve said 17 times in the last 18 games, the Indians scored first. This time, it was the recently returned Jose Ramirez who knocked in Francisco Lindor after he doubled and moved to third on a bloop single. However, it would turn out that Lindor’s opposite field double would be the Indians only legitimate hit against Jeremy Hellickson over the first five innings.

At the same time, Trevor Bauer made his mark on national TV. Despite being unable to throw his curve for strikes early on, he allowed just four hits over the first five innings while striking out six. Most importantly, he didn’t walk or hit a batter. The Orioles did manage to tie the game off Bauer in the sixth on a Manny Machado double and a single from Jonathan Schoop. While the game was tied, Bauer induced his second double play of the game against the following hitter to end any threat.

Not one to fall in a tight spot, Roberto Perez finally broke the wall that was Hellickson with a solo home run to left in the bottom of the 6th to regain the lead. Immediately after, Francisco Lindor used Abraham Almonte‘s bat to hit what may have been his most prodigious of his 29 home runs, giving the Indians a two run advantage.

Bauer would last just one more out, giving up a home run to Chris Davis in the 7th that pulled him from the game. Joe Smith would relieve Bauer and quickly end the threat before Tyler Olson and Nick Goody combined for a perfect 8th. Cody Allen finished things off with a couple strike outs to extend the Indians winning streak to 18 games.

With a home run in his second at bat, Perez finally reached safely against Hellickson and regained the lead for the Indians.

Bauer went 6.1 innings, struck out 7 and allowed seven hits. He didn’t walk a batter and gave up just two runs, leaving the game in the 7th with the lead.

Lindor’s double to start the game lead to the Indians early lead and he may still be smiling after his home run to extend the lead in the sixth.

Cody Allen struck out two in a perfect ninth.

Tribe Time Tomorrow: After sweeping their fifth straight series including a four game set against Detroit, the Indians will play three more against the Tigers in Cleveland starting Monday night at 7:10 PM. Right hander Myles Jaye will make his first career start after a couple relief appearances and he will face Carlos Carrasco looking for the Indians 19th straight win.