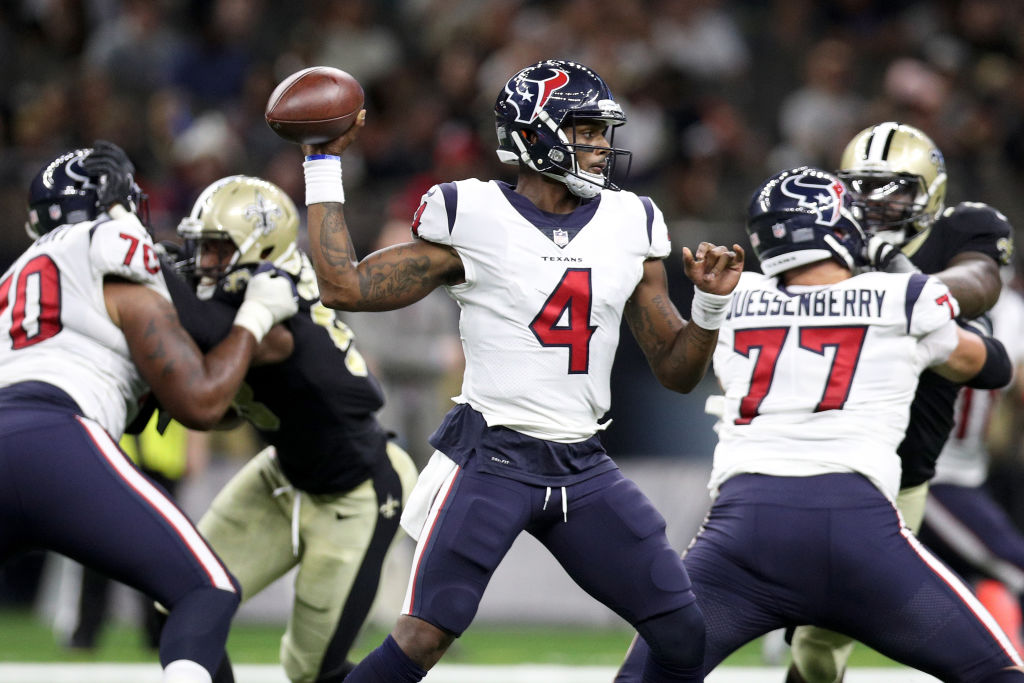 Texans rookie quarterback Deshaun Watson got his chance to start in his first career NFL game even sooner than we thought he would.

After Tom Savage stunk it up in the first half, with two fumbles, Watson entered the game to play in the final two quarters, and made the most of his opportunity.

He led the team on a 14-play, 75-yard drive, which was capped off by his first career touchdown pass. Watson faked the handoff and then found DeAndre Hopkins in the back of the end zone for the four-yard score.

It looks like Watson is already making his presence felt. This could be his team going forward.