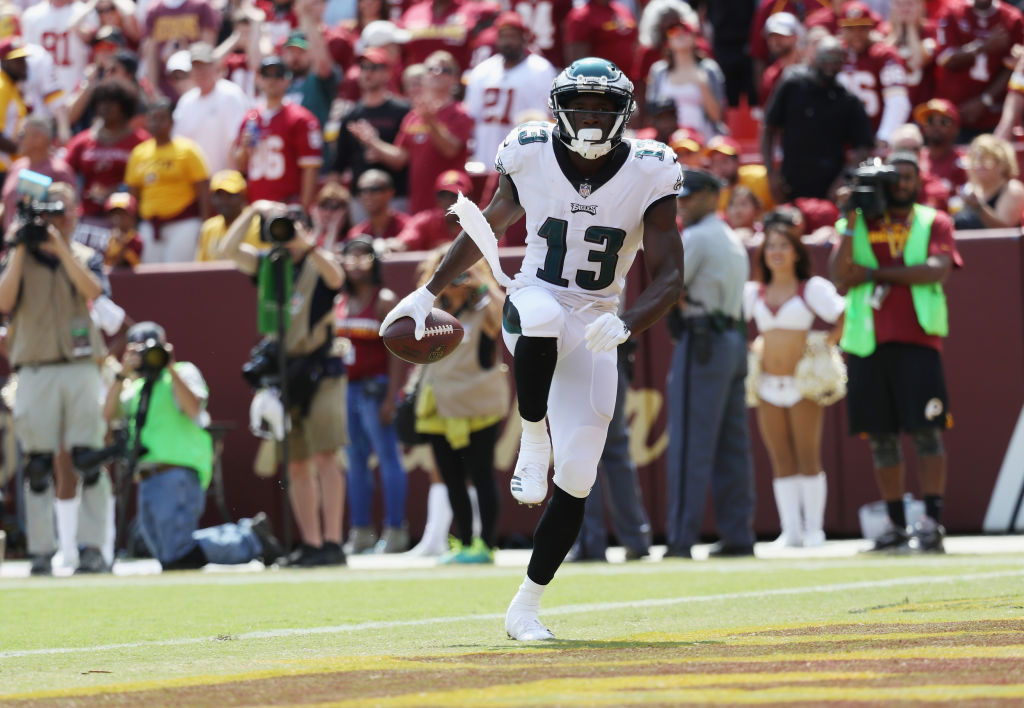 Week one of the NFL season is in the books for the Philadelphia Eagles, and it was a time of celebration as the Eagles took down the Washington Redskins by a final score of 30-17.

The Eagles defense came out firing as the Redskins took the first possession of the game. After just one conversion, the Eagles quickly got quarterback Kirk Cousins and the Redskins offense off the field thanks to a huge pass break-up by linebacker Nigel Bradham.

Carson Wentz and the Eagles offense kept the momentum going on their first possession of the game. After facing pressure throughout the first few plays, Wentz showed why he is one of the most elusive quarterbacks in the league, escaping pressure to find Nelson Agholor for a 58-yard touchdown.

The defense did not take their foot off the pedal as they would soon get their first turnover when all-pro tackle Fletcher Cox recorded a strip sack on Cousins, giving the Eagles back possession. Unfortunately, the Eagles would cough up a turnover of their own as Wentz’s backward pass attempt to Agholor would result in a fumble recovered by the Redskins.

The turnovers wouldn’t stop there, however, as Washington’s return-man Jamison Crowder muffed a punt which was recovered by Trey Burton. This time, the Eagles would capitalize with a drive resulting in a one-yard touchdown reception by running back LeGarrette Blount.

Later in the first half, the turnover game would continue, this time with a tipped Wentz pass sailing into the hands of linebacker Ryan Kerrigan for a Redskins pick-6.

The Eagles also suffered a massive setback in late in the half as cornerback Ron Darby was carted off the field with a right ankle injury.

There would be a couple lead changes just before the half, first with the Redskins taking the lead with a 29-yard catch and run by running back Chris Thompson.

In the final seconds of the half, Caleb Sturgis would hit a perfect 50-yard field goal to put the Eagles back on top.

The second half started with a trade-off of field goals, first with Sturgis extending the Eagles’ lead from 42 yards out before Dustin Hopkins would cut into the lead with a 33-yarder of his own.

Just as the Redskins were knocking on the door of regaining the lead early in the fourth quarter, cornerback Jalen Mills came up with a huge interception at the goal line.

After a Sturgis 37-yard field goal to extend the lead, the defense sealed the deal as Brandon Graham swatted a Cousins pass attempt, forcing a fumble that was taken to the house by Cox.

Next week, the Eagles will head to Kansas City to take on former Eagles coach Andy Reid and the Chiefs, who are coming off a victory over the Super Bowl champion New England Patriots. Kickoff is set for 1 p.m.