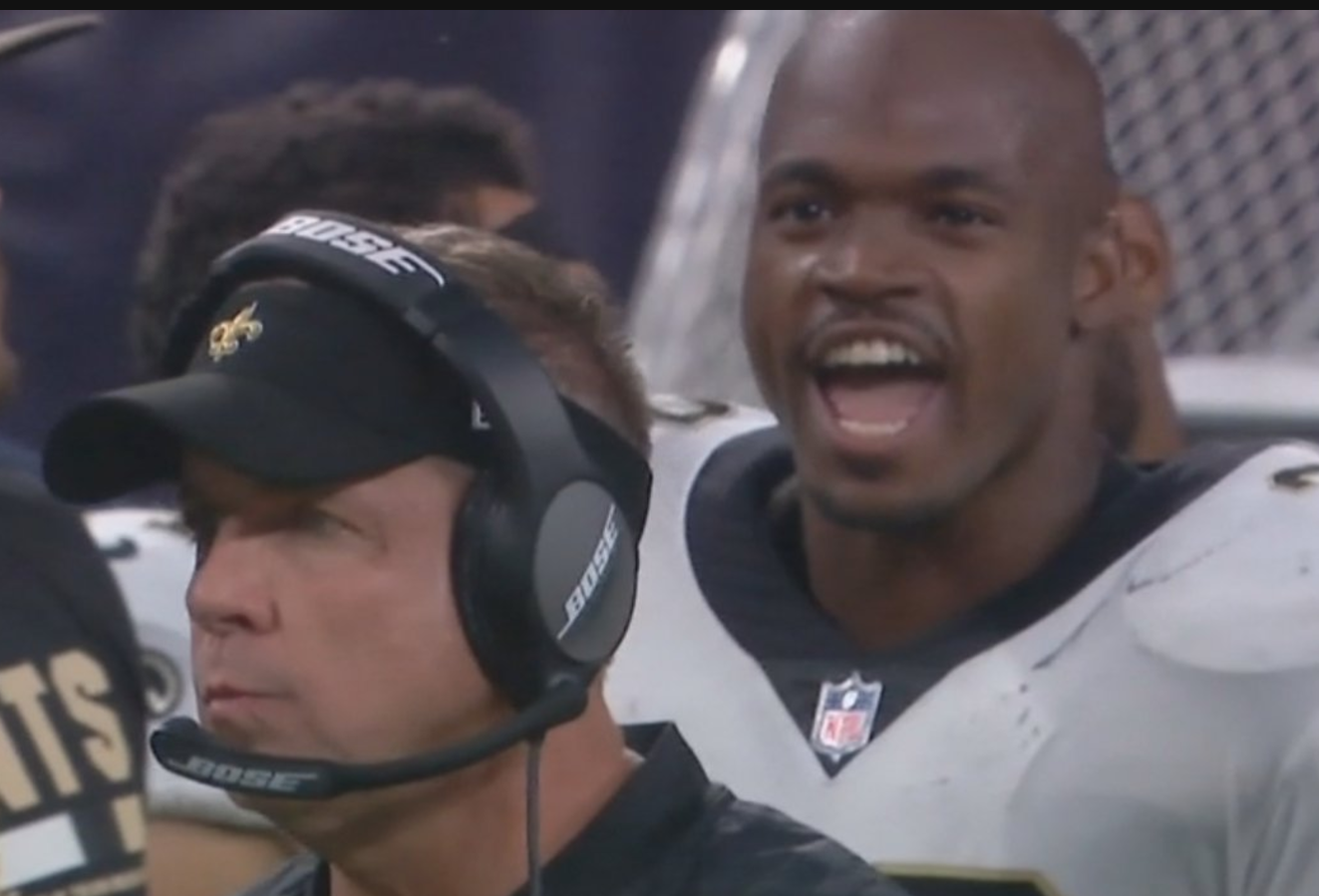 All eyes were on Adrian Peterson in his first game with his new team, returning to the place he called home for 10 years.

And while he may have been playing with a chip on his shoulder, we saw more attitude from him off the field than on it. Peterson racked up only 18 yards on six carries, and was stymied throughout the night. On the other side of the ball, Vikings rookie running back Dalvin Cook broke Peterson’s rookie rushing yard in a season opener, with 127 yards.

Peterson appeared to be frustrated by his lack of touches as well, which was evident multiple times on the sideline. On one particular instance, he was seen throwing up his hands when Mark Ingram was running off the field, and Alvin Kamara entered the game instead of him.

Not too long after, the Twitterverse erupted when Peterson was seen having some words for head coach Sean Payton. Payton then turned around, and Peterson slowed his role.

It appears that Peterson was none too pleased about his lack of touches in the game, and he let Payton know about it.