After shelling out $122 million last offseason— $72 million for Joakim Noah and $50 million for Courtney Lee— the New York Knicks didn’t have much cap space to work with this offseason. The main acquisition of the offseason was signing Tim Hardaway Jr, who inked a four-year, $71 million offer sheet with the Knicks. Hardaway Jr, who was originally drafted by New York in 2013, returns to the Big Apple and is looking to be a key part of the Knicks’ rebuild.

The trade discussions involving Carmelo Anthony have consumed the entire offseason. The forward is on the books for $26.2 million this comingseason and has 15% trade kicker (around $8 million), which could be waived so a trade could be worked out. Anthony has a $27.9 million player option for the 2018-19 season and will probably opt-in for the final year of his contract.

While it’s been widely reported that Anthony’s preference is to go to the Houston Rockets, the Knicks are still not close to a deal involving the All-Star, per Ian Begley of ESPN. It’s more likely that Anthony joins the Knicks for training camp.

After a poor first year in New York, Noah is looking to bounce back in his second season in the Big Apple. While his game has regressed and he will be returning from an injury, the team owes him $55.5 million. The two-time All-Star is set to make $18.5 during the 2018-19 season and $19.2 million in the final year of his contract.

Lee is entering year two of his four-year deal. Despite being on the books for $11.7 million this season, the Knicks have received interest in trade talks on Lee. The nine-year veteran will make $12.25 million for the 2018-19 season and $12.75 the following season. Along with Lee, Kyle O’Quinn was also mentioned in trade talks over the summer. Last season, he showed his value by stringing together a number of productive games. With the frontcourt depth the Knicks have, it makes sense the team attempted to trade him. O’Quinn is set to make $4 million next season and has a $4.2 million player option for the 2018-19 campaign. Two players who signed deals during last offseason were Lance Thomas and Mindaugas Kuzminskas. Thomas will make $6.6 million next season, while Kuzminskas will make around $3 million.

This summer, New York added two veteran guards in Michael Beasley and Ramon Sessions. Beasley signed a one-year deal at the veteran’s minimum, Begley reports. Sessions is set to make $2,328,652 for the 2017-18 campaign.

When it comes to the Knicks’ young players, New York picked up their team option on Kristaps Porzingis for the 2018-19 season. A young, talented player like Willy Hernangomez will also play a role in the youth movement. He is set to make $1.4 million the next two seasons and $1.5 million during the 2019-20 season. After a productive rookie season, the Knicks re-signed Ron Baker for two years at $8.9 million. Baker will make $4.3 million next season and has $4.5 million player option for the 2018-19 season. The team added two young, promising players (Frank Ntilikina and Damyean Dotson) in the 2017 NBA Draft. The rookie point guard is set to make $3.5 million next season. In terms of Dotson’s deal, the first two years of his contract are guaranteed. He will make $1.1M in 2017-18 and $1.4M in 2018-19, per Bobby Marks of ESPN. As Marks pointed out, the Houston product has a $1.6 million salary in 2019-20, but it’s not guaranteed and has trigger dates embedded.

The Knicks signed Jamel Artis and Xavier Rathan-Mayes. Both players have an Exhibit 10 in their contract. According to Marks, each player would receive $50,000 if waived by New York and spend sixty days in the NBA G League. With one two-way contract left, both Artis and Rathan-Mayes will likely compete in training camp for the final two-way contract spot.

A lot can change from now until next offseason, which could affect New York’s cap space. With a youth movement happening in the Big Apple, there’s a chance veterans like Anthony, Lee, and others will be on the move. Only time will tell. 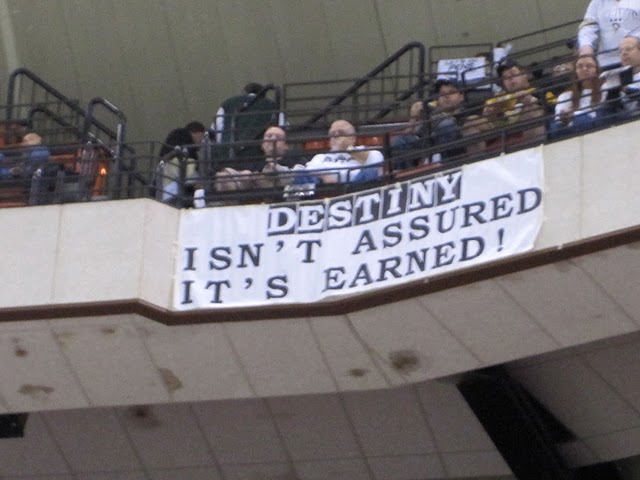 The Patriots could not have been too happy with the field condition on Thursday night when they lost to the Kansas City Chiefs 42-27 because...